(RNS) — I am not writing to “cancel” Warner Sallman or his portrait depicting Jesus as a blond, blue-eyed European. In our “cancel culture,” many symbols, icons and monuments are being pulled down, voted out, or even lawfully removed by local governments. But as Christians we believe in redemption and discipleship, and as a minister in the church that originally commissioned Sallman’s 1924 Covenant Companion magazine cover drawing, I am hoping to offer some correction.

The story of the Evangelical Covenant doesn’t end there. Instead it tells how change is possible and how hope prevails. I know there is hope for us in Jesus, and I believe as a society this is a teachable moment, one in which we can do better, evolve, grow and even strengthen cross-cultural relationships.

The spoils of majority culture carry with it the ability to set the narrative, and Sallman’s art was not just the creation of his imagination, but the offspring of a narrative that America has been telling for some time. It has been challenged by subsequent generations who are viewed as “somehow less American and foreign,” as Emily Miller wrote in her recent article, though the blood of their ancestors cries out from the soil. “The Covenant Companion” cover in 1924, featuring a Warner Sallman sketch of Jesus. Image via covenantcompanion.com

We find ourselves in just such a season, but the Evangelical Covenant Church is most definitely not the Swedish Covenant Church anymore. We have expended into a mosaic of mission friends who are called into covenant with God and one another.

When I was a young man, “white Jesus” was a fixture in plenty of black homes and churches along with images of Martin Luther King, Jr., John F. Kennedy and on occasion, Malcom X. My father, an artist, inspired me to take a course in college on Christian art. In that class I learned people and cultures often imagine and depict Jesus in their own image. This was the first time I saw “Chinese, Coptic and African Jesus.” It was fascinating and beautiful for me to witness.

This tradition of imagining Jesus from different ethnic and cultural perspectives continues to this day, and we should avail ourselves to these other perspectives.

It’s important to acknowledge that Sallman’s art was similarly well-intended. However, intent and impact are two different things. The image caused many to link the image of Jesus with the very real experience of racism at the hands of some white people and institutions. It reinforced a sinful narrative of white supremacy that has resulted in painful and deadly abuses of Black and Indigenous people and others who dared to stand with the oppressed.

Today the Evangelical Covenant Church is a leading multi-ethnic, global evangelical movement. As the executive minister of the church’s Love Mercy Do Justice ministry, I have the privilege of helping our church join God in making things right in a broken world. Racism in all its forms is sinful and represents a brokenness we are called to aggressively confront. We can’t fix what we’re not willing to face.

Today we celebrate the power of our diverse identity. Similar to the vision in the New Testament’s Book of Revelation (“before me was a great multitude that no one could count, from every nation, tribe, people and language, standing before the throne and before the Lamb”), our members come from many different nations. We are committed to reaching all ethnicities and inviting them in.

We continue to use our voice as a church to call for justice and expose the sin of systemic inequality. The Evangelical Covenant Church has a dedicated full-time director of racial reconciliation who is committed to curating resources and developing immersive discipleship experiences aimed at facilitating healthy cross-racial relationships. 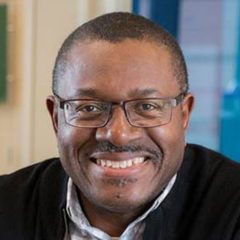 Thanks to the RNS piece, many people saw the 1924 Covenant Companion. I hope people will read the September 2020 Covenant Companion that is completely devoted to biblical justice and related topics. The Evangelical Covenant Church has come a long way, and we have quite a ways to go, but the art we’re creating today reflects the beauty and diversity of God’s Kingdom.

(Paul Robinson is the executive minister of Love Mercy Do Justice of the Evangelical Covenant Church. The views expressed in this commentary do not necessarily represent those of Religion News Service.)