CHICAGO (RNS) — Wheaton College has fired its chaplain over allegations of “inappropriate comments and actions of a racial and sexual nature toward other staff.

“We recognize that this is painful news. As our community experiences brokenness, we also recognize our ongoing need of restoration and reconciliation,” Ryken said.

“We lament this situation and pray for all who have been affected by these events, as well as for Reverend Blackmon and his family.”

Blackmon did not engage in “sexually immoral relationships” or “physical sexual misconduct,” Ryken clarified in his email. However, the college president said, the chaplain’s conduct was “inconsistent with Wheaton’s policies and commitments.” 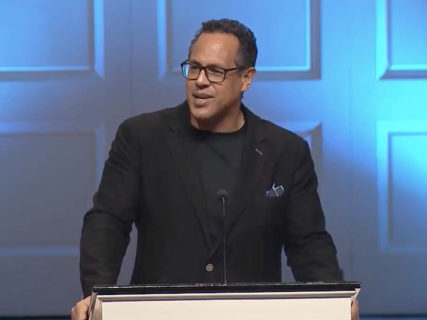 Reached Monday by Religion News Service, the college declined to comment further on what that conduct was or which policies and commitments it violated.

Ryken’s email said only that the allegations were investigated by outside professionals, followed by a trustee review process.

The Chicago Tribune reported that the allegations date to late last year.

The investigation wrapped up in April after more than four months, according to the Tribune. Blackmon continued to serve as chaplain until he was fired on May 26, it said.

The college decided to share information about his dismissal “because of the unique role of the Chaplain as one of Wheaton’s primary spiritual leaders,” Ryken said in his email. The chaplain’s office supports students’ spiritual formation on campus, according to Wheaton’s website.

Earlier this year, Wheaton also announced it was rescinding the title of professor emeritus from a longtime professor, Gilbert Bilezikian, after an investigation turned up new allegations of “inappropriate and unprofessional conduct.”

“It grieves us when any community member falls short of the College’s standards, and our prayers and sympathies are with those who experienced these policy violations,” Ryken said of Blackmon’s dismissal.

Blackmon could not be reached by RNS for comment.

He became the sixth chaplain of Wheaton College in 2015.

Previously, he was the senior pastor and head of staff of The American Protestant Church of The Hague in the Netherlands, where he was raised, according to the Christian Reformed Church. He was ordained by the CRC and graduated from Calvin Theological Seminary in Grand Rapids, Michigan.

A subsequent email from Ryken announced that the Rev. Greg Waybright would step in as interim chaplain at Wheaton College, moving into the role full time in August.

Waybright — a Wheaton College alum and former president of Trinity International University in nearby Deerfield, Illinois — recently retired as the teaching pastor of Lake Avenue Church in Pasadena, California. He joined Wheaton’s board of trustees in 2010 and will take a leave of absence from the board while serving as chaplain.