BERGAMO, Italy (RNS) — In an entrance hall to Azzano San Paolo, Bergamo’s only Islamic cemetery, hang the names of 43 Muslim community members who died during this northern Italian city’s disastrous and dispiriting experience with the COVID-19 pandemic. Among those remembered are Jawad El Mehdi’s grandparents, Ahmad and Malika Jawad.

“They were the pillars of the Jawads,” said El Mehdi, a 21-year-old Italian who was born and raised in Bergamo. His grandparents emigrated from Casablanca, Morocco, in 1990. They are among the more than 16,800 people in Lombardy who died of complications related to COVID-19 since February.

While Jawad’s family was unable to provide his grandparents with a traditional Islamic funeral due to Italy’s lockdown measures, they had the rare luxury, for Italian Muslims, to be buried in an Islamic cemetery. Before the pandemic struck, fewer than 60 of Italy’s 7,903 municipalities had a dedicated Islamic cemetery, in a country that is home to more than 2 million Muslims.

The limited number of burial spots has to do with the peculiar relationship between Italy’s Muslim community and Italy’s local officials. According to a 2019 U.S. State Department report on religious freedom, there were “only five mosques that Italy’s regional governments and Muslim religious authorities both recognized.” The faith’s other 1,200 religious centers nationwide are registered simply as nongovernmental organizations.

Despite a push to fill that legal void in 2017, “Muslims continued to experience difficulties in acquiring permission from local governments to construct mosques or to continue operating existing ones,” the report said.

Before the COVID-19 emergency, Italy’s Muslims didn’t regard the cemetery shortage as a priority. The living were more concerned with where to pray, with some resorting to so-called garage mosques. These makeshift places of worship have been connected, with little evidence, to terrorist activity and radicalization, especially since the radical cleric Abu Omar was abducted in Milan in a controversial CIA rendition in 2003. 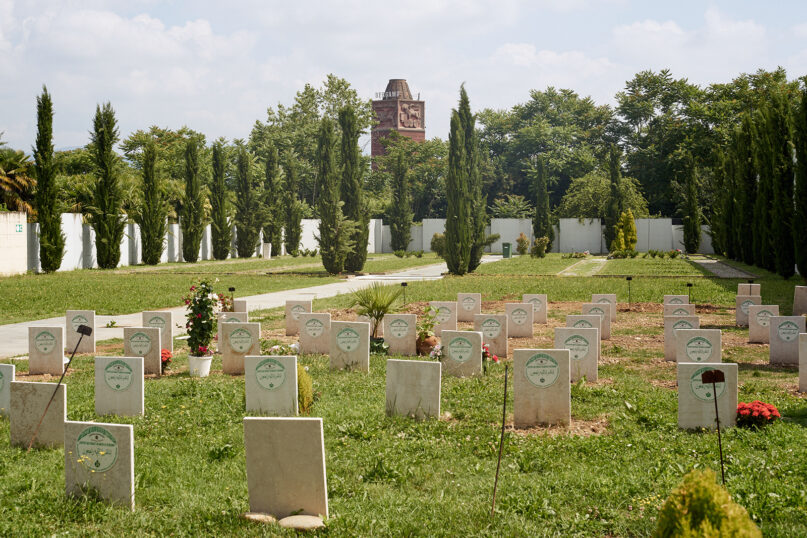 But many in the Muslim community say the linkage to terrorism amounts to prejudice, mostly from right-wing parties. In 2015, legislators on the right proposed and passed a law to map the “Muslim cultural centers” and introduced a national registry for imams in order to aid police counterterrorism operations.

“Under the excuse of terrorism, people are forced to pray in garages and basements, even on the sidewalks, denying them the right to open a mosque,” Somali Italian writer Shirin Ramzanali Fazel recently wrote.

With few places to pray, there were even fewer places to bury the dead. According to Islamic tradition, cremation and interment above ground are forbidden. A body must be buried after a purifying bath, usually within 24 hours of death and with the head of the deceased facing toward Mecca.

Muslim migrants to Italy often pay thousands of euros to repatriate the body of a loved one to the person’s country of origin. According to a 2018 paper issued by the Initiative for the Study of Multiethnicity, a think tank that studies the impact of migrants on Italian society, roughly 90% of relatives of the dead preferred to repatriate the body of a Muslim family member.

The pandemic brought the issue of burial space to the forefront. Since Italy stopped allowing bodies to be sent out of the country on March 1, many had to be buried on Italian soil, and the stricture to hold the burial within 24 hours could not always be honored.

In one case, a Macedonian family in the province of Brescia had to keep the body of one of its members enclosed in a coffin at home for a week because the city in which the family lived lacked an Islamic burial ground, according to the Union of Islamic Communities and Organizations in Italy, or UCOII.

“In March and April I received calls almost every day with people who didn’t have a place to bury (their) parents,” explained Yassine Lafram, the head of UCOII. 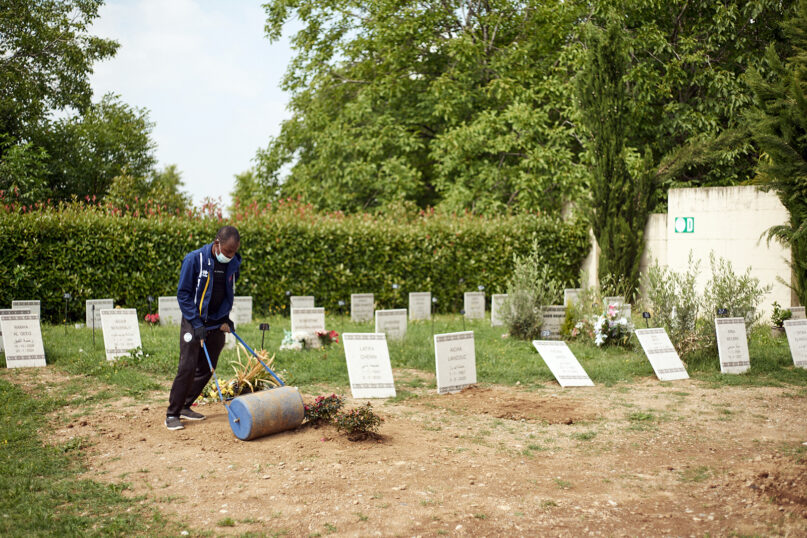 A worker smooths a recent burial site at the Azzano San Paolo Islamic cemetery in Bergamo, Italy, in June 2020. Photo by Luca Quagliato

In Italy, a body is supposed to be buried in the person’s city of residence, but, given the shortage of burial plots for Christians and Muslims alike, mayors across the country relaxed such regulations.

“The paperwork is not easy, but there are many municipalities which are trying to help with the virus and save some space for the Muslims. … (Few have) a building like the one in Bergamo,” Lafram said.

Some in Italy still wish to limit the number of Islamic cemeteries. Populist groups, such as Lega, tout the country’s Catholic tradition as a crucial aspect of Italian identity in need of defending against waves of immigrants, as well as Italian Muslims.

As the pandemic proceeded, the building of cemeteries became a front in the culture war. 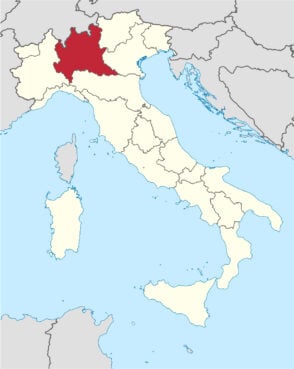 In 2019, Lombardy Regional Council members affiliated with Lega and the populist Five Star Movement amended a decade-old funerary law aimed at preventing discrimination by private burial organizations on the basis of sex or religion. They claimed the law only promoted cemeteries that housed the dead of only one faith, instead of nondenominational burial places.

Even before the pandemic, however, local authorities had become more amenable to making parts of existing cemeteries available to Muslims. The UCOII and other Muslim associations continue to advocate for simplifying regulations and assist small associations with the requisite paperwork to have more Muslim cemeteries approved. Since the emergency began, the number of Islamic cemeteries has risen to more than 70.

Plans for Bergamo’s Islamic cemetery began in 1998 but were stymied until 2008, when then-Mayor Roberto Bruni signed an agreement with the Islamic Cultural Center, then led by Mohamed Saleh, the Egyptian-born landlord of the cemetery and a de facto representative of the local Muslim community to the region’s government.

For El Mehdi, the cemetery provides solace, a place for him to mourn family taken too soon. From the entrance gate, a gravel path splits the Christian section of the graveyard in two. At the end of the walk, on the left, there is another entrance, to the Muslim burial grounds. Cypresses divide an area where graves are concentrated in a few neat rows and the well-kept, grassy field where no digging has been done.

El Mehdi watered the plants at his grandparents’ graves and the sparse grass in front of the headstones that hadn’t yet grown over their final place of rest.

The pain of the loss, from the moment El Mehdi learned they died, persists.

“Devastated is the right word to describe how I feel,” he said. “I can’t even find other ways to express myself.”