“To insinuate that our movement is trying to destroy Christianity is disgraceful and outright offends our Christian siblings who are a part of our movement against racial injustice,” Cullors said in a statement released Saturday (Sept. 12).

Cullors said she recognizes not everyone may agree with the vision of the Black Lives Matter Global Network Foundation, “but to blatantly disregard our work and equate it to destroying a religion is reckless.”

On Thursday, Robertson — host of “The 700 Cub” on the Christian Broadcasting Network — spoke out against Black Lives Matter on his show, saying the movement wants to destroy Christianity by accusing the religion of “being racist.”

“Of course, Black lives matter,” Robertson explained, but he added the movement itself is “a stalking horse for a very, very radical anti-family, anti-God agenda.” 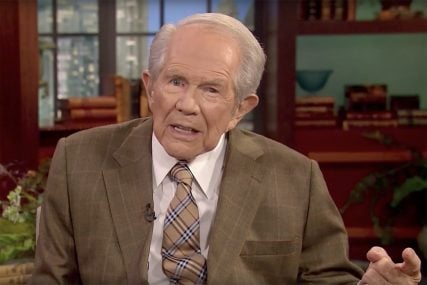 Cullors said in the statement that “Christianity was built on empathy; not hate. Until hate and racism is eradicated, America will continue to be a divided nation.”

Cullors and other organizers have described Black Lives Matter as a spiritual movement. And faith leaders from across religious traditions, as well as clergy and houses of worship, have rallied in support of Black Lives Matter during recent demonstrations against police brutality.

“We believe those of all religious views and backgrounds, or disbelief; all genders as equal,” Cullors added.

This is not the first time Black Lives Matter has been accused of being against Christianity.

In late August, Abraham Hamilton, III, a host of the Christian American Family Radio, said the spirituality and ancestral worship of Black Lives Matter is “dabbling” in witchcraft. He described it as “demonic activity.”

Over Labor Day weekend, Cullors took to Instagram to condemn those targeting the spirituality of the Black Lives Matter movement. Attacks on African and indigenous faith practices are not new, she said.

At Black Lives Matter protests, organizers recite names of those killed by police before their time. In doing so, ancestors are “being called back to animate their own justice,” writes Hebah Farrag in “The Fight for Black Lives Is a Spiritual Movement.” 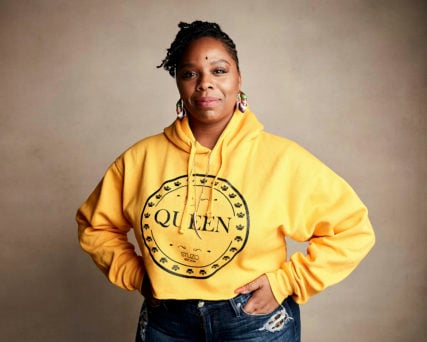 During this ritual, libations are poured on the ground, and in return, people chant “Asé,” a Yoruba term “often used by practitioners of Ifa,” Farrag wrote.

In a recent online conversation, Cullors and Melina Abdullah, founder of Black Lives Matter-Los Angeles, discussed the role spirituality plays in the movement.

“Part of our calling as people who do this work for Black lives is to lift our people up, both in their living, but also in their death,” Cullors said. “The need to lift our folks up feels so incredibly spirit-driven for me.”

Cullors, who grew up Jehovah’s Witness, said she “was always someone who almost obsessed about our (Black) ancestors.

“I wasn’t raised with honoring ancestors. … As I got older and started to feel like I was missing something, ancestral worship became really important,” she said.

Cullors also talked about needing spiritual protection as Black Lives Matter has been targeted by the right, by police and by neo-Nazis.

She said she wouldn’t be able to do this work without spiritual practice.

“It would be antithetical,” she said.