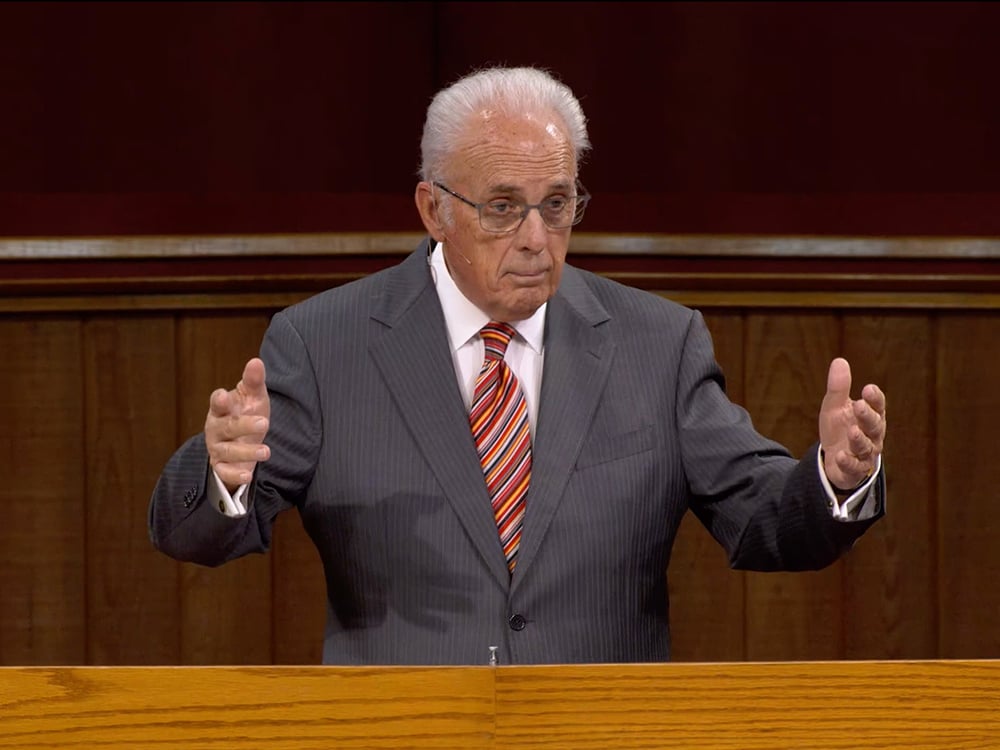 (RNS) — On Sunday (Sept. 13), Grace Community Church defied a court order and held a packed, indoor morning service without masks or social distancing. Members of the Sun Valley, California, megachurch came back in the evening to hear longtime pastor John MacArthur talk with another church leader about the situation.

Both events were livestreamed, and it was evident that the octogenarian MacArthur was loving his 15 minutes of national fame.

Legally, he doesn’t have much of a case. On Thursday, Superior Court Judge Mitchell L. Beckloff, concluding that Los Angeles County was likely to prevail on the merits, issued a temporary restraining order against the church holding the indoor services it has been convening since July. MacArthur pronounced the ruling “inexplicable,” but it’s easy enough to explain.

Beckloff had no trouble concluding that the pandemic is a serious threat to public health in Los Angeles County or finding that the government has the power to issue regulations to protect public health and safety. The question was whether, despite this, there are special constitutional grounds for exempting religious practices from such regulations.

Under the Supreme Court’s 1990 Smith decision, a “neutral, generally applicable” state law cannot be challenged as a violation of the U.S. Constitution’s guarantee of religious free exercise. While some states have enacted a religious freedom restoration act to allow greater opportunity for free exercise claims, California has not.

The county’s ban on indoor gatherings because of COVID-19 is neutral and generally applicable, the judge found, “because it applies to ‘all events and gatherings’—regardless of their purpose.” Ergo, at trial the county would likely prevail in its decision to include indoor religious services in the ban. (Beckloff noted that the regulations specifically allow for outdoor religious services.)

More interesting than the open-and-shut legal case, however, is MacArthur’s own position in the evangelical world and his stance on church-state issues.

After becoming its pastor in 1969, MacArthur built Grace into one of the country’s premier megachurches. He has been a prominent critic of many trends in contemporary evangelicalism, including “seeker” services and charismatic worship. He has no compunctions about attacking Roman Catholicism or declaring that the God of Islam is Satan or engaging in intra-evangelical theological controversy.

MacArthur is also the kind of millenarian Calvinist who does not believe in the secular state. In his Sunday sermon, he relied heavily on messianic texts from the Hebrew Bible that promote “universal national worship of the true God.” The United States, he claimed, was established on behalf of the Christian God, and he said that the first thing its leaders should do is “honor God and the church of God, and be a strong advocate for everything that honors God.”

In July, after a spike in COVID cases caused Los Angeles to reimpose its ban on gatherings, Grace’s pastors and elders promulgated “Christ, not Caesar, is Head of the Church,” a statement that insists that “God has not granted civic rulers authority over the doctrine, practice, or polity of the church” (ital. in original).

Thus, “when any government official issues orders regulating worship (such as bans on singing, caps on attendance, or prohibitions against gatherings and services), he steps outside the legitimate bounds of his God-ordained authority as a civic official.”

Presumably, Grace Community Church would take the position that the government has no business prohibiting snake-handling on the part of Christians who believe in that practice. Ritual cannibalism would be a bridge too far, I guess, but only because the obligation of civic authorities not to interfere extends only to Christianity.

In insisting on in-person services without caps on attendance, social distancing or mask-wearing, MacArthur departs from other recusant pastors who have pledged to take precautions even as they contest worship restrictions. He has embraced the false claim that because most COVID deaths have occurred to people with comorbidities, only a minuscule number have actually died of the virus.

At the end of July, Los Angeles County sent the church a cease-and-desist order. Before last week’s ruling, it hit the church with a $1,000 fine for improper COVID signage. I would expect the pressure to ratchet up. No doubt MacArthur will be happy to fight this up to the Supreme Court, and beyond.