(RNS) — In the days leading up to Election Day, Michael M. Hughes estimates thousands of people — not just witches, Wiccans and magic practitioners, but people of other faiths and no faiths — joined him in casting the “Blue Wave” spell he’d shared on his popular Medium channel.

They pressed the words “blue wave” into the wax of a blue candle, surrounded by the “justice” tarot card and campaign literature from the political candidates they support. Then, they colored a map of the United States blue while envisioning a cleansing wave crashing over the country.

And they called upon spirits to raise a “wave of justice, and mercy, and truth / To wash away the corruption / And injustice / And wickedness / Of Donald Trump and the Republican Party / In a peaceful transition of power.”

The spell is the culmination of the magic work Hughes and many other practitioners have done over the past four years of Trump’s presidency, including monthly rituals to “bind” Trump, performed at midnight Eastern time on every waning crescent moon.

Many performed the Blue Wave spell on Halloween during a rare blue moon. He also encouraged people to participate on the night before the election before going out to vote.

Hughes, an author and self-described “magical thinker,” hopes their energy and intentions will propel Democratic candidates to victory in places they haven’t won before, or places that haven’t turned blue in a long time.

“This one I feel is so critical because our democracy is on the line here in this election,” he said. 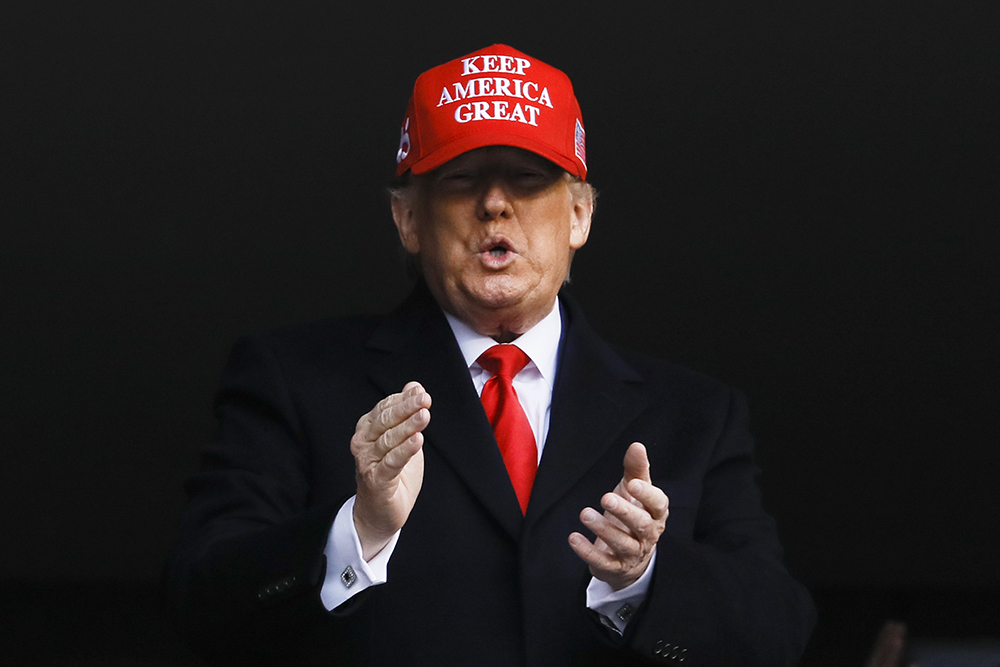 When Hughes first posted “A Spell to Bind Donald Trump and All Those Who Abet Him” online in in February 2017, just after the president took office, he said there were witches performing the ritual outside Trump Tower in New York. Singer Lana del Rey reportedly joined in.

“That’s what kind of started this whole ball rolling, and the idea of the Magic Resistance,” he said. “Really, that’s when it was kind of birthed. That’s when it really congealed and came together.”

But the idea of resistance and political activism isn’t new to magic, which has always been a tool of the marginalized and oppressed, he said.

The intention of the spells aren’t to harm Trump, but to keep him from causing harm to others, Hughes clarified.

Regardless of the magical effect the rituals have had on the president, Hughes said he designed the spells to allow people to “expunge Trump from their consciousness and take their power back,” encouraging them to recommit to their activism.

“Any of these rituals that we’ve worked over the past few years is, for me, like putting gas in the spiritual gas tank, and that’s what I think rituals can do for people. They can really help change their consciousness and reenergize them,” he said.

They have also created a community, many of whom he said never had practiced any kind of magic before. 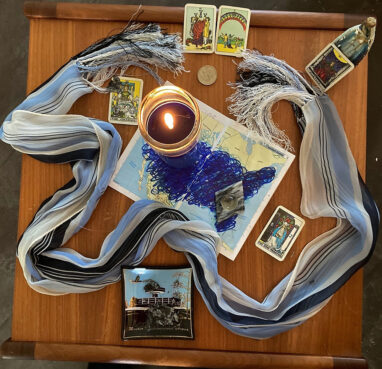 A visual of the “Blue Wave” spell. Photo via Facebook/Bind Trump (Official)

In the past four years, Hughes has published many more spells in his book “Magic for the Resistance: Rituals and Spells for Change.” He can’t help but feel like the “Blue Wave” cast by practitioners in 2018 was a “resounding success”: Democrats took control of the House of Representatives, leading to the impeachment of the president. Women, people of color and LGBTQ people achieved political firsts.

And his Facebook group “Bind Trump (Official)” has grown to more than 6,500 members.

On Tuesday morning, the “Bind Trump” Facebook group was full of posts by members sharing photos of their rituals and pictures of waves, “so vote it be.”

Some posted links to articles with the latest election updates. Others shared recommendations for crystals to encourage calm and positive energy, photos of Tarot cards they’d pulled and reminders to breathe.

On the cusp of the election, Hughes feels humbled the spells he created have helped so many people through a dark time, he said.

“My hope is that things go the way we hope and we’ve worked toward and that blue wave,” he said.

“And no matter what magic people do, the real magic is when you walk into the voting booth and change the course of America.”

News
With ‘Villains’ tarot deck, Disney pushes the mystical practice further into mainstream
Follow us on Facebook!
Submit your photos to RNS