(RNS) — Americans may or may not be looking to set a new direction for the country. But at the Supreme Court, the old culture wars are still being litigated.

Although the Supreme Court ruled same-sex couples have a right to marry and federal employment discrimination laws protect LGBTQ employees, a more conservative-leaning court is now considering whether foster and adoption agencies that oppose same-sex marriage on religious grounds may be exempted from serving such couples.

At issue is Catholic Social Services, which for years has contracted with the city of Philadelphia to help place foster children in suitable homes. In 2018, The Philadelphia Inquirer discovered that the Catholic agency doesn’t place foster children in homes of same-sex couples since the church opposes same-sex marriage. After the city investigated the matter, it demanded the agency comply with its requirements, which prohibit discrimination on the basis of sexual orientation. When Catholic Social Services refused to do so, the city opted not to renew its contract.

The agency then sued, saying the city unlawfully targeted its right to exercise its religion, which is protected under the First Amendment.

The U.S. Court of Appeals for the 3rd Circuit ruled unanimously that Catholic Social Services “failed to make a persuasive showing that the city targeted it for its religious beliefs or is motivated by ill will against its religion.”

But many legal scholars expect the court to now rule in favor of Catholic Social Services.

“I think I can confidently say, 95%, that the 3rd Circuit will be reversed in this case,” said Sheldon Nahmod, a professor of law at the Chicago-Kent College of Law and an expert on constitutional law.

The reason is that over the past decade, in a series of rulings, the Supreme Court has increasingly sought to protect the free exercise of religion. 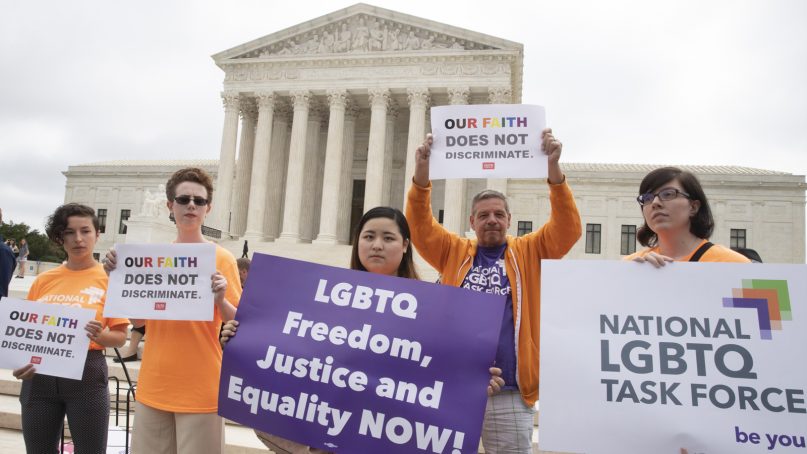 Many of those rulings have been narrow, partly because the court has been stymied by a 1990 ruling, Employment Division v. Smith, that holds the free exercise of religion does not provide a basis for an exemption from a general government law. Since Philadelphia’s nondiscrimination requirement was not motivated by religious bias, it is considered a general government law.

“The biggest thing coming out of Fulton v. Philadelphia is whether Smith gets revisited,” said Robin Fretwell Wilson, professor of law at the University of Illinois College of Law.

If Employment Division v. Smith is overruled, it would greatly expand religious objectors’ rights to an exemption from federal and state laws. Religious organizations that receive government contracts could decide to deny services not only to gay and lesbian couples, but also to people of other faiths or ethnicities or even races, as Neal Katyal, the attorney for Philadelphia, suggested.

But even if the court does not overrule Smith, it could still find a way to exempt Catholic Social Services from the city’s nondiscrimination policy.

LGBTQ groups say that would be unfair.

“For same-sex couples, that means you don’t have a level playing field,” said Currey Cook, senior counsel and Youth in Out-of-Home Care Project director for Lambda Legal, a firm that defends LGBTQ people. “You basically have to figure out who will serve you. It’s analogous to separate but equal — ‘Oh, we won’t serve you, but you can go next door.’”

A high percentage of youth in foster care are LGBTQ, and Cook said it’s important they have access to as many potential foster homes as possible, especially if they can’t safely return to their birth families.

A ruling in the case is expected in June.

On Wednesday the justices heard nearly two hours of oral arguments by telephone because of the coronavirus pandemic.

Short of overruling Smith, the court could opt for a narrow ruling that affects only Catholic Social Services. For example, in 2018, the Supreme Court ruled in favor of a Christian baker in Colorado who refused to design a cake for a couple’s same-sex wedding. In that case — Masterpiece Cakeshop v. Colorado Civil Rights Commission — the court said the Colorado commission’s nondiscrimination policy was hostile to religion. It did not rule more broadly that the Constitution gives private businesses the right to religious exemptions from general laws.

The court could also rule that religious foster care agencies may refuse same-sex couples so long as they provide referrals to secular agencies that might serve them.

Nelson Tebbe, a professor of law at Cornell University who studies constitutional law and religion, said that regardless of how the court handles this case, the larger trend are obvious:  The court increasingly wants to accommodate religious groups and expand the free exercise of religion. And with Associate Justice Barrett now giving conservatives a 6-3 majority, the court is expected to be ever more receptive to requests for religious exemptions.

“They’re moving toward a position that religion has special constitutional solicitude,” Tebbe said. “It has a preferred place in American society.”