(RNS) — Taylor Valci was 7 the first time she spoke in tongues. The daughter of a Pentecostal pastor in California’s Bay Area, she grew up watching “Veggie Tales” and attending Missionettes, the Assemblies of God version of Girl Scouts.

“For me, personally, God was absolutely the most important thing in the world,” Valci told Religion News Service.

But by the time she was attending Gordon College in Massachusetts in the fall of 2016, Valci, now 22, no longer considered herself a Christian, at least in part because she was starting to realize she was queer.

Her experience is not uncommon in the Christian church. Earlier this year, the Journal for the Scientific Study of Religion published a report that said same-sex attraction, behavior and queer identity is strongly associated with a decision to step away from organized religion, attend church less frequently or stop going altogether. 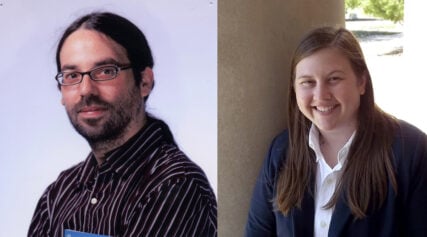 The study, which observed changes in queer people’s religious attendance, religious identity and prayer practices over time, included only lesbian, gay and bisexual-emerging adults ages 11 to 34 — not enough data was available on other sexual minorities to include them in the analysis. The overwhelming majority of those in the study’s sample were Christian.

The Rev. Emmy Kegler, a minister in the Evangelical Lutheran Church in America, said the findings matched her experience. Though the study didn’t give reasons for the phenomenon, Kegler suggested it was the church’s attitudes toward sexual minorities. “There’s still a significant understanding in Christian culture overall that being a member of the LGBTQ+ community is incompatible with the Christian faith,” she said.

That bias can work to alienate LGB individuals, even if they have come to terms with their sexuality. “Even for people like me, who are out loud and proud,” said Jamie Manson, president for Catholics for Choice, “there’s always going to be that element of shame, of not being legitimate, of your love not being worthy to be blessed by God in the church of your childhood.” 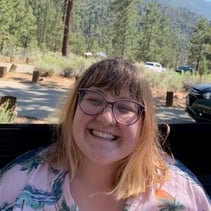 The decision to leave one’s faith often begins not with feeling rejection from others, but with questioning Christians’ values. While in high school, Valci learned that her denomination had once excluded Black and brown people.

“I started to break (my faith) down,” said Valci. “Why is the Bible all written by men? Why is it all one-sided? What do we do with the genocide and the poor treatment of women?”

But when Valci got to college, she developed a crush on a woman and soon joined the campus’s underground queer scene.

She ended up coming out as both queer and non-Christian during her first year of college. “I was coming to a place in my own life with my sexuality where I just wanted to stop living in shame. To stop lying and living in fear. I wanted to be transparent about what I believed and who I was,” she said.

Kurtis Zolman’s departure was more directly a result of discovering his queer identity.

Zolman, 26, grew up attending a Nazarene Church in rural Michigan that had rules he compared to those in the movie “Footloose” — no dancing, no drinking. When he was in ninth grade, he told his parents that he is gay. They sent him to a “straight camp” where, Zolman said, he was told he’d go to hell if he didn’t conform.

Zolman remained a Christian, however, until after high school graduation, when he came out publicly. Soon after, his youth pastor told him he could no longer be on the church praise team or attend youth group, and asked Zolman to sit in the back during church because he was “actively living in sin.”

“That was 10 years ago,” said Zolman, “and I’ve been to a church maybe four times since then.”

Yet if LGB people drop out of church, they don’t always lose their spirituality altogether. 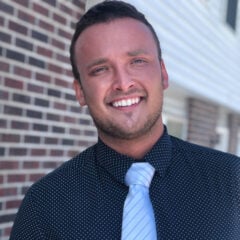 “I am always talking to God,” said one Christian who played piano at services for his Fundamentalist Baptist congregation in the Bahamas as a teenager. A decade later, the man, who asked to remain anonymous, said, “I have a closer relationship with God than I could ever have because I’m being honest with myself.”

Zolman said he also finds himself praying “about once every other week.”

“I think a common motif with gay people brought up in the church is that we don’t hate Jesus, but we hate the institution the church has become,” he said.

That can be true for some who stay as well. Kegler, who is a pastor at Grace Lutheran Church in northeast Minneapolis and founder and editor of the Queer Grace Encyclopedia, said that “probably once a week, I consider disaffiliating from Christianity. Not because I lack faith in Jesus or conviction about the importance of Christian practice in my life, but simply because the church remains toxic for its LGBTQ+ members and others.”

She’s remained in the church, she said, because she is compelled by the story of Jesus and is convinced that Christians can tell the story better, “without toxic theology.”

Donate Now!
Posted in
Ahead of the TrendChristianityFaithHealth & LifestyleNews