(RNS) — The popular Islamic lifestyle app Muslim Pro, which has nearly 150 million downloads around the world, says it will stop selling its users’ location data to a tech firm that resells that information to the U.S. military.

An investigation published by Vice News on Monday (Nov. 16) found that Muslim Pro and dating app Muslim Mingle were among hundreds of seemingly benign smartphone apps that have been providing their users’ location data to private companies.

These third-party data brokers — in the case of Muslim Pro and Muslim Mingle, a company called X-Mode — sold that anonymized location data to various contractors, who then provided it to the U.S. military. Vice’s investigation found the U.S. Special Operations Command, a branch of the military responsible for counterterrorism, counterinsurgency and special reconnaissance, purchased location data that X-Mode mined from the apps in order to support overseas missions.

On Tuesday, Muslim Pro denied that it has sold personal user data to the U.S. military but confirmed that the app shared anonymized data with X-Mode.

The company said it is investigating its data governance practices to ensure user data was managed in line with global laws and regulations around data privacy protection. The company also said it is immediately ending its relationships with X-Mode and all other data partners.

“The trust of millions of brothers and sisters of the Ummah put in Muslim Pro every day means everything to us,” Muslim Pro wrote in a statement, after thousands of social media comments from Muslims worldwide decried the app’s sale of its user data as “betraying” Muslims and allowing the military to “target” Muslims for surveillance.

The Islamic Leadership Council of New York has urged members of its 90 organizations to delete the Muslim Pro and Muslim Mingle apps, and several prominent Muslim figures have announced they are switching to other prayer time apps. 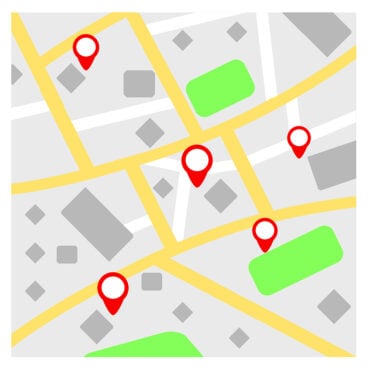 The app is most used to help track daily prayer times and point to Mecca. The app also offers a Quran with translations and audio recitations, as well as a map of halal restaurants and mosques, among other features.

“These reports should serve as a reminder for American Muslims,” the Muslim Public Affairs Council said in a statement. “We must increase our data privacy literacy and collectively work to ensure transparency and equity in our data collection practices. Trust is built, but sketchy public-private partnerships erode its foundations.”

The Council on American-Islamic Relations has called for a congressional hearing “to explore one of the first documented cases of the U.S. military purchasing the movement and location data of Muslim app users — including American Muslims — for possible military strikes overseas,” and questioned the legalities of these purchases since ordinarily obtaining location data would require a warrant.

“We call upon Congress to conduct a thorough public inquiry into the government’s use of personal data to target the Muslim community here and abroad, including whether this data was used to illegally spy upon target Muslim Americans,” said CAIR National Executive Director Nihad Awad in a statement. “We also encourage Muslim Americans to stop using these applications unless and until the companies thoroughly explain and fully end use of their data by government agencies.”

The app was developed by Bitsmedia, a company founded by Erwan Mace, a former Google employee and French national based in Singapore. In 2017, Bitsmedia and the Muslim Pro app were sold to two private equity firms in Singapore and Malaysia.

In 2018, a security company found that Muslim Pro was among dozens of Android apps such as Tinder, Bible+ and OkCupid that were transmitting sensitive, nonanonymous user data to Facebook. 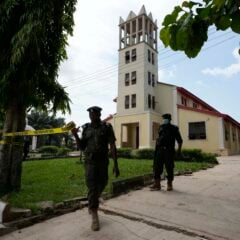