VATICAN CITY (RNS) — On Nov. 12, Pope Francis named an interim board president at the Immaculate Dermatological Institute, or IDI, a chronically financially troubled Catholic hospital a few miles from the Vatican gates. The decision may seem an unremarkable one, and indeed it largely escaped notice outside Rome.

But to Vatican insiders, and to IDI’s employees, the new appointment is the latest turn in a story of mismanagement and corruption that typifies the financial scandals currently swirling around the church. Coincidentally or not, it also features some of the major players in other recent outrages, from Australian Cardinal George Pell to ex-U.S. Cardinal Theodore McCarrick.

On its face, the appointment of the Rev. Giuseppe Pusceddu has a certain symmetry: the priest also heads the Italian province of the Congregation of the Sons of the Immaculate Conception, the order of friars that started IDI in the late 1800s. The hospital is owned by the Luigi Maria Monti Foundation, named for the congregation’s 19th-century founder.

The Vatican statement announcing Pusceddu’s hire commissions him to channel “the charism of Blessed M. Monti, who inspires the Foundation.”

Current and former employees of the hospital, who have lived under the threat of mass layoffs and bankruptcy through several administrations, were having none of it.

“Don’t lie to us about ‘the returning charism of the founding father,’” a former employee, Bartolo di Gregorio, wrote on Facebook, “because you’ll only continue to make him turn in his grave.”

From its beginnings well into the 1980s, IDI was considered one of Italy’s best medical facilities. A nonprofit, it ploughed its proceeds back into cutting-edge technology and handsome salaries for its personnel.

The huge amounts of cash flowing through IDI, however, eventually attracted the attention of speculators and alleged criminal elements. When the hospital suddenly filed for bankruptcy after the financial crash of 2008, the proceedings cast light on transactions that had little to do with skincare: investments in oil exploration in Africa and deposits in overseas tax havens. There were rumors of shoeboxes full of cash and “strange characters” with thuggish accents walking the halls. In 2013, the year Francis became pope, Italian authorities arrested the foundation’s then-president, the Rev. Franco Decaminada, along with 40 others, charging Decaminada with embezzling more than $5 million and seizing a Tuscan villa allegedly built with stolen funds. IDI, meanwhile, was swimming in $800 million in debt.

The Vatican, long a benefactor of IDI, along with the Italian government, set about trying to rescue the hospital, not least for the sake of its more than 1,500 strongly unionized employees, many of whom had gone months without being paid.

The partners ended up securing a loan instead from a powerful Vatican department known as APSA, which handles the Vatican’s investment portfolio and real estate holdings.

There was one hitch: APSA had promised Italian regulators it would not make commercial loans. Another: It wasn’t clear that the teetering hospital could pay back a loan of that size. Enter Cardinal Donald Wuerl, who was then Archbishop of Washington, D.C., and his predecessor, now ex-Cardinal Theodore McCarrick, who convinced the Papal Foundation, a charitable fund sponsored by wealthy U.S. Catholics, to donate $25 million outright to IDI, while APSA reportedly routed  further funding through another Catholic hospital.

In June of 2017, Cardinal Pietro Parolin, the Vatican’s secretary of state who had helped organize the loan and the Papal Foundation donation, appointed Antonio Maria Leozappa, a layman, to run IDI. 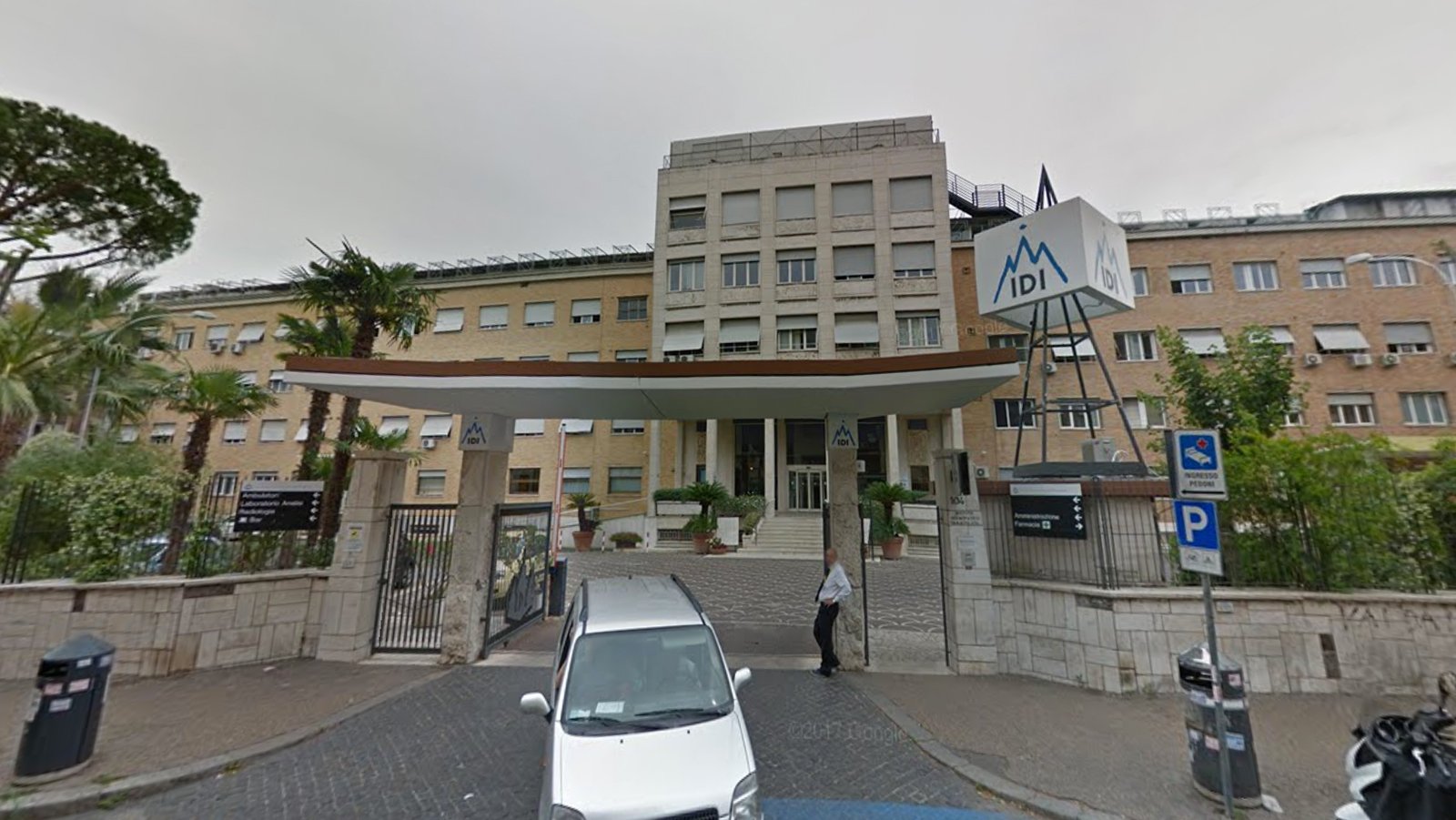 The Immaculate Dermatological Institute, or IDI, in Rome. Image courtesy of Google Maps

But IDI’s financial troubles continued. Last Christmas, employees, some of them barely two years from retirement, were informed they would be laid off. Fifty-four other workers have been let go to date.

In addition, the support of the Holy See seems to include the involvement of relatives of Catholic churchmen.

“For five years we’ve been making sacrifices,” a source at IDI who asked to remain anonymous told RNS. “Yet, the individuals sharing the name of several high-ranking prelates in the Vatican kept their job at IDI,” the source added.

One of these is Maria Piera Becciu, who was hired in 2011 as Decaminada’s personal secretary. About that time, according to published reports, Decaminada had approached his new secretary’s uncle, Cardinal Angelo Becciu, then a high Vatican official, about funding a 200 million euro acquisition of another hospital with secretariat of state money. (The cardinal has also been connected to the arrangement of the Papal Foundation grant, but he denies this.)

The prelate has been connected to other questionable deals, most notably the investment of $200 million from another papal charitable fund in a London real estate project in partnership with a European investment fund. An investigation into that investment has already resulted in the banishment of five Vatican employees after their offices were raided in October of 2019.

In the early 2000s, Becciu, then papal nuncio to Angola, was connected to Antonio Mosquito, a businessman and suspected proxy for the influential Dos Santos family, in a proposal to invest church funds in an Angolan oil company. More recently, funds that Becciu controlled as deputy secretary of state have reportedly ended up in a charity run by Becciu’s brother. Investigators are also looking into a transfer of church money to a beer company owned by another Becciu brother. 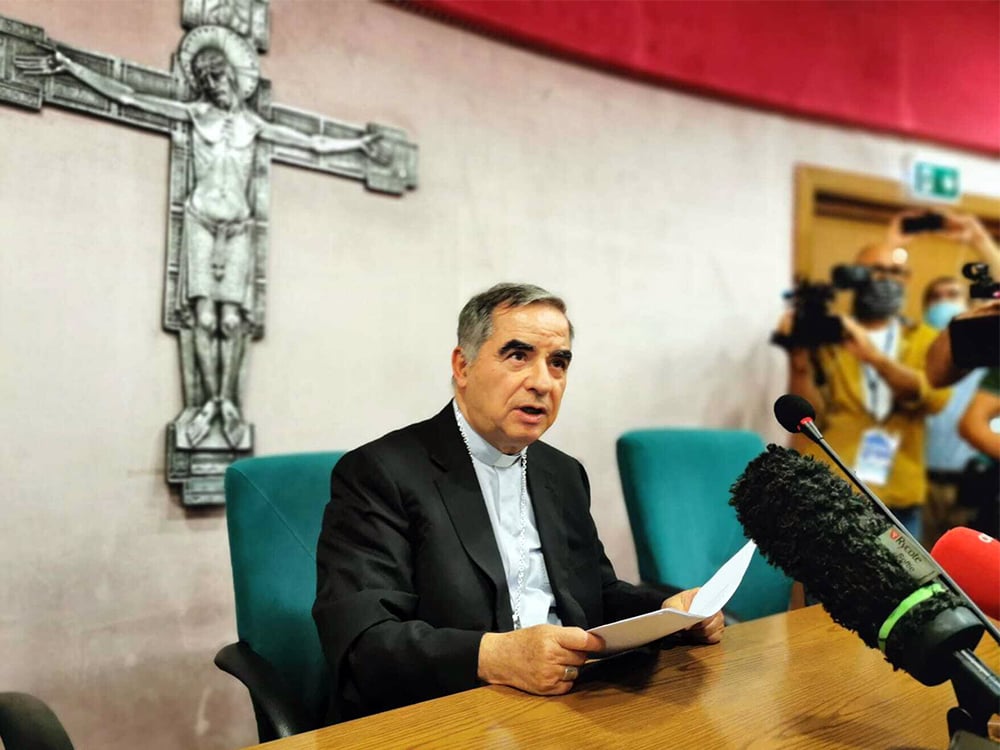 Becciu is not under investigation himself and has denied any wrongdoing, but in late September, the cardinal resigned from his most recent Vatican post after a meeting with Pope Francis, who also stripped him of the rights of his rank, except the title.

If the gutting of IDI fit a pattern of sharp-dealing businessmen using church funds for lucrative private payoffs with the complicity of Vatican officials, the efforts to save the once-distinguished hospital has left rank-and-file Catholics and IDI’s own employees disillusioned about the church’s ability to reform itself.

For IDI employees, hiring Pusceddu seems to restore the Monti Foundation to power after nearly destroying the hospital and allowing Leozappa and his lay board to “do the dirty work” of right-sizing the staff, said the IDI source.

Insiders said recent financial filings by IDI, which is not required to audit its books under Italian nonprofit rules, were filled with unreliable information — “a sandcastle” in the words of one.

While Francis’ dismissal of Becciu and the investigations already underway have raised hopes that he’ll finally put the Vatican’s financial house in order, those most deeply affected by the church’s financial fumbling said that his decision on IDI is a backward step.

“Pope Francis conceded to pressures from the Roman Curia,” one laid-off employee wrote on social media last week. “I would have made (him) a saint for everything he has done to fix the rundown Catholic Church, but for conceding on the IDI question, (he) gave up his holiness.”