(RNS) — For reasons that have to do with our reading of the Bible, the both of us moved as adults from our middle-class white worlds to poor Black communities: Michael and his family from all-white small towns of Minnesota to the largest African American area of Minneapolis, and Joel from a white suburb of Houston to that city’s poorest neighborhood.

We were then and are now both white Christians. Our faith and our faith communities were and are our lives. Little prepared us for what we found in our new neighborhoods. We had been baptized into a brand of Christianity that blends white middle-class assumptions with the logic of conservative talk radio into a finely cooked soup for the soul.

When we moved into places that had been ravaged by poverty, our worlds did not just turn upside down. They died.

Our worlds — or rather our worldviews, in the parlance of evangelicalism — died because almost everything we knew about poor Black communities was rooted in uninformed caricatures and lies. We had trusted in the political rhetoric white Christians loved, the rhetoric of law and order, of the war against drugs and the welfare state, the war to save America’s exceptional soul.

For much of the last four years, Donald Trump has put this rhetoric at the center of his message. Trump will be remembered as a president who did more than capture white evangelical Christians’ votes: He in many ways became the face of white evangelicalism. 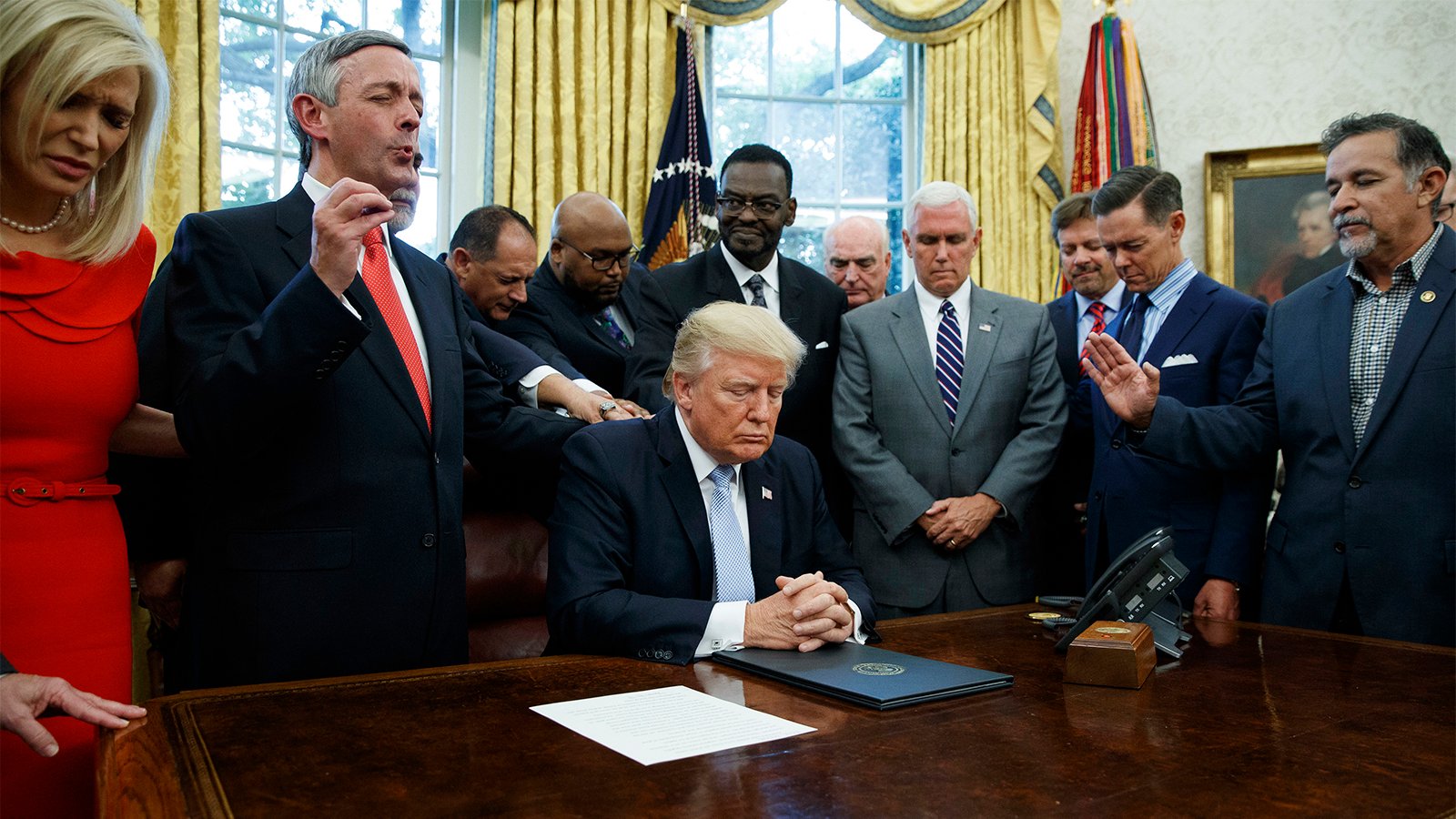 In this Sept. 1, 2017, file photo, religious leaders pray with President Donald Trump after he signed a proclamation for a national day of prayer to occur on Sept. 3, 2017, in the Oval Office of the White House in Washington. (AP Photo/Evan Vucci, File)

The irony is that, unintentionally, Trump’s morality — or more accurately, his lack thereof — has forced many white evangelicals into a long overdue reckoning with their culture’s indifference to systemic racism and its unholy alliance with partisan politics. We once were saved. Now we were lost.

That journey began not with Trump’s election in 2016, but some 40 years ago, when white evangelicals allied with Ronald Reagan. Any careful reading of the history of America’s public policies shows our nation’s economic and racial crises were manufactured by both parties. But the marriage between white evangelicalism and the modern version of the Republican Party made these crises worse.

As detrimental were the lies we told ourselves. Reagan talked about the character of “welfare queens” and the threat of inner-city crime, and we believed he was telling the colorblind truth. We had been trained to believe the true sources of racial inequality reside in those communities: Black criminality, Black sloth, broken Black families and a lack of Black brilliance.

At the same time, white Christians carefully crafted a form of the faith that made our racial and economic sins invisible to us. The self-interest of free market capitalism magically harmonized with the self-sacrificial love of Christ. The fight for racial or economic justice, in fact, were already won — at least if you believed, as Reagan affirmed for us, we lived in a nation that was a city on a hill and a light for the world.

We believed these fictions because we never knew Black America. But as Black communities and churches became our homes and Black people became part of our circle of friends and family, we came to see that nearly everything we “knew” about Black people, white people, poverty and the basic principles of Christianity were shaped by lies with lethal racial edges. 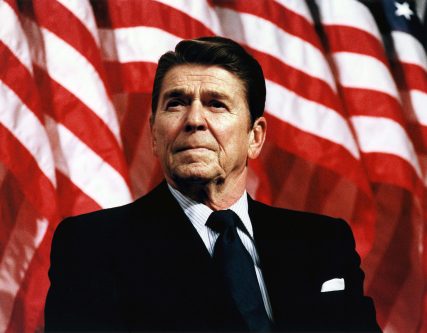 President Ronald Reagan speaks at a rally in Minneapolis in 1982. Photo by Michael Evans/Creative Commons

In our new environments, we learned what we should have known all along: When white Christians fail to stand in solidarity with Black people and immigrants, there is really nothing Christlike about our Christianity.

As we formed new commitments to communities of color, we were ostracized from the faith community that baptized us. We once were saved, but now we were lost.

Millions of evangelicals now find themselves lost as well, as one of the least Christlike men to lead the country is now nobody’s president, but is their leader. This didn’t happen four years ago or in this election, but decades ago: Trump is the price of the evangelical church’s rejection of the vision of Martin Luther King Jr. and other civil rights leaders who demanded we address America’s original sins of racism and greed.

It is the price of not listening when Frederick Douglass and Ida B. Wells called for white Christians to stand in solidarity with their suffering, knowing if they did, white Christians — and our nation — would be reborn.

Coming from the evangelical tradition, we imagine what our nation could be if evangelicals expand from being simply pro-birth to holistically pro-life. As we move forward, evangelicals have the opportunity to understand individual sinners really can create sinful systems, laws and policies.

(Michael O. Emerson, a professor of sociology at the University of Illinois Chicago, is co-author of the award-winning book “Divided by Faith: Evangelical Religion and the Problem of Race in America.” Joel Edward Goza is the author of “America’s Unholy Ghosts: The Racist Roots of Our Faith and Politics.”  The views expressed in this commentary do not necessarily represent those of Religion News Service.)