(RNS) — Among the Trump administration’s retrenchments in U.S. policy, from labor and fair housing regulations to acceptance of asylum seekers and refugees, the redefinition of the American approach to human rights by Secretary of State Mike Pompeo’s Commission on Unalienable Rights may be the most shocking and far-reaching.

Launched in July of 2019, the commission was charged with defining human rights and their role in U.S. foreign relations. Its draft report, released this summer, asserted that “foremost among the unalienable rights that government is established to secure, from the founders’ point of view, are property rights and religious liberty.”

Human rights organizations, of course, expressed considerable concern that creating a “hierarchy of rights” would downplay the importance of other civil, political, social and economic rights. Some faith leaders objected as well — full disclosure: I signed an open letter of protest penned by the Center for American Progress.

But according to Trinity University historian Lauren Turek, the Trump administration’s pullback from the broader human rights agenda is not new — it’s a realization in part of American evangelicals’ long hoped-for foreign policy goals.

Here’s my recent interview with Turek, the author of “To Bring the Good News to All Nations: Evangelical Influence on Human Rights and U.S. Foreign Relations.” It has been adapted for length and clarity.

How do you interpret Pompeo’s framing of religious freedom? 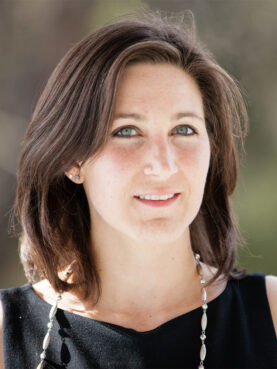 Much of the news coverage about the commission’s report and Pompeo’s speeches afterward seemed to take the stance that this was a completely new articulation of U.S. human rights policy. All I could see were the links to the rhetoric that evangelical (particularly white evangelical) Christians have been using to discuss human rights abroad since the mid-1970s.

Although Christians had long been concerned about religious persecution in the Soviet Union, in the 1970s evangelicals were growing increasingly concerned about the large number of people throughout the world who had yet to hear the gospel. They launched a number of initiatives to expand their reach into Communist nations, via radio and other, clandestine methods.

This connected them with Christians all over the world and gave them deeper insight into the challenges these Christians faced in terms of their ability to practice and propagate their faith.

How did it change how they related to the US government?

Evangelicals observed the efficacy of lobbying Congress on behalf of persecuted Jews in Russia, which led to the passage of new restrictions on U.S. trade with countries that engaged in certain forms of human rights abuses. By the late 1970s, evangelical Christians had begun to lobby on behalf of their co-religionists abroad, particularly in Communist states.

In 1981, Robert Dugan, of the National Association of Evangelicals, testified in support of Ernest Lefever, President Ronald Reagan’s first choice for assistant secretary of state for Human Rights and Humanitarian Affairs. Dugan asserted that evangelicals viewed rights as coming directly from God (something Pompeo also asserts) and downplayed the emphasis that secular human rights organizations placed on economic justice and the abuses exacted by right-wing authoritarian leaders. He argued instead for a greater focus on those countries that restricted religious liberty.

For Dugan, religious freedom was the primary human right. So this rhetoric that we’re seeing from Pompeo, that the United States should be orienting its human rights policies around religious freedom first and foremost, is nothing new. Instead, I would argue it reflects his involvement in evangelical circles that continue to embrace this narrow understanding of human rights.

In what ways does this policy serve evangelical objectives? 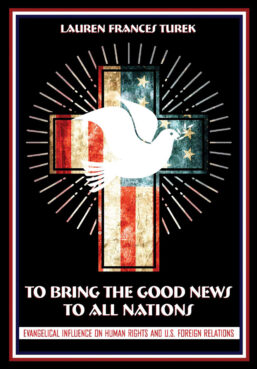 “To Bring the Good News to All Nations: Evangelical Influence on Human Rights and U.S. Foreign Relations” by Laren Frances Turek. Courtesy image

Many evangelicals are genuinely concerned about the very real abuses that religious minorities face throughout the world, whether they be Christian or not, and so I imagine they welcome this stated attention on this issue.

But it also serves to lend support to broader conservative foreign and domestic policies — for example, using the rhetoric of religious liberty to restrict access to reproductive care not just at home but in U.S. overseas aid programs, or to determine how the United States should interact with other states.

Much as in the 1980s, elevating certain rights — like property rights or religious liberty — above all the other human rights, such as freedom of speech or freedom of the press or freedom from torture, can be a way to signal to allies and adversaries alike what the United States will prioritize in terms of its foreign policy. It can send signals to abusive regimes that they can get away with certain types of violations.

There is also potentially the challenge of deciding which groups “count” as persecuted religious groups. You can imagine how malleable a category that might be and how that malleability might potentially mean that this rhetoric of religious liberty can be molded to suit a range of political agendas that have nothing to do with reducing actual religious persecution.

How about for the US — what impact might the commission’s framing have?

Proclaiming that the United States is going to prioritize only some of its stated ideals diminishes the power of all of those ideals in world discourse. It diminishes us as a nation. There is also, of course, considerable doubt about conservative Christian leaders promoting religious liberty for all persecuted religious groups abroad or if they are primarily concerned with religious liberty for other Christians.

And in light of our declining prestige worldwide, how much leverage does the United States actually have to pressure these nations to abide by human rights norms?