It also has exposed religious persecution in a number of countries, according to Open Doors.

Some had walked miles and hidden their religious affiliation in order just to get food, it said.

“We’ve definitely seen that both extremists and governments are taking advantage of or using this opportunity to justify an increase in persecution,” Open Doors USA President and CEO David Curry told Religion News Service.

India is No. 10 in Open Doors’ ranking of the 50 countries where Christians face the most persecution for their faith in 2021, due to what Curry called the BJP party’s “nationalist agenda that wants to solidify around the Hindu faith.” 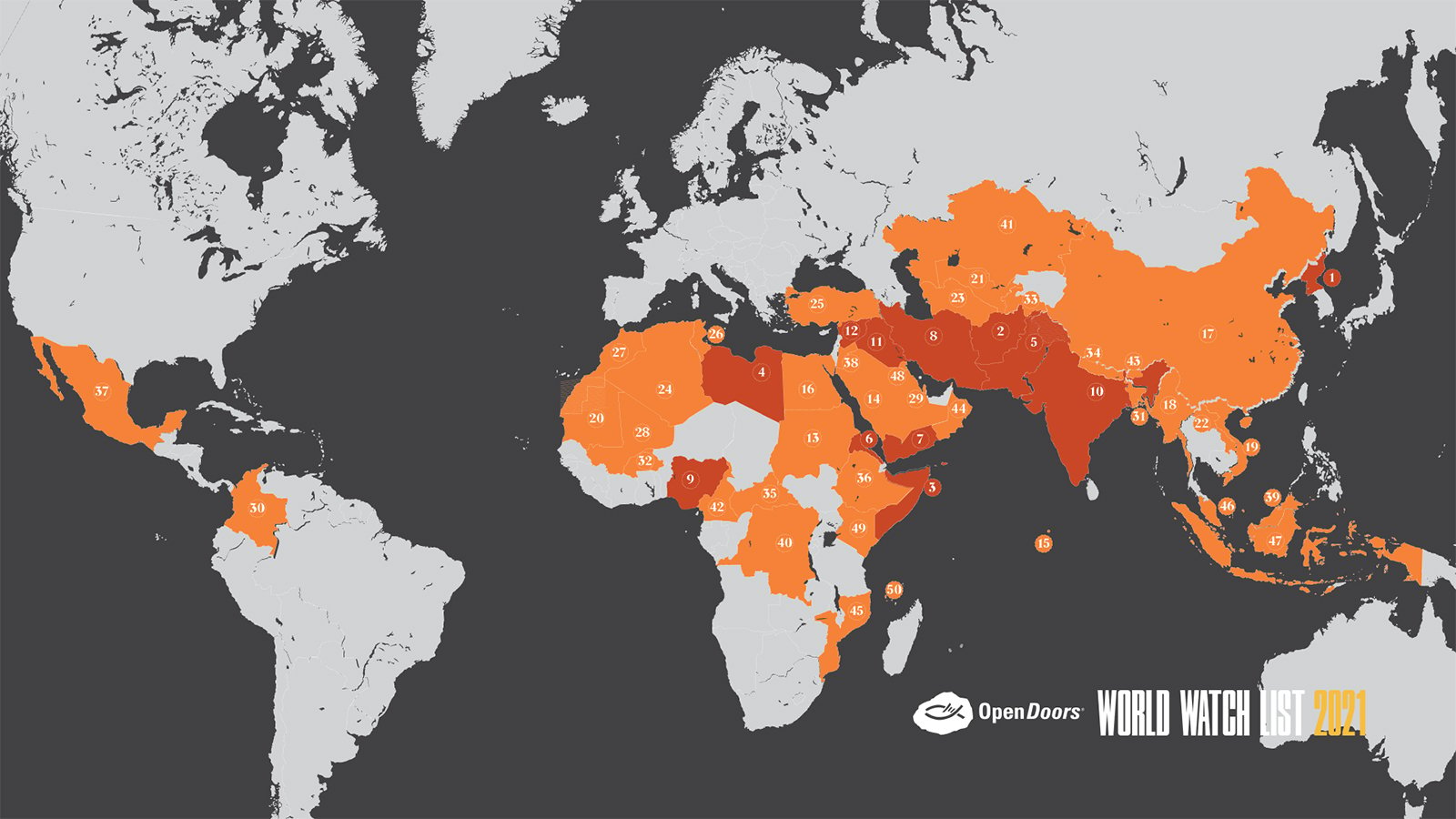 “The global pandemic made persecution more obvious than ever — simply because so many people needed help,” according to Open Doors’ report accompanying its annual World Watch List.

“The clear discrimination and oppression suffered by Christians in 2020 must not be forgotten, even after the COVID-19 crisis fades into our collective memory.”

The rest of the top 10 lineup also remains largely unchanged from last year, with Sudan dropping off the list and Nigeria appearing at No. 9.

More Christians are murdered for their faith in Nigeria than in any other country, according to Open Doors. The organization blames violent attacks by Islamic extremist groups like Boko Haram and the Fulani, which Curry said mimic the rise of ISIS in Iraq.

The president and CEO said Sudan’s drop to No. 13 is the rare bit of good news this year, coming as the country scraps its blasphemy law. 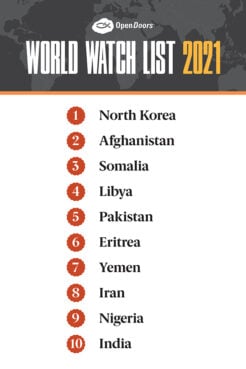 Those 10 countries where Open Doors reports Christians face the most persecution include:

Most of the countries in the top 10 have been there since 2015, which, at the time, Open Doors proclaimed to be the “worst year in modern history for Christian persecution.”

“I’m afraid I could repeat that same statement,” Curry said before the 2021 report’s release.

China entered Open Doors’ top 20 for the first time in a decade this year for its increasing surveillance and censorship of Christians and other religious minorities, according to the report. Last year, Open Doors raised the alarm over the “rise of the surveillance state” and its impact on Christians and Uighur Muslims there.

In the 50 countries on the World Watch List, 309 million Christians experience “very high” or “extreme” levels of persecution and discrimination, according to Open Doors. That’s one in eight Christians worldwide, it said.

Open Doors defines persecution as “any hostility experienced as a result of one’s identification with Christ. This can include hostile attitudes, words and actions toward Christians.” It creates its ranking by measuring and tracking reports of violence, as well as surveying field staff about pressures Christians face from governments, family and other institutions in each country.

It’s important for people to be informed about the patterns of persecution happening around the world, which could be replicated elsewhere, Curry said.

“But right now I think what we see is it’s much more intense in every region around the world than anything you might see here in the West,” he said.