(RNS) — Commemorations of the life of the Rev. Martin Luther King Jr. look different this year, with few in-person opportunities to preach, pray and volunteer amid the coronavirus pandemic.

But many online gatherings that mark his birthday on Friday (Jan. 15) and the holiday in his honor on Monday will apply his messages of years ago to the current crises the country is facing.

Bishop Adam Jefferson Richardson, senior bishop of the African Methodist Episcopal Church, spoke at a virtual prayer breakfast Friday sponsored by the Jacksonville, Florida, branch of the NAACP. The theme of the event was the title of King’s last book: “Where Do We Go From Here: Chaos or Community?”

“For us that is as relevant as it was when he wrote that back in the ’60s,” Richardson said in an interview before the breakfast. “You cannot look at our situation and not see chaos, and what we saw last Wednesday represents chaos at its worst,” he added, referencing the events of Jan. 6, when insurrectionists stormed the U.S. Capitol.

The King Center in Atlanta plans to hold a virtual event on Monday with Dallas’ Bishop T.D. Jakes as keynote speaker and closing remarks from the Rev. Raphael Warnock, who is the pastor of Ebenezer Baptist Church, King’s former pulpit, and who was just elected to the U.S. Senate.

Also on MLK Day, the Poor People’s Campaign, which has strived to renew a movement of King’s focused on addressing racism and poverty, will hold an online “interfaith service of love, light and leadership.”

In addition to weekend services at houses of worship that will focus on King’s words and actions, groups of a variety of faiths are offering online resources that can be used over the holiday weekend or at a later time. Some are presenting them in the wake of tensions revived last year as Black people died in police custody, including George Floyd, who perished under the knee of a Minneapolis police officer.

Church Anew, an ecumenical ministry of St. Andrew Lutheran Church in the Minneapolis suburb of Eden Prairie, co-produced a special worship service it offered to any church that wanted to use it on Sunday or at another time “(a)s we lean into a year with further determination to combat racism in all its forms after the death of Mr. George Floyd.”

The American Bible Society plans to host a “Repairing the Breach” webinar on King Day with Wheaton College Dean Ed Stetzer of Illinois and the Rev. A.R. Bernard of the Christian Cultural Center in New York City. On Sunday, another New York pastor, Middle Collegiate Church’s the Rev. Jacqui Lewis, will host a teach-in with scientist Anu Gupta about the book “Caste: The Origins of Our Discontents” by Isabel Wilkerson.

RELATED: America’s house will crumble if we don’t repair our racist divide

Some 2021 events remembering King will still be in person but will feature socially distant observances.

Dozens of groups have scheduled “Pray on MLK” events across the country on the holiday, said the Rev. Jonathan Tremaine Thomas, founder of the movement Civil Righteousness in Ferguson, Missouri. Plans include outdoor gatherings at the corner of 71st Street and Martin Luther King Drive in Chicago and at a park named for King in Bakersfield, California.

Thomas said there was a surge in interest after the Jan. 6 attack on the Capitol, with some seeking an outlet to start to do something to address racial divides in the country. The event, which has been promoted by the National Association of Evangelicals, includes Blacks, Latinos and whites who are evangelical and mainline Protestant.

“They’re seeing this as a way either to express solidarity or express lament,” Thomas said of those who have signed up to participate. “Or really just to know there’s a unified cry where we’re all kind of shellshocked and reaching for heaven’s help.”

Beyond the silent prayers, rallies and opportunities for “tough conversations” he expects will occur on the holiday, Thomas said he hopes people will keep returning to what King called “the table of brotherhood” that can lead to areas of agreement for positive change.

In Los Angeles, a car caravan on Sunday will celebrate “Radical King,” starting in the homeless community of Skid Row and ending in Leimert Park, a neighborhood considered to be the center of Black culture in LA. The event will be hosted by Clergy for Black Lives, the Southern Christian Leadership Conference, Black Lives Matter Los Angeles and Clergy and Laity United for Economic Justice. 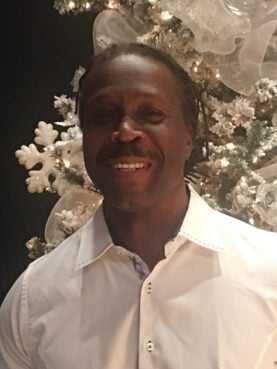 Speakers at the event will touch on King’s stances on mass incarceration, poverty and non-violent resistance, said pastor Stephen “Cue” Jn-Marie, who founded The Row, or “The Church Without Walls,” in Skid Row.

As part of the event, COVID-19 testing, health screenings and personal protective equipment giveaways will be held at Skid Row and Leimert Park.

Jn-Marie said that because events commemorating King’s life often sanitize his message, organizers want to uplift his radical ideas that are “part of the antidote for what we’re dealing with today.”

Numerous other religious organizations are offering resources and suggestions for action on or around King Day.

Hindus for Human Rights and the Indian American Muslim Council announced an essay contest for South Asian junior high and high school students to write about “How my identity intersects with the civil rights movement.”