(RNS) — Fantasy novel enthusiasts wish to turn the house of famed Catholic author J.R.R. Tolkien in Oxford, where he wrote “The Lord of the Rings” and “The Hobbit,” into a meeting place for writers, screenwriters and filmmakers from all cultures and faith backgrounds.

In 1930, Tolkien moved into the house at 20 Northmoor Road where his children would grow up during the Second World War. Project Northmoor is a charity created with the purpose of buying the house, currently for sale for roughly $6 million. The project has already raised about $1 million.

While many influential English writers, such as Jane Austen, Charles Dickens and Thomas Hardy, have a center or museum dedicated to them, there is no equivalent that pays tribute to Tolkien’s legacy.

The Oxford City Council will not allow the property to be turned into a museum, since it’s in a residential area, but Tolkien fans hope it might become a literary center of discussion and encounter for those who wish to delve deeper into the world of Middle Earth.

Actors who were a part of the “Lord of the Rings” movie franchise have also voiced their support, including Martin Freeman, who played the hobbit Bilbo Baggins; Sir Ian McKellen, who starred as the wizard Gandalf; and John Rhys-Davies, who played the dwarf Gimli.

Unlike other writers of his stature, there is no centre devoted to J.R.R. Tolkien anywhere in the world. Yet. @ProjNorthmoor https://t.co/pzMg8Yk2t2 pic.twitter.com/jx2r5MVbcw

“I think it would be wonderful to go and read and be inspired by Tolkien,”  Julia Golding, an award-winning author and screenwriter who founded Project Northmoor, told Religion News Service. 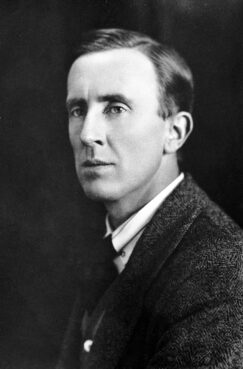 Golding said she hopes the place will be “a version of Rivendell,” the elven city in “The Lord of the Rings” where sojourners from all fantastical races and backgrounds meet for reflection and, of course, adventure.

The project has come under fire due to concerns that the trustees behind it, who have backgrounds in Christian organizations, might use the house more for proselytizing than promoting Tolkien’s legacy.

According to Golding, in fantasy writing “there should be a space for everyone” to write, regardless of their faith. “Narrowing the world’s cultural voices is the opposite of what we want to do,” she said.

Tolkien was a serious Catholic and founder of the Inklings, an informal literary group of fantasy writers who gathered to share notes and try out new ideas. Many of the members were Christian, including Tolkien’s close friend C.S. Lewis, author of “The Chronicles of Narnia.”

Lewis incorporated Christian themes far more explicitly than Tolkien, who favored a more demure approach to faith in his books. Golding compared the use of faith in Tolkien to the computer graphics effects used to create Gollum in the “Lord of the Rings” films, all of which won Oscars for their visual effects. 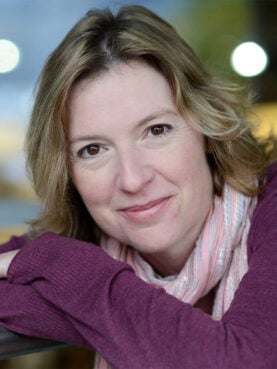 Actor Andy Serkis wore a bodysuit and had dots marked on his face to play the schizophrenic villain Gollum during filming, but what eventually appeared on screen was a computerized version of the character. Faith in Tolkien feels similar, Golding said, “despite the rendering and under the surface, you can still feel the faith that’s driving it.”

Even though Tolkien wrote in the context of his time and faith background, Golding said his stories can be universal. “He’s very accessible to everyone, no matter what faith you are coming from, because he portrays core human values like sacrifice, friendship, fellowship and — let’s not forget — love,” she said.

Tolkien’s books are pretty clear about which side is right and which is wrong, which Golding believes can still be relevant today even amid growing polarization worldwide. While some recent fantasy sagas, such as “Game of Thrones,” have offered multifaceted conflicts coming in all shades of gray, Golding believes there is still space for clear heroes and villains in the genre today.

“Yes, it’s awful the world situation, but there is a human spirit that can be heroic and positive,” she said, pointing to the example given by doctors, health professionals and even neighbors during the COVID-19 pandemic. A Tolkien plaque on the house at 20 Northmoor Road on the outskirts of Oxford. Photo courtesy of Breckon and Breckon

Project Northmoor’s organizers say there is still space for faith-inspired fantasy novels, though they should not be limited to Christianity and must be grounded in “respect and tolerance” for different worldviews.

Tolkien’s house, once it’s renovated and its garden is restored, will stand as “a center for creativity,” Golding said. After all, she added, one of the great legacies of Tolkien’s writing and the Inklings group is the importance of coming together for a common purpose.

“You cannot defeat evil on your own,” she said, pointing to the ring that in “The Lord of the Rings” trilogy represents the corruptive evil of power. “You cannot do it on your own. You need mercy and help.”

Or, as another beloved Tolkien character, Samwise Gamgee, once said, “There’s some good in this world, Mr. Frodo, and it’s worth fighting for.” 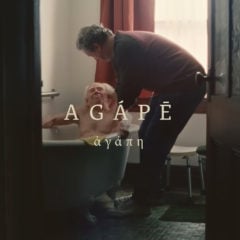 Opinion
The four loves (of New York Life)
Follow us on Facebook!
Submit your photos to RNS