(RNS) — Since mosques have closed in the U.S. and around the world due to COVID-19 limitations, “virtual khutbahs” — Muslim Friday sermons delivered online — have become common. What is harder to find is the sense of community and full range of spiritual services that a mosque offers in normal times.

Now a virtual hub called ImamConnect aspires to provide just that: everything from Muslim circumcisions to headstone engravings on a platform designed to be an “Uber for imams.” On ImamConnect, Muslims can log on to find not just one imam but a crowd of co-religionists.

And it is not just imams. Billed as “the world’s first online marketplace for Muslim services,” the app connects users to brick-and-mortar businesses down the street and experts halfway around the world, offering instruction in everything from Islamic learning to Arabic calligraphy in 14 different languages.

Someone looking less for spiritual counseling than life coaching can tap the advice of Azam Jamil, a former tennis player who played for Pakistan’s Davis Cup team.

RELATED: Faith and the COVID-19 vaccine: ‘Muslims were among the first to believe in vaccines’

Whatever the service listed, it has been vetted by a broad pool of scholars, from both the Sunni and Shiite denominations. 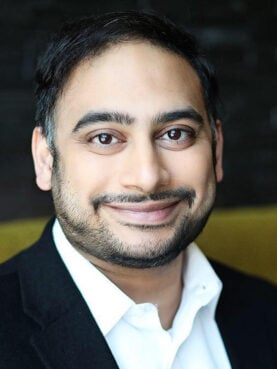 Muddassar Ahmed, one of the founders of ImamConnect, said he launched the platform “to address a pressing concern — how young Muslims can get access to carefully vetted Muslim faith-based services from the religious to the nonreligious.”

The service is as much of a boon to its providers as it is to its customers. “ImamConnect offers increased opportunities to engage with clients globally with my expertise in the reality of diversity and inclusion,” said Tasneem Chopra, author, commentator and cross-cultural consultant.

ImamConnect is part of a growing trend to provide more services and products to Muslims online. Muslims spent some $220 billion on online entertainment and other virtual content in 2018, a figure that is expected to reach $309 billion by 2024, according to figures compiled by Salaam Gateway, an Indonesian think tank.

But Ahmed, a London entrepreneur, said he views ImamConnect as a social enterprise as much as a business. He designed it to help build new links within the Muslim community, rather than serve to turn a profit alone.

“The individuals ImamConnect seeks to support are ‘unmosqued,'” said Ahmed, “and tend not to go to their local mosque for these services but still need faith-based expertise.”

The decline has disturbed Muslims who see the community as the core of Islamic practice. Groups such as the Assembly of Muslim Jurists of America issued a fatwa arguing that the weekly congregational prayer known as jumah must be held in person to be considered valid.

“Even non-Muslims are familiar with the neat lines Muslims form in communal prayer,” said Saeed Khan, an expert on American Muslim communities at Wayne State University. “The point of coming together as a community is critical. There are no reserved pews, so to speak, in a mosque. A Muslim praying at a mosque in St. Louis or San Francisco could find himself shoulder to shoulder with a taxi driver, a tech entrepreneur or a small-business owner.” 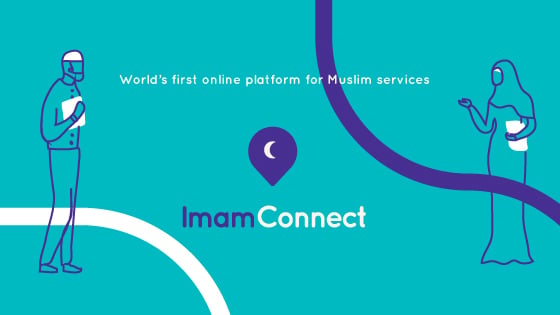 By bringing Muslims together, he said, “ImamConnect may signal the move towards building a similar sense of community in other aspects of Muslim life.”

The same scholars who insist on community, however, are suspicious of technological advances that might meddle with the purity of the faith.

RELATED: What four strangers of different faiths learned while living together during a pandemic

In the 1930s, mosques worldwide began to amplify their muezzins’ call to prayer with speakers placed in their minarets. For some, this was considered a problematic potential violation of the spirit, if not the letter, of Islamic law. Today, the use of megaphones is widespread and helps ensure that Muslims can still hear the call to prayer above the noise pollution of the urban environment.

ImamConnect may offer a similar solution, especially for Muslims who live under a rhythm that doesn’t necessarily or easily accommodate their needs — be they spiritual, social or logistical.

Whether it’s needed because of a health crisis or other impediments, ImamConnect hopes to allow Muslims to achieve mobility in the virtual space, allowing them to redefine, reaffirm and reconnect with that quintessentially Islamic concept of the ummah — the global Muslim community. 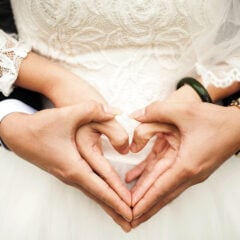 News
Amid Black exodus, young Catholics are pushing the church to address racism
Follow us on Facebook!
Submit your photos to RNS