The concept could be profoundly simple or particularly complex.

For Berlin’s “House of One,” it’s turning out to be a bit of both.

Its designers and leaders hope it will be used by Jewish, Christian and Muslim members as a place to pray, worship, gather and, perhaps above all, host a dialogue among their respective religions and with society at large.

But while the House of One is intended to show that peace is possible among — and through — the world’s so-called “Abrahamic traditions,” some Berliners regard it as an overwrought symbol that has little practical purpose in the heart of one of the world’s most cosmopolitan cities.

The idea for the House of One came to Protestant pastor Gregor Hohberg after he discovered the ruins of Berlin’s first church. The late Romanesque building, dating to the 13th century, had been destroyed and reconstructed repeatedly, most recently in World War II, before being torn down during the Cold War.

Hohberg wanted to honor the history of the place with a new building, but not just another church. “It had to be something that spoke to Berlin, to our world today.”

With the support of his parish, Hohberg sought out Jewish and Muslim partners. First came Rabbi Tovia Ben-Chorin, later replaced by Rabbi Andreas Nachama, a former rabbi for the American military synagogue in Berlin’s southwest. Then, Imam Kadir Sanci, of the Forum for Intercultural Dialogue, joined them. Pastor Gregor Hohberg. Photo courtesy of House of One 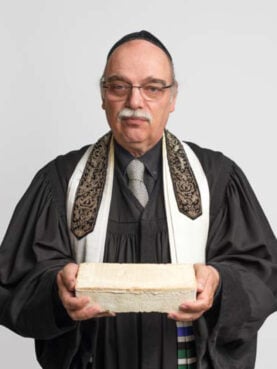 Rabbi Andreas Nachama. Photo courtesy of House of One 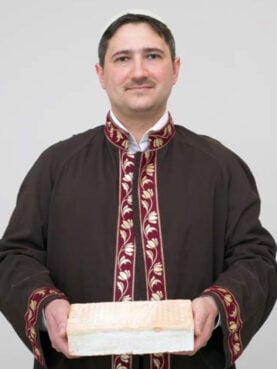 Imam Kadir Sanci. Photo courtesy of House of One

The three began the slow process of getting to know one another and raising funds for the massive building project. “At first we were conversation partners,” said Sanci, “then we were colleagues, and now we are friends.

The three have grown to become more than just friends, said Sanci, but “Seelenverwandte” — or “soul relatives,” who plan to seal their friendship at a groundbreaking ceremony at Petriplatz, in the center of Berlin, in May.

“On our way to peace in heaven, we have the chance to create that here on earth,” said Nachama, “but that’s not to be taken for granted. You have to work at it and build a place for peace on earth.”

The House of One’s architectural design has received lots of attention over the last decade. Its layout provides equal space for Jews, Christians and Muslims to pray, worship and gather under its roof. But the emphasis is on the spacious “Begegnungsraum,” or meeting place that connects them, where people of all backgrounds will be invited to build relationships of peace like the one Hohberg shares with Nachama and Sanci.

“In this room,” said Sanci, “the House of One becomes more than a house of prayer, but a house of understanding.”

The House of One is not the first attempt at housing the Abrahamic faiths together. The House of Religions in Bern, Switzerland, opened in 2014, and the Tri-Faith Initiative in Omaha, Nebraska, in 2020. The Temple of All Religions in Kazan, Russia, and the Abrahamic Family House in Abu Dhabi, U.A.E., are both under construction. Other similar meeting places in Haifa, Vienna, and elsewhere have been compared to the House of One.

“This idea is exportable,” said Nachama. “The House of One is just a ‘test-case’ for how we can actually build peace.”

In Tbilisi, Georgia, Bishop Malkhaz Songulashvili, the metropolitan bishop of the Evangelical Baptist Church of the Republic of Georgia, drew inspiration from the House of One for his own “Peace Project,” which locals also refer to as the House of One. 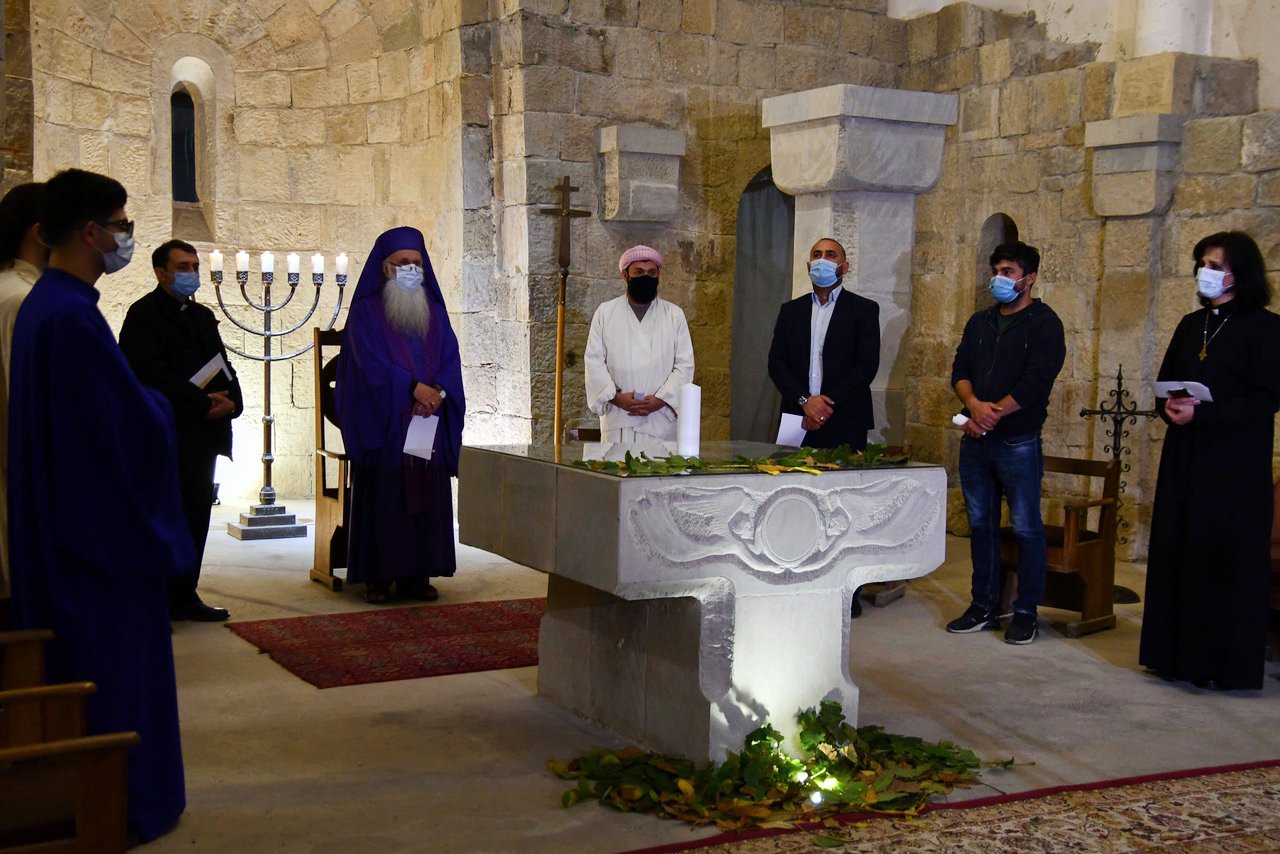 Painfully aware of religion’s role in violent conflicts, such as the recent nearby Nagorno-Karabakh war, Songulashvili’s congregation took the bold step of constructing a mosque and a synagogue attached to its church building, “creating a spiritual home for Abrahamic faiths, including both Sunni and Shia Muslims,” he said.

Bishop Ilia Osefashvili said that without the House of One in Berlin’s support, the project could not proceed. More than money, he said, “a project like House of One helps us to build bridges of peace and friendship with other religions. Without it, alienation and hostility are difficult to overcome.”

The House of One has also established a formal partnership with “the House of Peace and Religions” in Bangui, the capital of the Central African Republic, a majority-Christian country where faith has fueled conflict in recent years.

Berlin’s House of One has worked with the country’s cardinal, Dieudonné Nzapalainga; the former president of its Islamic Council, Imam Oumar Kobine Layama; and president of its Evangelical Alliance, Pastor Nicolas Guérékoyaméné-Gbangou, to further efforts at unity.

For all its influence abroad, however, the House of One has faced criticism at home. While the House of One’s intentions are in the right place, various multifaith activists say, the details have been problematic. Some have complained that the exorbitant cost could have been better spent. 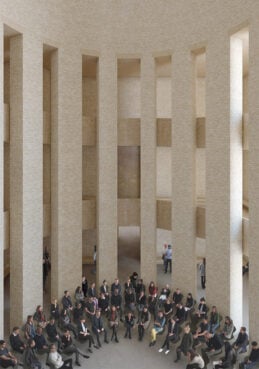 An artistic rendering of the central, communal gathering area in the House of One design. Design by Kuehn Malvezzi, image courtesy House of One

Dagmar Apel, pastor and consultant on migration and integration for the Protestant Church in Germany (EKD), expressed concerns that the House of One will showcase its founders’ hopes more than bring faiths together in the city.

“We need something that speaks to Berlin on the inside and not just on the outside,” Apel said. “The design is beautiful, but we need a place that is more than a meeting point for tourists, but for true religious exchange.”

Berlin, with its diverse, young international mix, can be a place where “Germans can develop a better intercultural competence,” she said, but added that “the House of One lacks grassroots support.”

Apel and others fear that Sanci’s association with Fethullah Gülen, the Turkish imam who founded the Hizmet Movement, will deter many of Berlin’s Muslims. Hizmet describes itself as a “faith-inspired civil society” but has run afoul of the ruling AK Party in Turkey for its supposed political aspirations. It is a lightning rod in the broader German Muslim community, particularly for its large Turkish minority.

“The Gülen movement is not representative of Muslims in Berlin,” said Apel, “and could never be because of the political situation.”

Moreover, said Apel, “where are the Asian religions? The spiritual-but-not-religious? You can’t have a ‘House of One’ without involving people of other religious groups.”

Michael Bäumer, the managing director for the Berlin Forum of Religions, agreed that the House of One missed an opportunity by not speaking to Berlin’s broader religious diversity.

“It’s a difficult task to bring different people together for dialogue,” he said, “and a lot of religious people in Berlin aren’t really interested in the House of One.”

As a Buddhist, Bäumer said, “I don’t know why I would go there. They have a lot of work to do to reach beyond the three religions.”

Bäumer has cooperated with the House of One on different multifaith initiatives and admires the leaders’ meaningful multifaith relationship.

“I like the people involved. They are good people and we often talk together. I really like them,” but, when the House of One is finally finished, Bäumer said, “the important question will be whether they can open their relationship of peace to other persons of belief.” 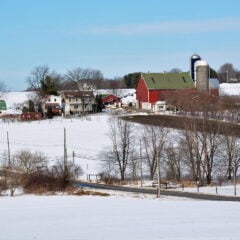