(RNS) — When Lupe Garcia, a 71-year-old retired community organizer, asked me for help finding blankets for residents without power in a low-income housing unit in Austin, Texas, my first reaction was to be glad. Not because of the circumstances, but the story: Here was a situation I could write about to make people care about how the failures of the Texas government disproportionately impact vulnerable communities. The request was simple and clear — usually the best type of story to tell to elicit the kind of sympathy that leads to action.

But after a moment of gladness, I felt rage. As a Texas-based writer who covers refugees and other underrepresented groups, I get tired of telling the stories of those who bear the brunt of injustice in order to garner sympathy from individuals, organizational leaders and policymakers so they are compelled to respond.

The failures of the Texas government to update the power grid and the catastrophic results of last month have been well documented. Officials have isolated the state’s power grid and allowed power providers to ignore the threat that extreme weather or emergencies pose to their equipment — even after past storms revealed significant issues. Texas set itself up for the colossal statewide collapse from Winter Storm Uri, which disproportionately impacted low-income people.

Former Governor Rick Perry nonetheless used the occasion to extol the virtues of limited government. “Those watching on the left,” he said, might view this moment as “an opportunity to expand their top-down, radical proposals,” but “Texans would be without electricity for longer than three days to keep the federal government out of their business.”

This has been one of the core tenets of the state’s conservative leaders, who have been in power in Texas since the 1990s. They take pride in deregulating the state’s power market and allowing power companies — rather than government agencies — to decide what maintenance was necessary and when to perform it.

But as Texas conducts a post-mortem on the Deep Freeze, this moment reveals a critical disconnect in the political and moral framework for Christian voters in a state where faith remains something we talk about easily and often, and for other Christian voters who are watching and responding to the needs in Texas. 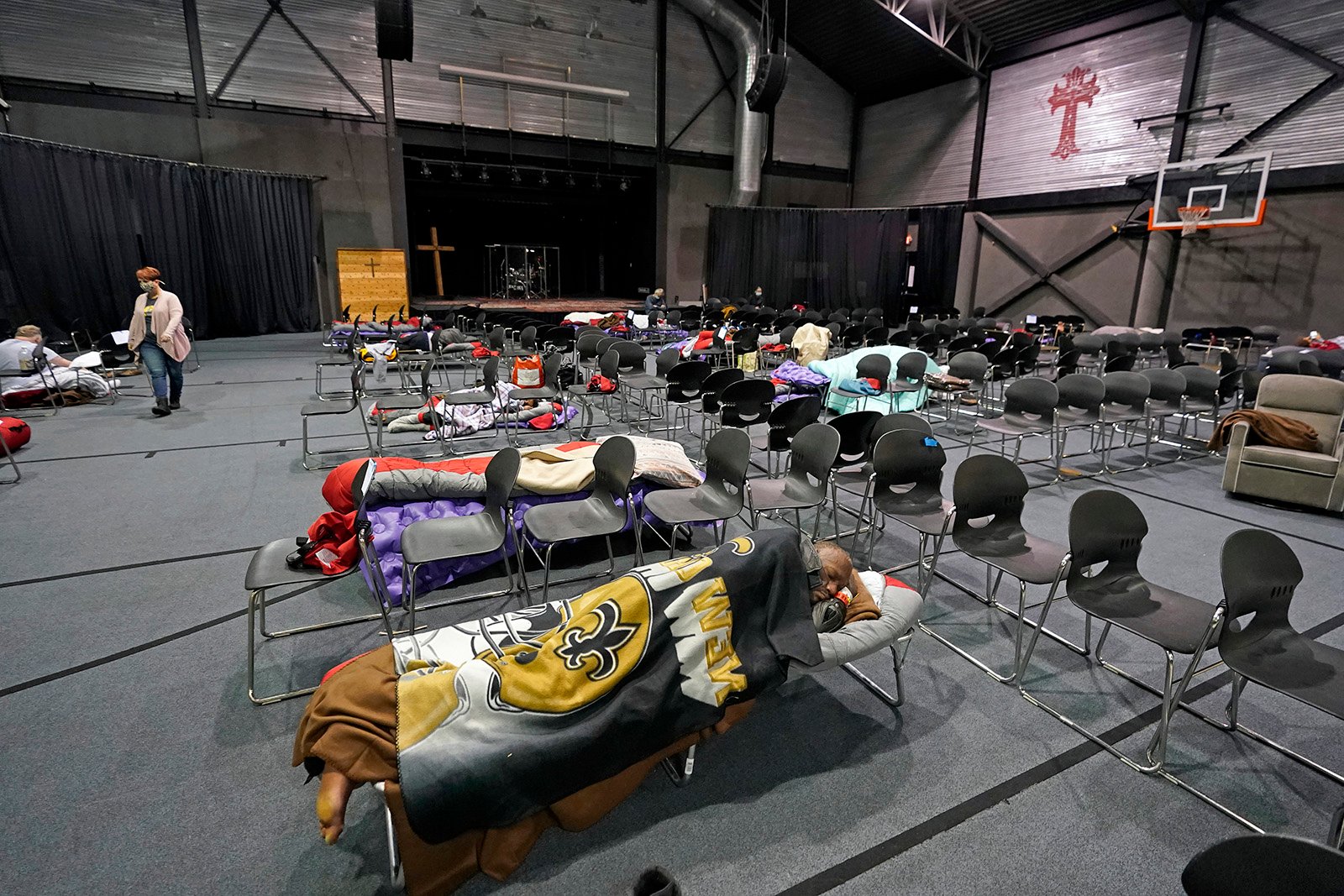 I have lived the majority of my life in Texas. I would have identified as a “compassionate conservative” in the first presidential election in which I voted. I still know and love many people who would use that phrase to define their values. Their view of government oversight can best be summarized by the phrase George W. Bush used in his first presidential campaign speech in 1999: “government that both knows its limits and shows its heart.”

Marvin Olasky, who served as an informal adviser to George W. Bush, in his 2000 book “Compassionate Conservatism: What It Is, What It Does, and How It Can Transform America,” defined how compassionate conservatives should care for those in need:

The goal is to look within the family first; if the family cannot help, maybe an individual or group within the neighborhood can; if not, then organizations outside the neighborhood but within the community should be called on. If it is necessary to turn to government, compassionate conservatives typically look first to municipal, then to county, then to state, and only then to federal offices.

I typically agree with those basic tenets — helping happens best within relationships, and people and communities are usually most capable of helping themselves. In Texas, people of faith and community groups responded to the crisis immediately.

But compassion conservatism was always a tenuous pairing with political conservatism’s desire for evermore limited government. According to Amy Sullivan, author of “The Party Faithful: How and Why Democrats Are Closing the God Gap,” compassionate conservatism “walked a fine line” between “the idea that we need to care for one another” on the one hand, and the fact that “it’s not always within an individual’s ability to pull themselves up” on the other.

Even back when compassionate conservatism was the dominant ideology in the Republican Party, it was evident that a well-managed social safety net remained critical. In 2012, David Beckmann, then president of the nonpartisan Christian advocacy group Bread for the World, wrote that the “most effective way to meet the needs of hungry and poor people in the United States is through strong federal government programs.”

According to Beckmann, individuals, organizations and faith-based groups could not possibly fill the gaps left by a limited government: “All the food that churches and charities provide to hungry people is only about 6 percent of what is provided by federal government nutrition programs.”

As the Republican Party moved away from the politics of George W. Bush to the politics of Perry and his successor, current Gov. Greg Abbott, as well as former President Donald Trump and others, the emphasis on limited government remained, while the compassion seems to have been lost.

That shift has left many people I know in a complicated political place. They continue to align themselves with a party that once seemed to match their Christian values reasonably well. But Texas’ inability to provide for its people showed again the failings of that political alignment.

RELATED: In Texas, Muslim volunteers jump in to help feed the frozen

The circumstances of 2020 and 2021 are not going away. Climate change will mean the kind of extreme weather we saw in Texas last month will continue. The shortcomings of limited government and over-reliance on individuals and organizations to meet that gap will only increase. “Nonprofits can’t be part of the Paris Agreement,” says Sullivan.

Garcia and her neighbors got their blankets, but they deserve more than a system that depends on people responding to sympathetic stories of those in need. They need a government that cares enough to make sure their electricity and water don’t evaporate in a cold snap.

(Jessica Goudeau is the author of “After the Last Border: Two Families and the Story of Refuge in America.” This article was supported by the Economic Hardship Reporting Project. The views expressed in this commentary do not necessarily reflect those of Religion News Service.)