(RNS) — Luis Palau, a Christian evangelist known for his smile and hearty laugh and described by some as “the Latino Billy Graham,” died Thursday (March 11) at his Portland, Oregon, home. He was 86.

Over the past half-century, the Luis Palau Association, based in Beaverton, Oregon, estimates that it has reached 30 million people in 75 countries. Under its Argentine-born founder’s leadership, the association “has coordinated hundreds of citywide campaigns in dozens of nations, including major evangelistic festivals on five continents.”

In the process, he worked with thousands of churches in hundreds of cities around the world, with gatherings in London, Hong Kong, Singapore, Chicago, Moscow, Madrid, Mexico City, Buenos Aires, Washington and elsewhere.

Palau wrote dozens of books and was featured in radio broadcasts in English and Spanish on 3,500 radio outlets in 48 countries. In April 2019, the ministry released a feature-length film about the evangelist’s life and legacy in North and South American theaters, as well as in Spain.

In a January 2018 video, Palau disclosed to ministry supporters and friends that he had been diagnosed with late-stage lung cancer and that his illness was terminal. 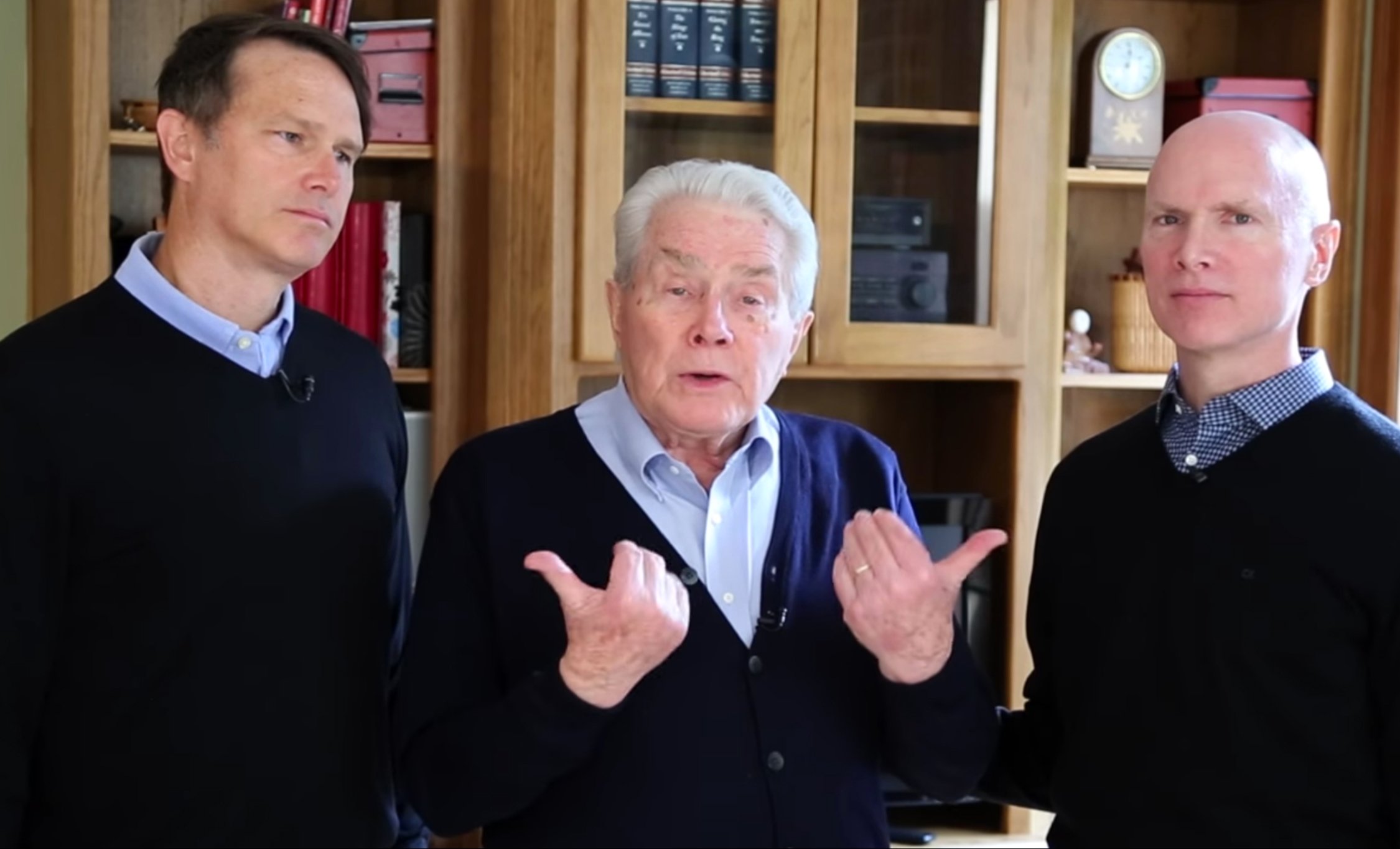 Luis Palau, center, announces his cancer diagnosis via video on his website Palau.org with his sons Andrew, left, and Kevin, right. Video screengrab

“Everything is ready and if the Lord wants to take me home in the next few months or two years or whatever it is, I’m ready,” he said. With him in the YouTube video were his sons, Kevin and Andrew, who Palau said would lead the team that succeeds him.

The diagnosis, which he had learned several months earlier, came as a surprise, he wrote in a statement posted on the Luis Palau Association website. “As you can imagine, this isn’t news we were expecting or hoping for. Yet our trust in the Lord remains rock solid.”

For several more years, Palau did well, appearing at an outdoor crusade in Madrid in the summer of 2019. Then, last week, Palau’s sons wrote to friends and supporters: “As you know, Dad has been fighting lung cancer for more than three years. For most of that time he has felt great. It has been a blessing.

“Sadly, at the beginning of the year that changed and Dad took a turn for the worse. He spent two weeks in the hospital in January, dealing with heart and lung issues. … Although the doctors thought they had stabilized his condition and were happy to send him home, he returned to the hospital last Friday. 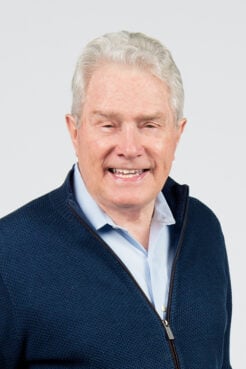 “After meeting with doctors, the decision was made to stop all treatment and start on hospice care. All the medications and treatments were proving to be too much for his body to handle. On Tuesday, Dad returned home where he can rest, be more comfortable, and spend time with family.

“We know this is probably hard for you to hear. Please know that the entire family is so thankful for your encouragement, prayers, and friendship.”

Palau, born in Buenos Aires in 1934, heard a Billy Graham Crusade on a radio broadcast while still a teenager, by which time he had already dedicated his life to Christ. He moved to Oregon in 1960 to attend Multnomah Bible College and married his wife, Pat, there. After several years of missionary work, the couple returned to Oregon and, with $100,000 seed money from Graham, Palau founded his association.

His evangelism was conducted in both English and Spanish. In 1980, his nine-day Festival of the Family Crusade, held at the Los Angeles Sports Arena, drew 52,000 to hear Palau preach in Spanish, at a time when, according to Christianity Today, fewer than 25,000 Latino evangelicals were estimated to live in the greater LA area.

“Luis Palau was the quintessential bridge between Hispanic Christians and the collective of American evangelicalism,” said the Rev. Sam Rodriguez, chairman of the National Hispanic Christian Leadership Conference. “He emerged as a Latino evangelical. He departs this planet as an evangelical — a period, without a hyphen, without an asterisk. He was literally the first to have achieved such a grandiose task.”

Gabriel Salguero, founder of the National Latino Evangelical Association, remembered the influence Palau had on him throughout his life. “I grew up evangelical, so I knew about Luis Palau since I was a child,” Salguero said. “He was legend in Latino evangelicalism; I knew about his crusades, his revivals with hundreds of thousands of people. He’s like Billy Graham; I listened to his radio show since I was very young.”

For years Palau modeled his evangelism after Graham’s crusades. But about the turn of the 21st century, Palau shifted strategy, turning to what he called “festival evangelism” — edgy, upbeat, outdoor gatherings. The old crusade model, Palau explained in 2005, would draw Christians, but not the unchurched he wanted to evangelize. “We were not seeing the crowds that we wanted to come,” he said at a 2005 Orlando, Florida, gathering. “It was a church crowd, a large church celebration.”

Palau noticed that the one evening of the multiday crusade designated as “Youth Night” was drawing the kind of high-energy seekers he was looking for.

“I bought into it,” he recalled, taking the advice of his sons and younger associates. He shortened the crusades from five or six days to two and started calling them festivals.

He began holding free outdoor festivals that featured skateboarding and BMX races. Christian hip-hop music was added, along with Hollywood stars and professional athletes. Few crosses or other Christian symbols were in evidence, but Christian messages were given throughout the day.

Normally, Palau would speak each day at dusk, holding performances of the best-known musicians until he finished his message. Despite the change in context, from crusade to festival, Palau said in an interview, “the content hasn’t changed. The essence hasn’t changed. It can’t.” 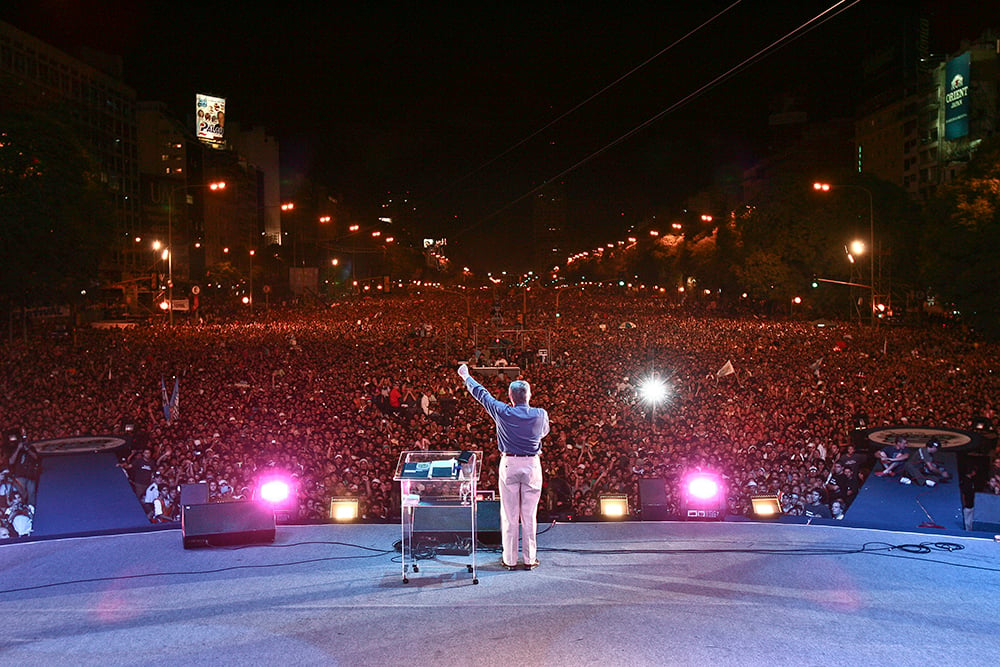 Luis Palau in Buenos Aires in 2008. Photo courtesy of the Luis Palau Association

Palau eschewed the lavish lifestyle of some of his fellow evangelists. Until a decade ago, he would often fly economy class, sometimes sitting in the middle seat, even on transatlantic flights, until the ministry’s board insisted he at least fly business class.

“I knew him as a legend,” Salguero said, “but I was overcome by his humility. … The three things I most remember about Luis Palau are: integrity, humility and his sense of humor — he was so incredibly funny. He wasn’t just good with crowds, he was humble, he was very personable. He was the same, whether it was a hundred thousand people in Central Park, or one-on-one over coffee.”

Palau was devoutly nonpolitical and nondenominational, and took no offerings at his festivals. In each city, his team offset costs by recruiting corporate sponsors.

Palau, said Salguero, “reinvented himself with his festivals. He was an innovator. Any young Hispanic evangelist in America or Latin America owes a debt of gratitude to Luis Palau, for his ministry and his role modeling.”

On Feb. 26, in what Luis Palau said was likely his last letter, he wrote to close friends that he was home from the hospital, no longer taking medicine, apart from palliative care.

“My time here on earth is done,” he wrote. “I see the finish line right before me and I trust I will win the prize God has offered up to me.”

If he could encourage his friends in one way, he said, it would be this: “Never let the fire of evangelism fade. Stand strong for the Gospel!…I know I will close my eyes to this world and open them to glory…to the face of my Savior.” 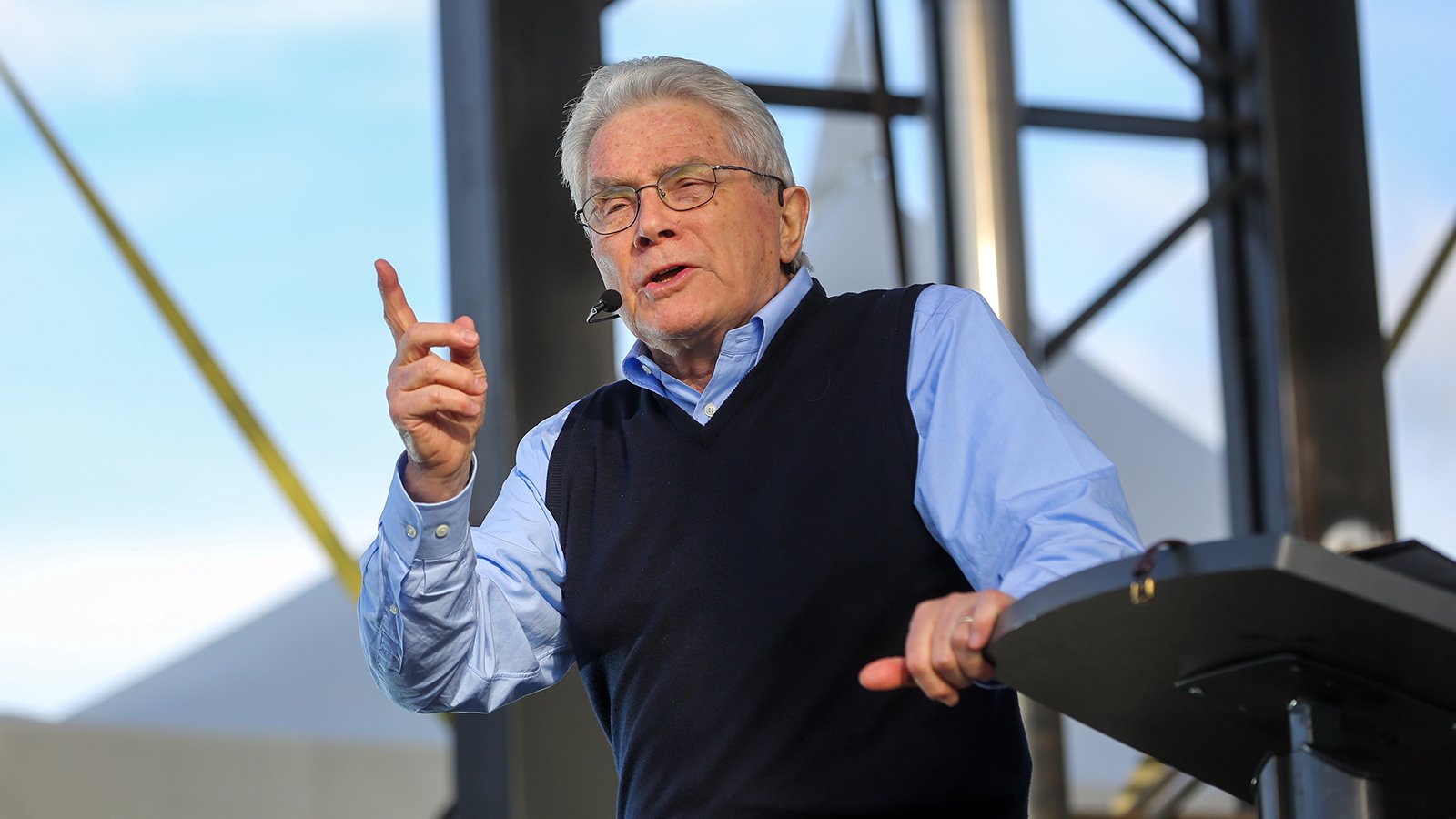