(RNS) — As details emerge about Robert Aaron Long, 21, the suspect in three Atlanta-area shootings, it seems that the man accused of killing eight people, including six Asian American women Tuesday night (March 16), is a committed Christian.

Long was baptized three years ago at Crabapple First Baptist Church in Milton, Georgia, where his father was a lay leader, and gave a testimony that circulated online. He was embedded in church culture: As a teenager, according to The Washington Post, he would “stack chairs and clean floors” at the church. An Instagram account that appeared to belong to Long includes the tagline, “Pizza, guns, drums, music, family, and God. This pretty much sums up my life. It’s a pretty good life.”

We don’t know much else about Long. Naturally many are raising questions about his mental health. Yet the racial dynamics in the shootings are undeniable, as Washington-area pastor Duke Kwon noted on Twitter: “Whether or not this incident proves to be a racially motivated hate crime,” he wrote, “it’s gutting news for an Asian American community already reeling from the recent rise in violent racist attacks.”

But, for many Christians, one phrase leapt out of the early news reports. According to police, Long said he targeted women working at massage parlors because they were “a temptation for him that he wanted to eliminate.” According to The Wall Street Journal, he targeted these businesses “in retaliation” for feeding what he called his sex addiction.

In other words: The women made him do it.

As a member of the Southern Baptist Convention, Long no doubt learned that the Apostle Paul exhorted Christians to “flee from sexual immorality.” Jesus himself taught that lust is committing adultery in one’s heart, employing a vivid metaphor to underscore the gravity of his point: If your eye causes you to stumble, pluck it out. It’s better to get into heaven with one eye than not at all. That teaching leaves no doubt where the responsibility lies for managing lust: with the person struggling with lust.

Yet, in many Christian circles today, this New Testament gets twisted so that others — specifically women — are responsible for managing young men’s sexual desires — by not being an object of temptation, in what they wear or how they carry themselves.

The connection goes back a ways. Seventeenth-century British Puritan pastor Richard Baxter taught that women should avoid being a “snare” in how they dress. “You must walk among sinful persons, which all men are, as you would do with a candle among straw or gunpowder or else you may see the flame which you did not foresee when it is too late to quench it,” he wrote.

In our day, radio host and writer Nancy Leigh DeMoss builds off of Baxter’s image to call women to be responsible for “governing our modesty.” She shares a story of a woman whose husband had an affair with someone who dressed “sensually.” The wife was convicted to throw out any potentially immodest clothing so that she wouldn’t tempt any man the way the other woman had ensnared hers.

If your clothing has caused your man to sin, pluck it out.

Reformed pastor-theologian John Piper has written a lot about modesty. He teaches that men are “more visually spring-loaded to lust or to think unhelpful thoughts when they see a certain picture or person … it seems like a lot of Christian women are oblivious to the fact that they have some measure of responsibility here.”

The operative word is “responsibility.” Women are made responsible for helping men avoid lustful thoughts, and in marriage they are responsible for keeping their husbands sexually engaged. So if husbands wander outside their marriages, their wives are either frigid, too busy or “let themselves go,” in the words of a recent sermon, chiding wives, that went viral. One bestselling Christian book encourages these wives to think of themselves as a “methadone-like fix” for a husband struggling with lust.

This isn’t a matter of modesty or propriety, which is ultimately about humility before God; it’s misogyny dressed up in spiritual language. “Purity” culture turns people into objects: A woman who has sex before marriage is a rose without petals. Or a cup of water that’s been spat in. Or a piece of chewed gum. The person who steps outside the bounds of purity becomes less than a person, as well as someone who leads others astray. These teachings fall doubly hard on women of color, who are already dehumanized by racist attitudes and then sexualized. 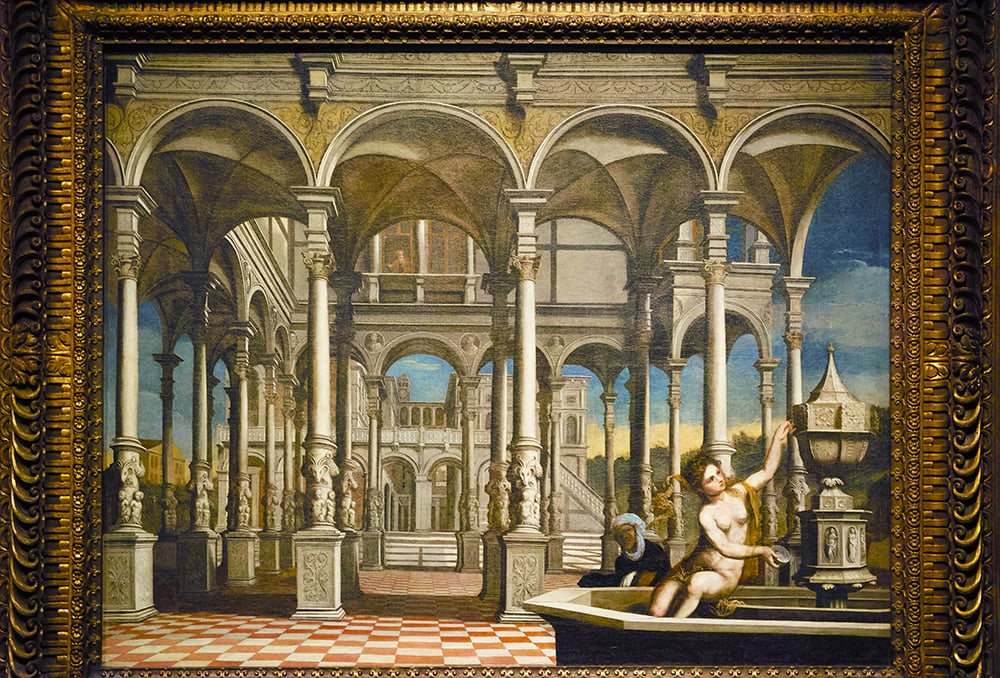 Call it the Bathsheba effect. Many contemporary sermons suggest that King David wouldn’t have committed adultery with his neighbor Uriah’s wife or killed Uriah if Bathsheba hadn’t been bathing in his line of vision. Ruth Everhart, author of “The #MeToo Reckoning,” notes that the story of David and Bathsheba is portrayed in Sunday school lessons as a titillating romance rather than rape that leads to murder.

Abuse advocate Rachael Denhollander tweeted after the news of this week’s shooting: “Brothers. Pastors. Seminary heads. How you teach sexuality matters … How you teach gender roles, and how you talk about women, how you sexualize them as temptations or dangers, matters. It can be life or death.”

Jesus treated women as people — with inherent worth and dignity arising from their bearing the image of God. He called them daughters and disciples. He let them into his inner circle; he met with Mary and Martha alone, thus breaking the Billy Graham rule. And he condemned those who would cast stones at the woman caught in adultery, inviting her instead to a life of dignity and freedom.

RELATED: David raped Bathsheba, and why that matters

We don’t know enough about Long’s upbringing to know precisely what he learned about women or sexuality growing up. But we do know we’re in a time when we’re seeing in plain sight the bad fruit of twisted teachings about sexuality, manhood and womanhood.

Now more than ever, Christian communities must reexamine attitudes and actions that blame women for men’s sexual problems. They must help men take responsibility for their own temptations. They must protect rather than blame victims of crime, violence and abuse.

As Christians, we can become defensive, complaining that we are being blamed or persecuted by media. Or, we can take this grievous moment as a chance to consider how our own teachings — in sermons, youth group talks and books — might perpetuate dehumanizing attitudes that lead to blaming and harming women for men’s sins.

As Denhollander said, nothing less than life or death hangs in the balance.

(Katelyn Beaty is a former managing editor of Christianity Today and the author of “A Woman’s Place” and a new book on celebrity in the church. The views expressed in this commentary do not necessarily represent those of Religion News Service.)