Should we blame Evangelical purity culture for the murderous assault that 21-year-old Robert Aaron Long is charged with launching on three Atlanta-area spas?

It certainly seems that way.

According to news reports, Long has a “sex addiction” and is consumed with guilt. Deeply religious, he feared his addiction put his salvation at risk. He sought help at evangelical treatment centers yet regularly relapsed. According to Atlanta police, he explained the spas as “a temptation for him that he wanted to eliminate.”

In an insider account of Evangelical purity culture, David French describes an “elaborate set of extra-biblical rituals and teachings that became popular in the 1990s and were designed to build safeguards and ‘strongholds’ of sexual purity in Christian communities.” These embody a “toxic theology” that teaches that Christians are “defined forever by their sin.”

To French, a critical element of purity culture is its emphasis on the responsibility of women to avoid provoking men to lust. “In fact,” he writes, “placing such burdens on women does not make the church more Christian.”

Crabapple took down its website and social media accounts after the shootings, so any evidence they might have provided is now unavailable. In a statement posted last Friday, the church did not in the least allow that its teachings could have contributed to Long’s struggle.

The statement calls what occurred a rebellion against God, pronouncing Long’s actions to be “antithetical to everything that we believe and teach as a church.” And in what looks like a dismissal of at least an element of Evangelical purity culture, it declares:

No blame can be placed upon the victims. He alone is responsible for his evil actions and desires. The women that he solicited for sexual acts are not responsible for his perverse sexual desires nor do they bear any blame in these murders. These actions are the result of a sinful heart and depraved mind for which Aaron is completely responsible.

If there was anything troubling in the statement, it was the church’s announcement that it had “started the process of church discipline to remove [Long] from membership since we can no longer affirm that he is truly a regenerate believer in Jesus Christ.”

I know that Baptist churches aim to be churches of the regenerate, comprised of the presumptively saved because they acknowledge Jesus as their personal lord and savior. That, after all, is the whole point of the aboriginal Baptist rejection of infant baptism.

Still, when one of your flock — in this case, a young man who has grown up among you — stands accused of terrible acts, you might signal some measure of personal concern. You might express a desire to reach out to the sinner in hopes of repentance. You might not immediately cast him out of your community.

Yet that is what, on Sunday, Crabapple Baptist did. Following its morning service it said it had “completed the process of church discipline to remove Robert Aaron Long from membership since we can no longer affirm that he is truly a regenerate believer in Jesus Christ (1 Cor. 5).”

In that proof text, the fifth chapter of Paul’s First Letter to the Corinthians, the apostle berates the followers of Jesus in Corinth for tolerating, and even being proud of sexually immoral members of their community. Instead, Paul says, they should expel “anyone who claims to be a brother or sister but is sexually immoral or greedy, an idolater or slanderer, a drunkard or swindler.”

You might call this the cancel culture of the Primitive Church. What’s hard to understand is inflicting it on a young man seemingly deranged by an inability to reconcile his impulses with what he believes his church teaches. 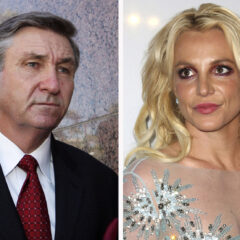 News analysis
Britney Spears: An icon for purity culture’s wounded women
Follow us on Facebook!
Submit your photos to RNS