(RNS) — In the wake of the recent mass shootings in Atlanta and Boulder, and the ongoing plague of gun violence that costs more than 100 lives a day in America, I have been reminded of the Bible verse that says Jesus wept over Jerusalem because its inhabitants didn’t know the things that would bring peace. It’s a powerful image of the “man of sorrows” weeping over the suffering of the world.

We in America today should be weeping with Jesus, who surely must be weeping over us.

America has five times more gun dealers than we do McDonald’s restaurants. With 5% of the world’s population, we have almost half of the world’s guns. We produce about 9.5 million guns a year. 26,000 guns per day. More than 1,000 per hour. 18 guns per minute. One gun every three seconds. We have a problem.

Where there are more guns, there are more gun deaths. Even in the pandemic, annual gun deaths topped 41,000, the highest they have been in more than 30 years. In my city, Philadelphia, we usually have one tragic homicide a day. Last year we had 499 homicides. Every one of them is a child of God, made in the image of God.

I grew up in the Bible Belt, in East Tennessee. I embraced a faith that loved God, and guns. I was proud to call myself “pro-life,” but I really only thought about that in terms of one issue — abortion. I still care deeply and am committed to reducing the number of abortions and the factors that lead so many people to have one.

But I’ve also come to see that pro-life should not just mean pro-birth, or anti-abortion. To be pro-life is to care about life after birth as much as life before birth.

The gun crisis in America is a spiritual and moral crisis. Gun deaths are the leading cause of death for American youth. Guns are the leading cause of death of police officers, and it is still legal to use bullets designed to penetrate body armor. For military service members, suicide by gun is the greatest danger. More military folks die from their own guns than from the guns of enemy combatants, nearly one military suicide every hour.

When you calculate the number of murders in developed countries, 86% of them are in the U.S. Since I was born 45 years ago, we have had more lives lost domestically to guns than in all the wars in U.S. history combined. We cannot be pro-life and ignore the epidemic of gun violence. 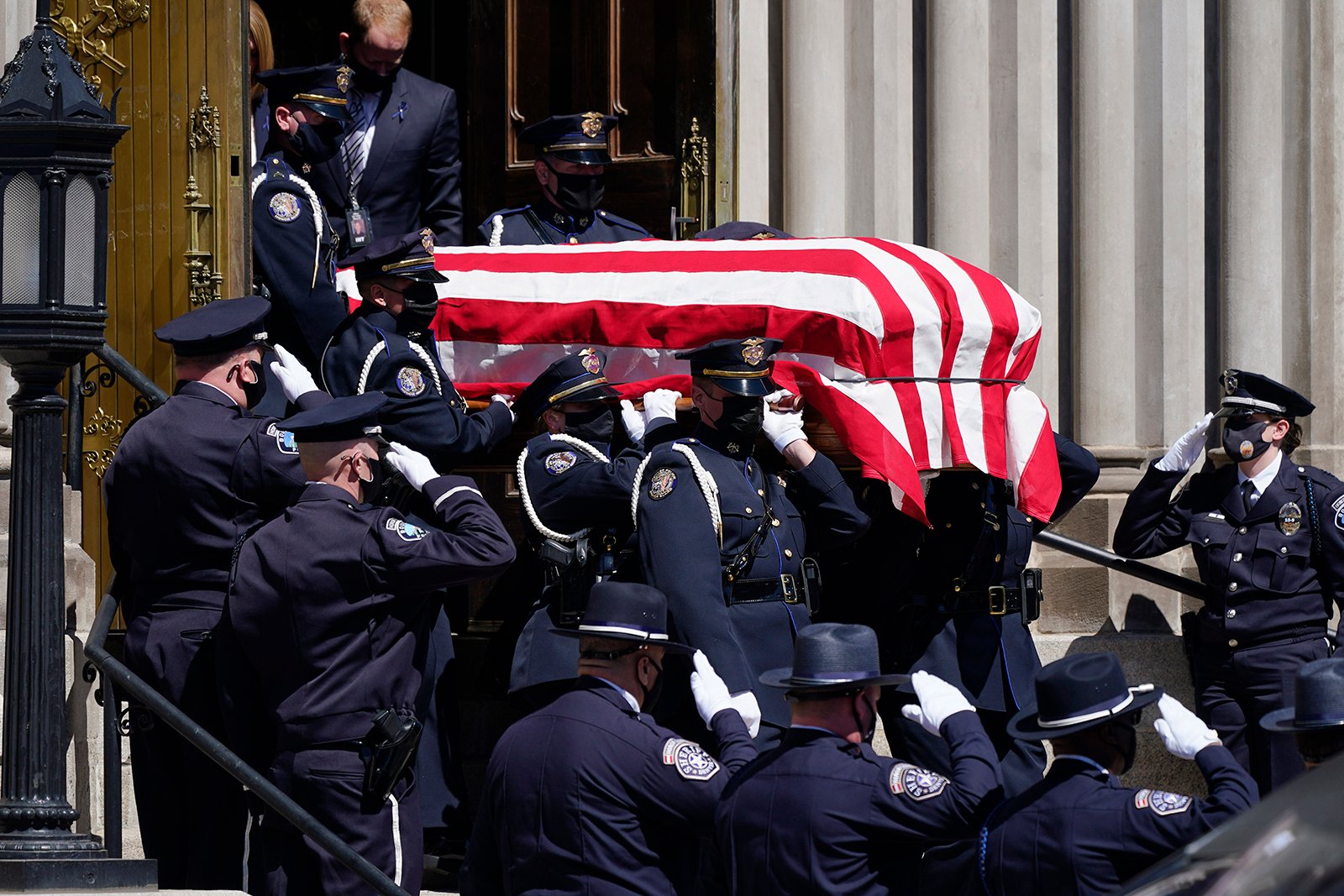 The casket carrying the body of fallen Boulder, Colorado, Police Department Officer Eric Talley is carried by a Denver police honor guard to a waiting hearse after a service at the Cathedral Basilica of the Immaculate Conception on March 29, 2021, in Denver. Talley and nine other people were killed March 22 during a mass shooting at a grocery store in Boulder. (AP Photo/David Zalubowski)

You would think pro-life Christians would be on the front lines, advocating for laws that could better protect lives from homicide and suicide by gun. But when it comes to this issue of life, Christians have been the obstacles rather than the champions of life.

The highest gun-owning demographic in America is white evangelical Christians. A stunning 41% of white evangelicals — almost half — own a gun. Compare that to 30% of the general population who own a gun (even though we have more guns than people in America, two-thirds of Americans choose not to have a gun). Think about that — those of us who worship the “Prince of Peace” on Sunday are packing heat on Monday.

There are those who say “It’s not a gun problem, it’s a heart problem” — that we need to change people’s behavior, not gun laws. In our 2019 book, “Beating Guns,” Michael Martin and I insist that gun violence is both a heart problem and a gun problem. God heals hearts. And people change laws. We need both in America.

I’m encouraged that an overwhelming majority of Americans, including gun-owning Americans, want to see better gun laws. More than two-thirds of Americans (67%) want a ban on assault rifles like the one used in the recent shooting in Boulder, Colorado. Guns like the AR-15 are designed to kill as many people as possible, as quickly as possible … and that is exactly what they keep getting used for.

Nearly 90% of Americans support background checks. Most of us think that domestic abusers should not have access to guns. Most of us want to make it a requirement that stolen guns be reported. Most of us support mandatory training before being able to get a concealed-carry permit. Most of us support a limit on the number of handguns one person can own, say 12 handguns per year.

These seem like reasonable, “common-sense” changes to most Americans. And we know that these changes will save lives. And it is not laws alone, but we also need better technology like “smart gun” features that would allow guns to operate from a fingerprint. This will cut down the lives lost to suicide, or to stolen guns, or to guns found in the house by a child.

It is not a matter of if we can save lives but if we have the courage to stand up to the gun extremists who profit off of unregulated guns in America. As Henry Ford said, “If you want to stop violence, figure out who is profiting from it.”

I have no doubt change is coming, common-sense gun legislation, that will save lives in America. I just want my fellow evangelical Christians to be on the side of life.

RELATED: Passover’s promise of a safer place is America’s story this year

In this season of Lent leading up to Easter, Christians are especially sensitive to the fact that we have a God who suffers with us. Jesus was homeless. He was a victim of violence. He experienced the long loneliness that caused him to ask, “My God, my God, why have you forsaken me?”

As Christians remember the murder of Jesus this season, we cannot miss the profound truth that at the heart of our faith is a God who understands the pain of the world … a God who is weeping over the world.

News
Eric Talley, ‘a faithful and heroic officer’ killed in Boulder shooting, honored in Catholic funeral Mass
Follow us on Facebook!
Submit your photos to RNS