(RNS) — An investigative firm says it found no “convincing evidence” that pastor and author Bryan Loritts covered up abuse allegations at Fellowship Church, the megachurch he co-founded in Memphis, Tennessee.

But the report from Guidepost Solutions raises significant questions about how Loritts — now a teaching pastor at the megachurch led by Southern Baptist Convention President J.D. Greear — and other leaders at Fellowship Church handled allegations of abuse against Loritts’ former brother-in-law Rick Trotter in 2010.

Chief among the outstanding issues is what happened to the smartphone that church leaders and victims say contained evidence of Trotter’s misconduct. The phone, which reportedly contained videos of women in bathrooms at Fellowship and at Trotter’s home, disappeared not long after it was discovered. The phone’s disappearance made it difficult for victims to press charges against Trotter.

“The current whereabouts of Trotter’s phone, which contained voyeuristic recordings made at Fellowship and elsewhere, is perhaps the most frustrating issue of all,” said the report from Guidepost Solutions, posted on the website of The Summit Church, a multisite megachurch based in Durham, North Carolina.

The report is the latest development in the controversy over Summit’s hiring of Loritts, who joined the staff in 2020. Greear has been an outspoken advocate for abuse survivors in recent years. Hiring Loritts, who had been accused by abuse victims of covering up Trotter’s actions, Loritts’ critics say, contradicted Greear’s focus on addressing abuse.

The report details how in February 2020, a female staff member found a cellphone in the women’s bathroom at Fellowship. The cellphone’s camera was on and recording. The staff member realized the phone belonged to Trotter and brought it to Loritts. He decided immediately to fire Trotter and to handle the matter internally at first.

“What I should have done immediately was call the cops,” Loritts told the Biblical Recorder, a Baptist newspaper, in 2020. “I didn’t do that.” 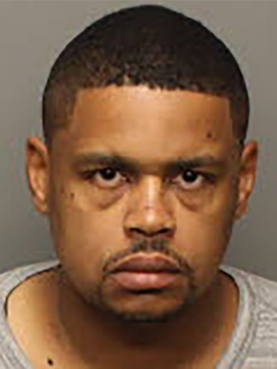 Instead, Loritts contacted other church leaders as well as women who had been recorded, according to the report. Victims told Guidepost Solutions that Loritts and other leaders were supportive in the beginning. Several decided against pressing charges. The church also provided support for Trotter’s family, and one pastor set up “reconciliation meetings” between Trotter and victims.

But after a few months, an individual identified as “Victim #1” by Guidepost Solutions came to Fellowship leaders, saying she was thinking about pressing charges. When she asked about the phone, she was told that it had disappeared and might have been destroyed.

“She told us that she weighed the pros and cons and decided not to pursue charges without having more to share with police, such as evidence,” the report stated.

Complicating matters is the fact that Trotter was later hired as a worship pastor by Downtown Church, also in Memphis, where he used a cellphone camera to record video up the skirts of women in the congregation. Trotter, who claimed to be a “sex addict,” confessed and was sentenced to 60 days in jail. He told police he had taken “upskirting” videos in the sanctuary and church office.

He also confessed to taking video at Chick-fil-A, on an airplane and at a grocery store, according to a police report of his confession. Trotter, who was a public address announcer for the Memphis Grizzlies NBA team, also said he was treated for his addiction at HopeQuest, a Christian treatment center near Atlanta.

Loritts told Guidepost Solutions that he regrets not doing more to prevent Trotter from returning to ministry.

RELATED: Jen Lyell wanted to stop her abuser by telling her story. Instead, her life fell apart

Summit has long defended the decision to hire Loritts, saying that church leaders had done extensive checks into his background. In January, however, the church decided to order the outside review of his actions and the church’s hiring process. At the time, Summit leaders said they had not had a process for abuse victims to report their concerns. 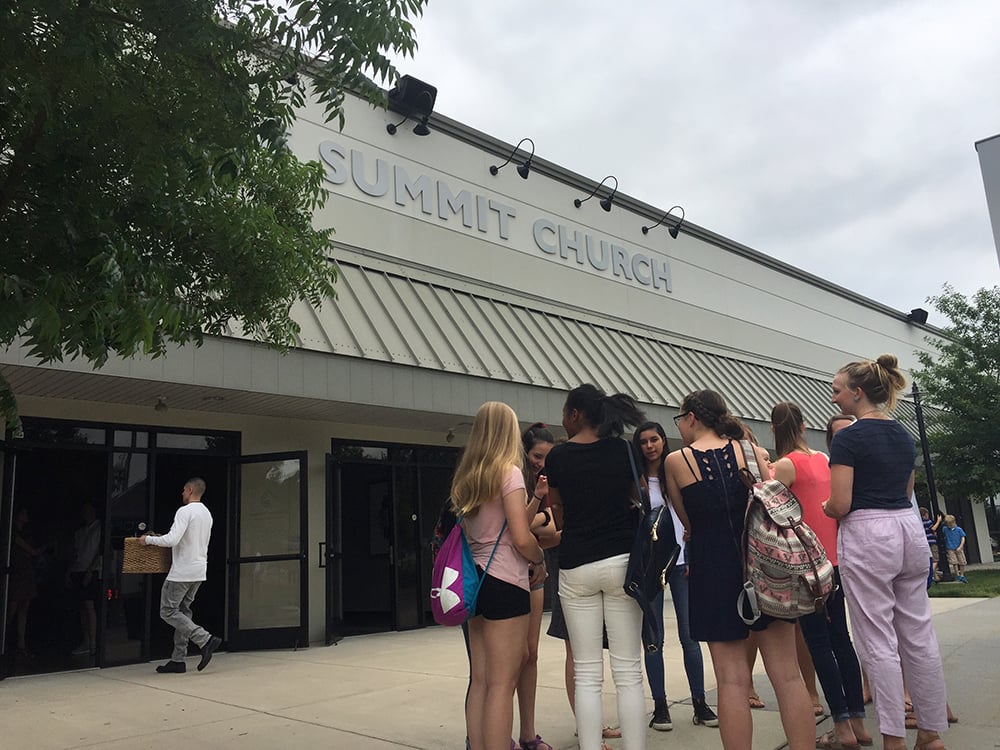 A group of women talks outside The Summit Church in Durham, North Carolina, after Sunday services on June 3, 2018. RNS photo by Yonat Shimron

The church’s elders said the report shows Loritts made mistakes but did not cover up abuse and that the church had done due diligence.

“We trust Bryan, believe he is qualified for ministry, and have confidence in him to lead at the highest levels,” the elder said in a statement.

Still, the elders admitted, the report left many questions unanswered.

The Guidepost report is seen as a step forward by abuse advocates. Southern Baptist congregations such as The Summit Church are fiercely autonomous and rarely allow outside groups any oversight of their internal decision-making. In the past, that autonomy has led SBC

leaders to reject calls for a database that would track abusive pastors. But the convention has begun to take more active steps to address abuse under Greear’s presidency, and last month the SBC Executive Committee voted to dismiss two churches that employed sex offenders on staff.

Rachael Denhollander, an abuse advocate and attorney who has worked closely with Greear and other Baptist leaders in addressing sexual abuse, said pastors need to protect members of their congregations from harm and to pursue the truth, especially when it comes to abuse.

Too often, she said, victims and survivors have to bear all the burden of bringing abuse to light.

“Pastors need to understand that they have an obligation to their flocks,” she said. “You are the protector, you are the shepherd, you are the gatekeeper. You need to be proactive in helping to get to the truth — and not leave it to victims to have to push and push and push for answers.”

RELATED: The cost of coming forward — one survivor’s story

Boz Tchividjian, an attorney and founder of GRACE, a nonprofit that helps religious groups recognize and respond to abuse, said the report from Guidepost reveals how ill-prepared churches are to deal with abuse. 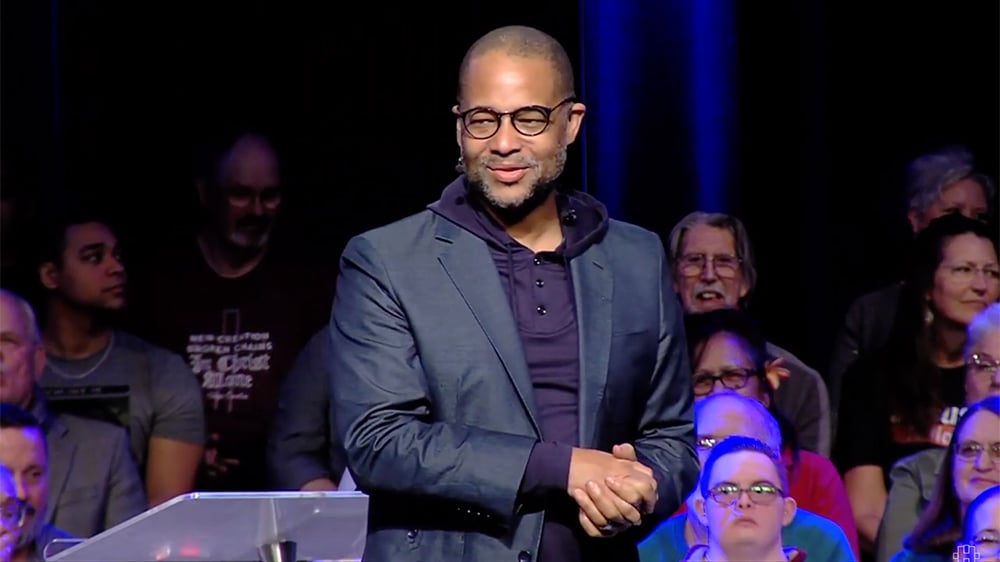 Loritts was a megachurch pastor, with a large staff, but was ill-prepared to respond to allegations of abuse. The same is likely true for staff at other churches, large and small, said Tchividjian.

“This should be a wake-up call for SBC pastors from megachurches to tiny country churches that they are largely ignorant on the topic of abuse,” he said. “They need to have a teachable spirit, to learn from experts and acknowledge that they don’t know how to handle abuse — and be willing to do something about it.”

Tchividjian also hopes that other churches will follow Summit’s example and bring in outside experts when dealing with cases of abuse — and in being transparent about what those experts find.

“Here’s an opportunity to say what we did here needs to be replicated at churches big and small,” he said.