(RNS) — The scandalous single “Montero (Call Me by Your Name)” by rapper Lil Nas X hit No. 2 in global charts Monday (April 5). Reactions to the song or, more to the point, its accompanying provocative music video, have been polarized, to say the least.

Filled with biblical imagery, the video captures the Black queer artist’s journey from the proverbial Garden of Eden, through a trial and execution, soaring up to heaven and then gleefully twirling down a stripper’s pole to a fire- and brimstone-filled hell.

On the one hand, the entertainer’s fanbase — or, “my demons,” an apt moniker he’s considering for them — cogently unpacked the video’s underlying message of reclaiming queer identity from indoctrination and scapegoating. On the other hand, dissenters and reactionaries argued for a week straight, accusing Lil Nas X of attacking the church, pushing a “gay agenda” and sexualizing kids.

With the public tuned in, the clapback king weighed in on social media. Let’s just say he did not mince words, especially when it came to the church. “ya’ll love saying we going to hell but get upset when i actually go there lmao,” he wrote in one Tweet. In another, he remarked on how the church negatively impacted his teenage self-image, saying he spent his entire teenage years hating himself because of what “ya’ll preached would happen to me because I was gay.”

i spent my entire teenage years hating myself because of the shit y’all preached would happen to me because i was gay. so i hope u are mad, stay mad, feel the same anger you teach us to have towards ourselves.

Lil Nas X left the public no room for guessing. He made it clear he had finally reached the radically liberating point of not caring. Centering his own inherent worth and dignity, he granted himself permission to exist out loud. He dusted off the shackles of shame and reclaimed his ability to embody divine freedom.

“Montero” is more than a song with a message, it is the anthem of a Black gay man roaring back from years of self-hate caused by anti-LGBTQ+ theologies. As a queer child of the Black church, it’s an anthem that resonates with me.

Hell is often the assumed destination of my soul as a queer Christian. According to misguided theologians, my romantic and sexual orientation is an “abomination” that warrants eternal damnation. Black preachers have asserted that torture gleefully awaits my soul — flattening my multi-dimensionality and discarding my worth beyond my failure to conform to heterosexism. Their ongoing and ominous threat of hell, weaponized for the sole purpose of forcing my conformity to heterosexuality, often left me wondering whether God loved me at all.

RELATED: Satanic panic is back, thanks to ‘Satan Shoes’ and Lil Nas X

On my journey, the question then became: Should I embrace the radical self-acceptance that made me feel closer to God, or cower in shame for the sake of salvation? I eventually realized I was damned either way. Even if I remained loyal to anti-LGBTQ+ churches, they would almost surely use my past against me — continuing to use hell as a fear-mongering tactic to keep me in line. 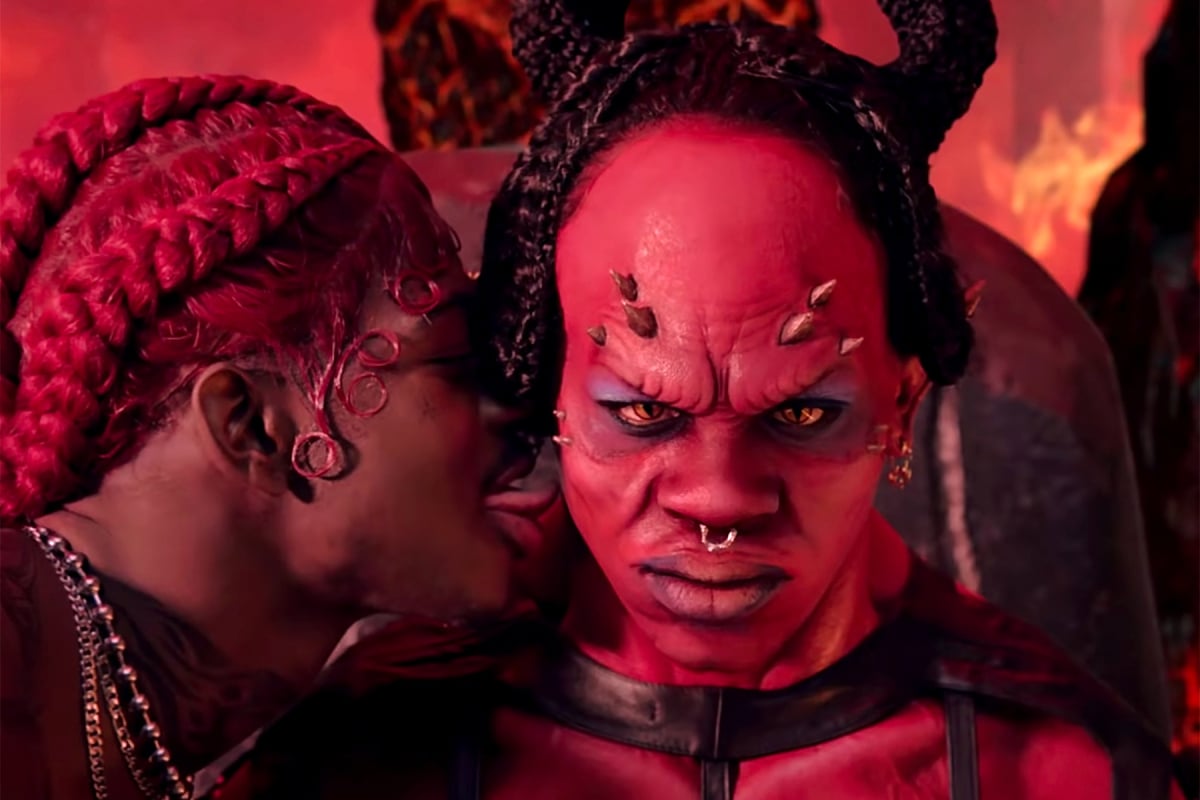 Herein lies the subversive nature of the “Montero” video: It defanged the threat of hell altogether. Instead of hell being a menacing force bearing down on queerness, it became the place in which queerness could roam about freely without the threat of banishment. Lil Nas X’s lap dance for Satan is a satirical allegory for reclaiming his identity from exclusionary religious rhetoric that drives anti-LGBTQ+ conspiracies.

This is precisely why Lil Nas X’s video is so unsettling for Black Christendom. He literally snapped Satan’s neck and told anti-LGBTQ+ Christians, “You’ve run out of scare tactics — next.”

It’s not that Lil Nas X had the nerve to go to hell; for many Christians, he was hell-bound anyway. It’s that he had the unmitigated gall to embrace the condemnation unflinchingly, to the point of taking pride in it. Armed with thigh-high leather boots, Lil Nas X became an embodied refutation of homophobic theologies, stripping the church of its power to control the lives of LGBTQ+ Christians.

The visceral response the video elicited from some Black preachers reveals just how entrenched anti-LGBTQ+ theologies are in the Black church. In the year of our Lord 2021, none of the eight historically Black Christian denominations endorses same-sex marriage or actively lobbies for the advancement of LGBTQ+ rights. While visibly fighting for criminal justice reform and voting rights, the Black church has remained largely silent on the advancement of LGBTQ+ rights and protections.

Black church clergy have mobilized to elect Pastor Raphael Warnock to the U.S. Senate, organized protests against police brutality, yet also recently petitioned President Biden for an exemption to be able to discriminate against LGBTQ+ people with impunity. There has been no organized effort to prevent the horrendous practice of conversion therapy, which terrorizes 77,000 LGBTQ+ kids annually. Neither has there been any concerted effort on the part of the Black church to curb unprecedented violence against Black trans women. Even in the face of anti-trans bills targeting children, the most vulnerable among us, the Black church is as quiet as a church mouse.

Collectively, it has had more to say about a rapper sliding down a CGI pole than the nationwide efforts launched to legalize religious discrimination against LGBTQ+ people. While many affirming and inclusive Black churches exist, the vast majority still view LGBTQ+ people as unworthy of God’s love and care. Far too many churches remain more invested in preserving their power than deconstructing sinful theologies that endorse the dehumanization of LGBTQ+ people.

The blood of Black queer and trans people is being spilled in streets across this country. Our very existence is up for tireless negotiation, and our rights are perpetually precarious. And in the midst of our suffering, the Black church is blissfully complicit. As a queer son of the Black church, I know we can do better. Our faith demands we do better.

(Don Abram is the program manager for Interfaith Youth Core and founder of Pride in the Pews. The views expressed in this commentary do not necessarily represent those of Religion News Service.)