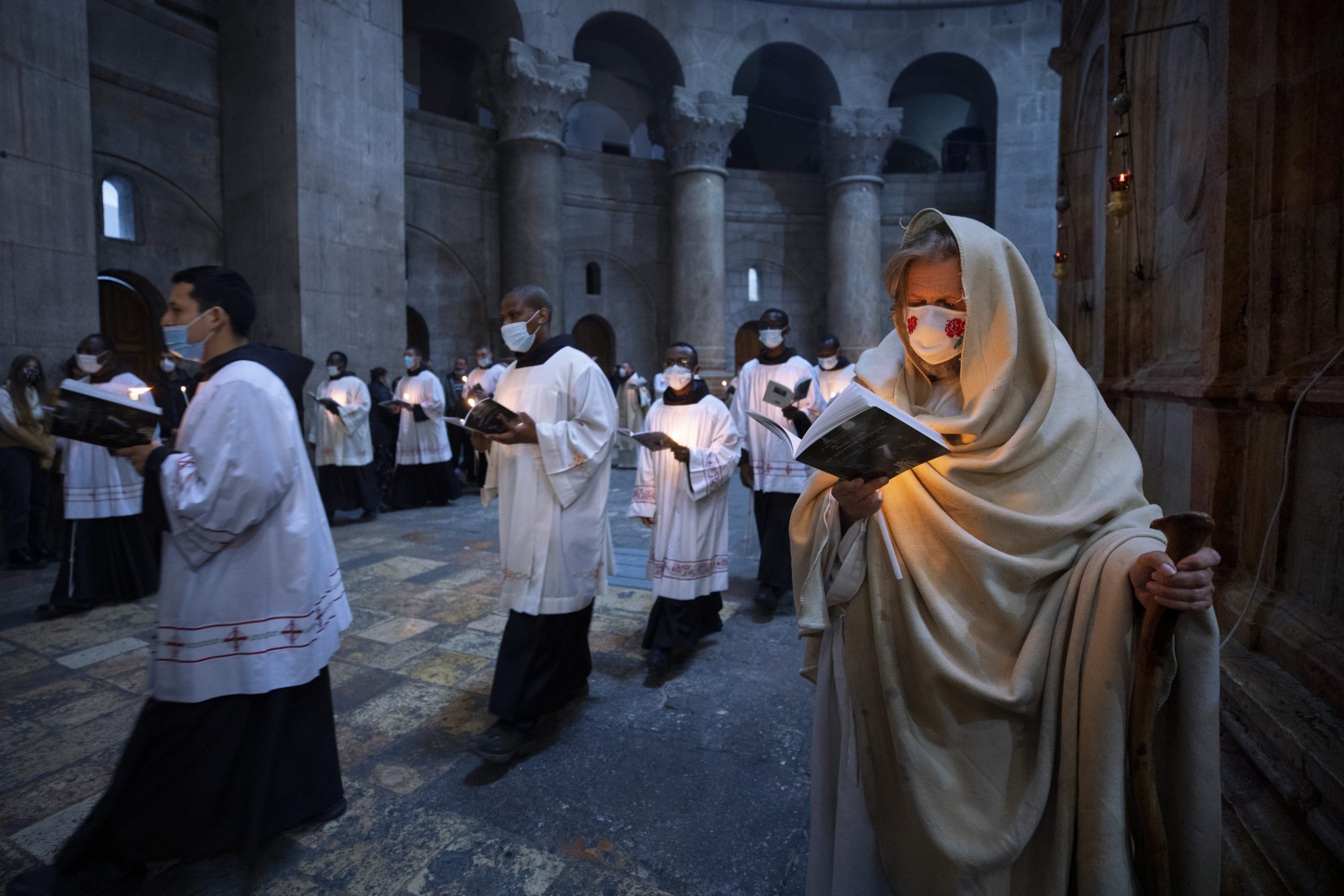 Priests circle the Edicule during Easter Sunday Mass led by the Latin Patriarch at the Church of the Holy Sepulchre, where many Christians believe Jesus was buried and rose from the dead, in the Old City of Jerusalem, Sunday, April 4, 2021. (AP Photo/Oded Balilty) 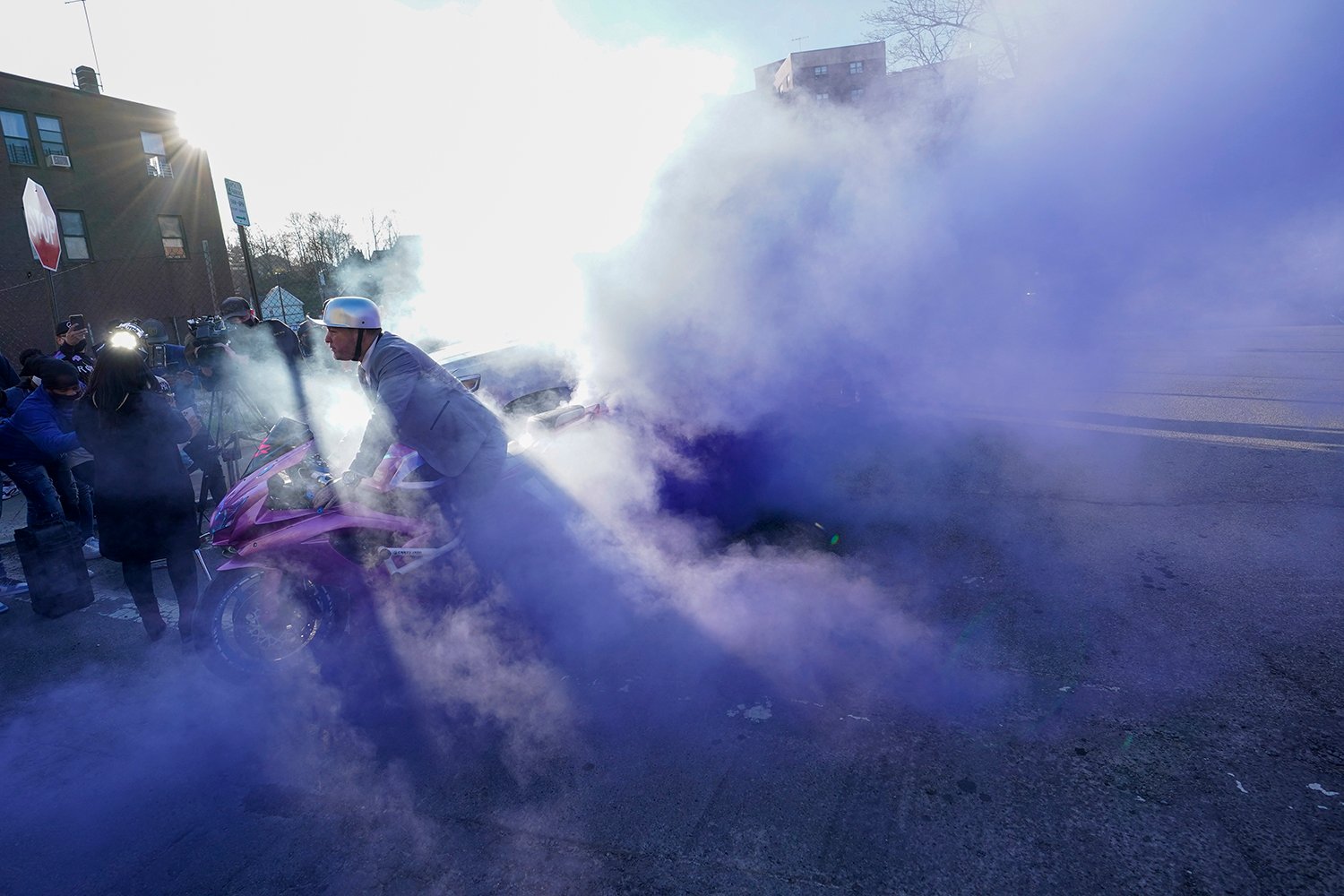 A motorcyclist revs up his engine after a prayer vigil outside of White Plains Hospital, Monday, April 5, 2021, in White Plains, N.Y. Supporters and family of the rapper DMX chanted his name and offered up prayers outside the hospital where the 50-year-old was admitted to the hospital following what would be a fatal heart attack. (AP Photo/Mary Altaffer) 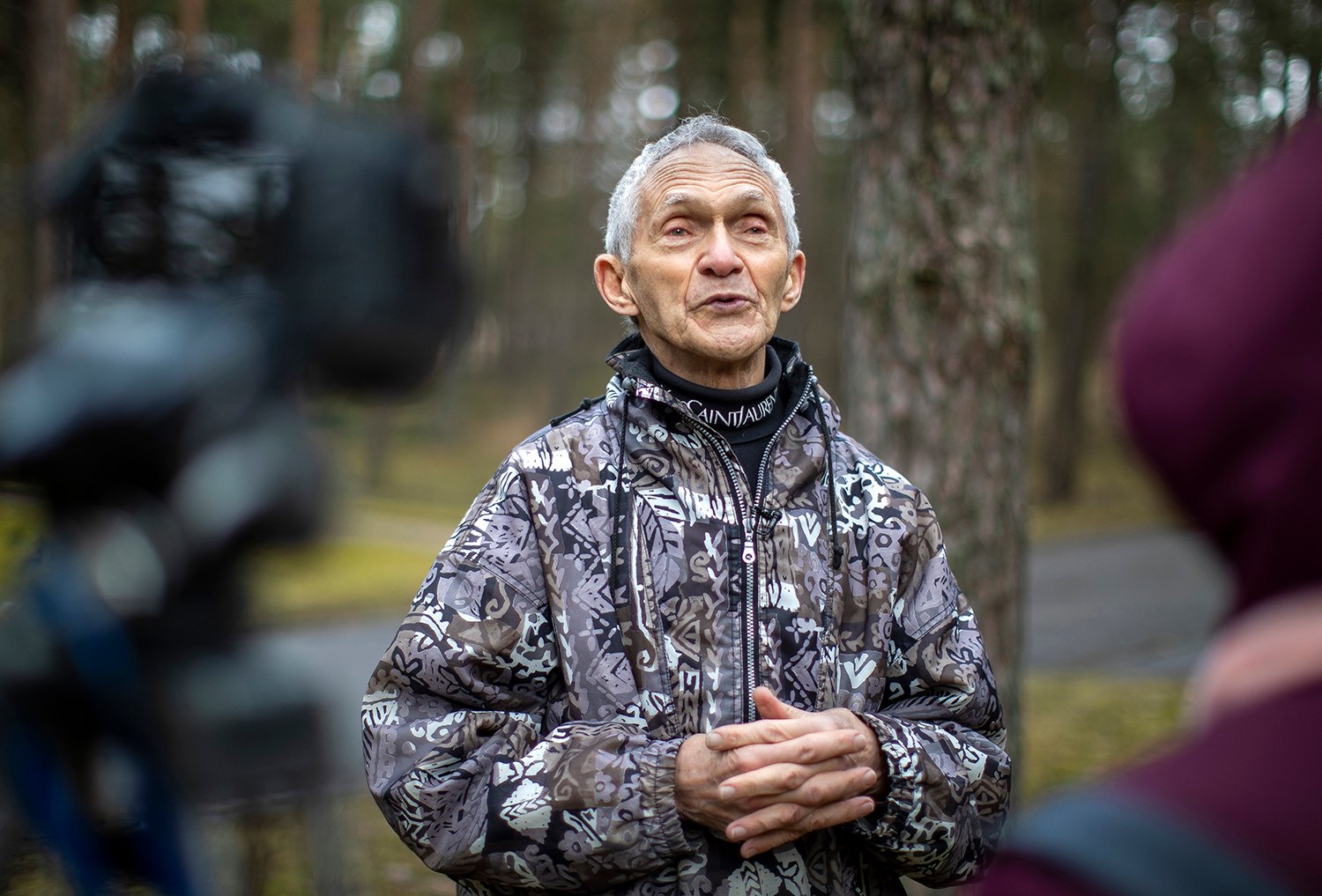 Holocaust survivor Davidas Leibzonas speaks to the media in the Paneriai memorial in memory of the Jews of Vilnius killed by the Nazis during World War II during the ceremony marking the annual Holocaust Remembrance Day in Vilnius, Lithuania, Thursday, April 8, 2021. The Holocaust resulted in the extermination of more than 90% of Lithuania’s 200,000-person Jewish community. (AP Photo/Mindaugas Kulbis) 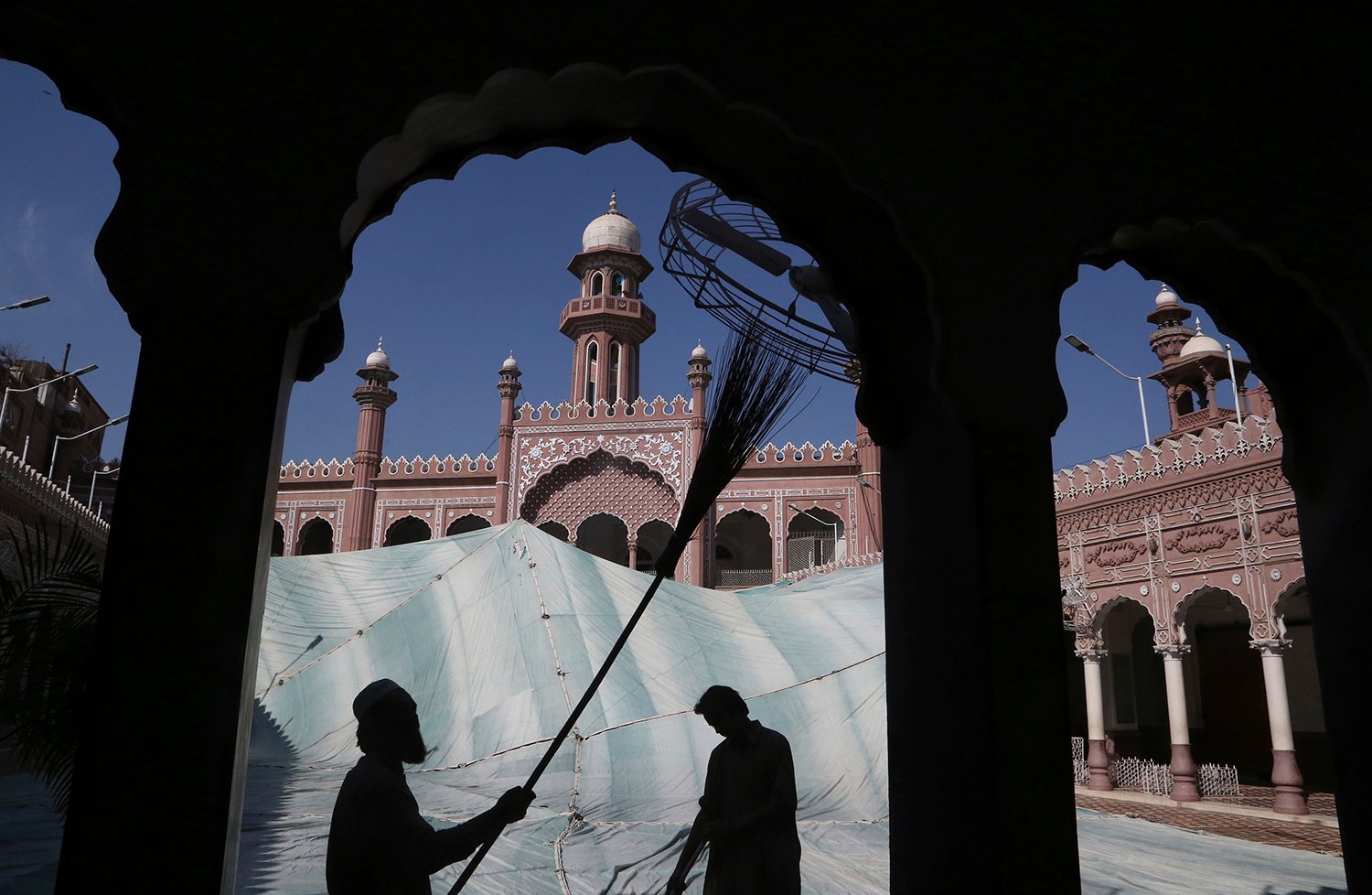 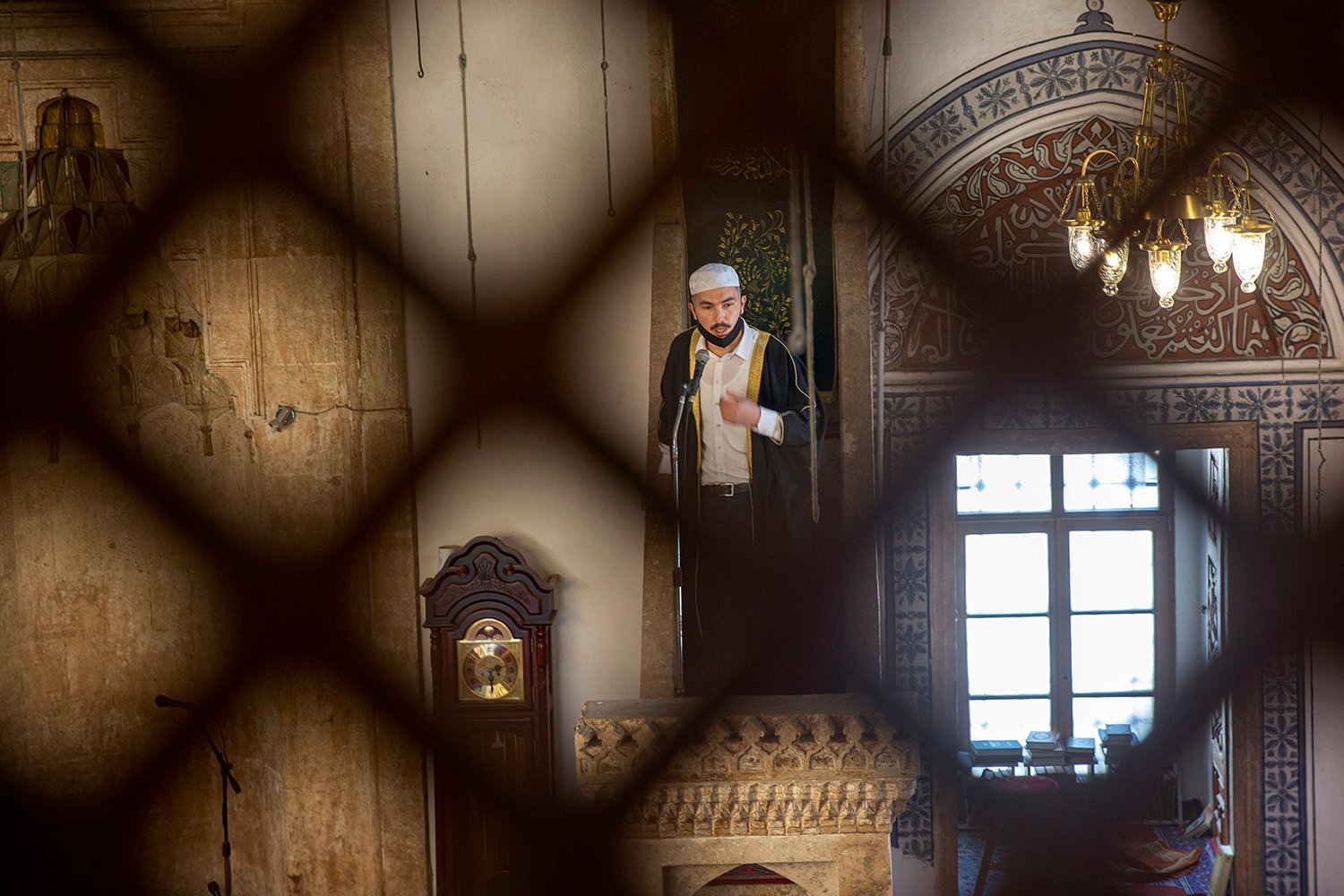 The Imam of the Grand Mosque Sami Fetahu, center, leads prayer as a limited number of Muslims attend Friday prayers in coordination with latest government COVID-19 measures, in Kosovo’s capital, Pristina, on Friday, April 9, 2021. The coronavirus pandemic is imposing a different way of fasting and respect of other religious rights for the Muslim faithful in Kosovo. (AP Photo/ Visar Kryeziu) Anti-coup protesters walk through a market with images of ousted Myanmar leader Aung San Suu Kyi at Kamayut township in Yangon, Myanmar Thursday, April 8, 2021. They walked through the markets and streets of Kamayut township with slogans to show their disaffection for military coup. (AP Photo)