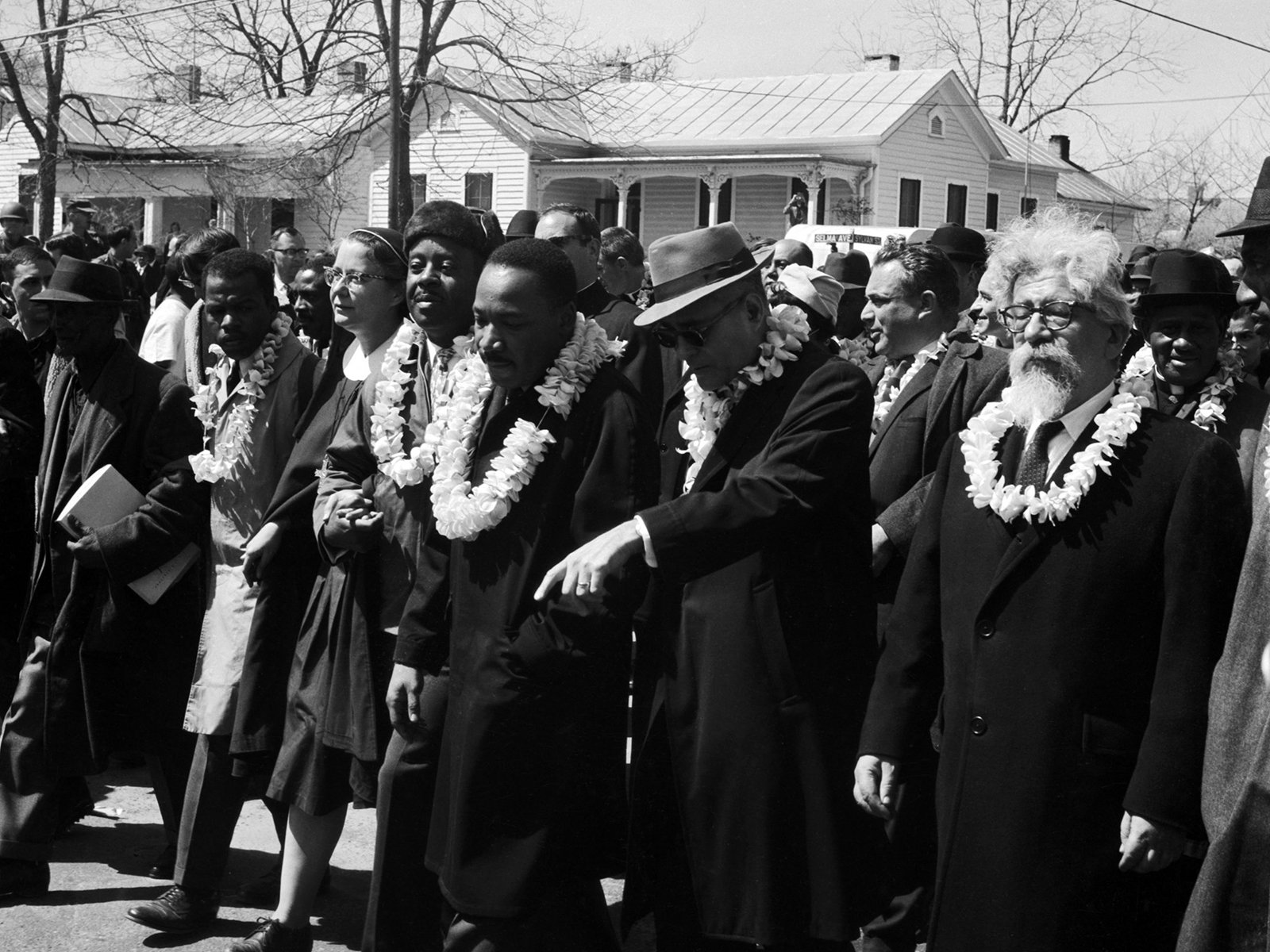 (RNS) — Abraham Joshua Heschel is arguably the most important American Jewish rabbi of the 20th century. But he is also one of the most complicated.

A Polish-born Jew from a long line of Hasidic rabbis, he immigrated to America in 1940 and quickly rose to become a leading public intellectual — a civil rights crusader, a champion of interfaith dialogue and an opponent of the Vietnam War.

But Heschel (1907-1972) was also hard to place in the religious world: A deeply devout Jew, he was far more radical than most Orthodox Jews and far more pious than many liberal Jews, with whom he sided on many of the important issues of the day.

Now, he is the subject of a documentary called “Spiritual Audacity” by filmmaker Martin Doblmeier, known for his public television specials on Reinhold Niebuhr, Howard Thurman and Dorothy Day. The documentary, Doblmeier’s fourth in the “Prophetic Voices” series he launched several years ago, begins airing on PBS stations on Tuesday (May 4) — as part of Jewish American Heritage Month.

RELATED: Dorothy Day defied definition. Now the potential saint is the subject of a new film. 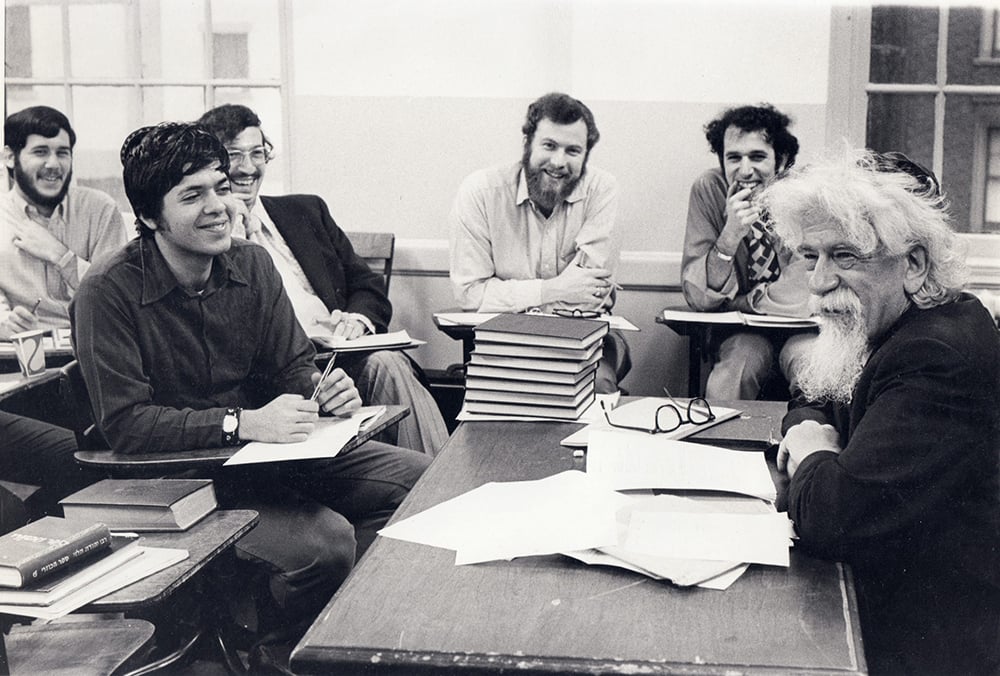 He wrote a number of widely read books, including “Man Is Not Alone,” “God in Search of Man,” and his most popular, “The Sabbath.”

But he is probably best known for marching alongside Martin Luther King Jr. in Selma, Alabama, and fighting alongside him for civil rights. He was a great admirer of Black spiritual traditions and once said, “If there is an American Christianity, a living faith and a knowledge of the art of praying, it is still preserved in the Black churches.”

He also played a key role in the negotiations that led the Catholic Church to adopt a seminal 1965 document, the “Declaration on the Relationship of the Church to Non-Christian Religions” (“Nostra Aetate”). The document removed antisemitic references from Catholic liturgy and put an end to Catholic efforts to convert Jews to Christianity.

RNS spoke to Doblmeier about his new documentary and why he chose Heschel to round out his series on 20th-century American prophets. The interview was edited for length and clarity.

Why did you select Heschel for the “Prophetic Voices” series?

It’s not so much that Heschel is timely as much as he’s timeless. His words and his thinking is as appropriate now as it was 50 years ago. It’s sad for the country. So many of the issues he was dealing with in the 1960s still haunt us today. 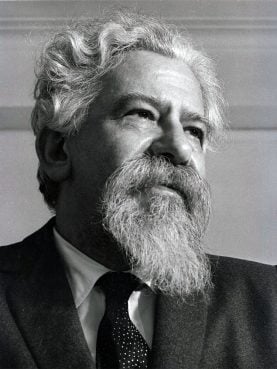 Heschel wrote his dissertation on the Hebrew prophets and then became a modern-day prophet himself. How difficult was that path for him?

He knew he would receive a lot of resistance. Oftentimes it came from his own community and also from American culture. How can you not admire that? We all want to think we’re going to be on the right side of history, how do you know how it’s going to turn out? It’s amazing when you look at his legacy that he winds up on the right side of history.

How much of his activism was motivated by his experience of the Holocaust?

He left Germany (en-route) for the United States in October 1938. So he’s gone by Kristallnacht (the Night of Broken Glass on November 1938). But he lost his mother and three sisters in the Holocaust. What’s remarkable about Heschel is that he had every right to be angry and vengeful about what had happened to him, personally being forced to leave his homeland, Poland. Yet when you read his writings it’s always filled with hope, awe and wonder at how God is still active and alive. A number of Jews wondered if God had abandoned them during the Holocaust. He’s convinced this is a chance for humanity to step up. (He said) ‘Don’t blame God for this.’

It takes something solid deep down inside a man to be able to say that despite the incredible personal losses he experienced. I honestly have to say that what God is calling me to do is a little clearer and easier to understand thanks to Heschel. So I feel personally indebted to it.

For Jews, Heschel is probably best-known for his slim book “The Sabbath.”

I haven’t checked today, but yesterday “The Sabbath” was the No. 1 book on Amazon for Jewish theology and Jewish life. That’s 70 years later. That’s remarkable. I’m doing a national webinar for the Seventh-day Adventists, a Christian denomination that also celebrates the Sabbath on Saturday. And they say in seminary training that they read Heschel’s book as a kind of primer. The gift Heschel gave them is the freedom to think of Sabbath not as an obligation but as an experience, a gift from God. We’re into wellness now. And there’s a notion of stopping as a day of rest for wellness reasons. But Heschel would never talk about that. For him it’s God’s gift to us — never this is our gift to ourselves. Many Jews point to Heschel’s relationship with Martin Luther King Jr. as the pinnacle of white Jewish and Black relations that later become very fraught. Did you hear a lot of lament about that?

I made a conscious decision with all four of these films to stay in the historical moment and not to weave back and forth between yesterday and today. But I’m doing an event sponsored by the Black-Jewish Caucus on Capitol Hill. The film is a reason to be able to do that. So there are attempts to try to reignite some of those bonds (between) Heschel and King.

Heschel grew up in a Hasidic dynasty. How did he come to consider himself among the Jewish movements?

He was once asked by a reporter, “Do you consider yourself Reform, Conservative or Orthodox?” His answer was, “I am not a Jew in search of an adjective.” That summed up everything for him. He was beloved by the Reform movement and worked in the Conservative movement. (His daughter) Susannah would say he never lost his connection, love and intimacy with his Hasidic family. There’s no question he remains one of the real major figures of the 20 century, and it cuts across Orthodox, Conservative and Reform. They’re all drawing on him.

READ: A day of national tragedy in Israel

News
New technology allows Holocaust survivors to tell their stories for all time
Follow us on Facebook!
Submit your photos to RNS