(RNS) — It’s hard to imagine where Dorothy Day would fit in today’s American political landscape. The former journalist who founded the Catholic Worker movement was a committed Catholic who gave her life to the cause of the poor, yet also disdained government assistance.

She was both a radical pacifist, who refused to pay taxes to support the U.S. military buildup, and a traditionalist, who attended Mass daily and submitted herself to the all-male Catholic hierarchy.

Her ability to confound expectations is one reason documentary filmmaker Martin Doblmeier, known for his public television specials on Dietrich Bonhoeffer, Reinhold Niebuhr and Howard Thurman, decided Day would be a great subject for his new film.

The documentary, “Revolution of the Heart: The Dorothy Day Story,” begins airing Friday (March 6) on PBS stations. The 57-minute special includes rare archival photographs and film footage of Day, who died in 1980, as well as interviews with two of her granddaughters, writer Kate Hennessy and activist Martha Hennessy. Day may be best known for co-creating in 1933 (alongside Peter Maurin) a house of hospitality in the Bowery section of New York City that fed anyone on a “no questions asked” basis. “Maryhouse” (for women) and St. Joseph House (for men) still dole out soup and bread every day, and provide temporary shelter for some, though the Bowery, once lined with homeless drunkards known as Bowery Bums, has since gentrified.

The documentary, which features interviews with actor Martin Sheen, public theologian Cornel West and Benedictine Sister Joan Chittister, was completed months ago, but PBS decided it would fit best as part of Women’s History Month. Religion News Service talked to Doblmeier about Day and why he took up her story. The interview was edited for length and clarity.

Day is a sleeping giant for an audience. There are people who remain very interested in who she was, what she stood for, her legacy. She’s one of the most inspiring and important religion figures of the 20th century. From my point of view, she was a natural.

Where does the title, “Revolution of the Heart,” come from?

It’s from “Loaves and Fishes,” one of (Day’s) earlier books, in which she writes,“The greatest challenge of the day is: how to bring about a revolution of the heart, a revolution which has to start with each one of us.”

Are you yourself Catholic?

Yes, I was born and raised Roman Catholic. I was a writer, a cub reporter in the 1970s, writing for the Catholic newspaper of Rhode Island called “The Providence Visitor.” Stories of Dorothy Day came across the wire. I certainly knew about her then. But it took me this long to finally get around to do a biographical film about her. 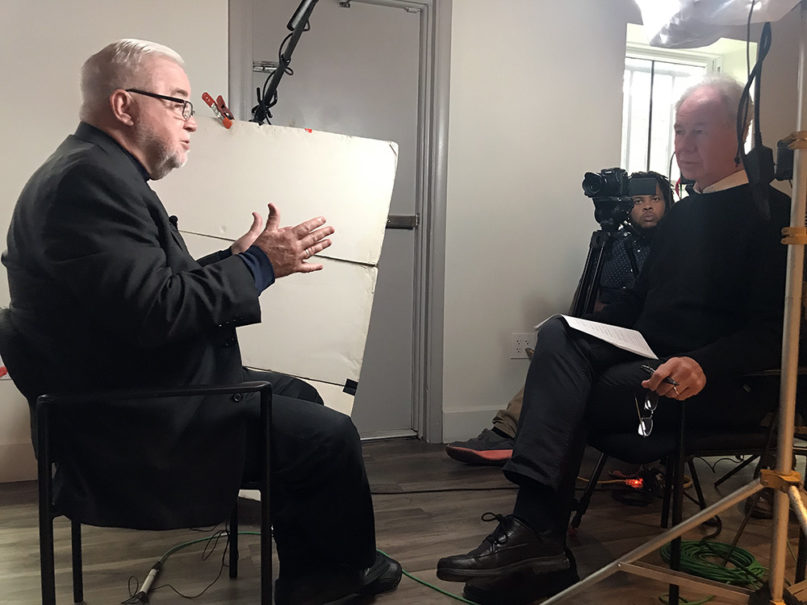 You start off with a video of Pope Francis’ 2015 appearance before Congress, in which he mentioned Dorothy Day as one of four great Americans (alongside Abraham Lincoln, Martin Luther King Jr. and American Trappist monk Thomas Merton.) Why did you start there?

The pope speaking to the joint session of Congress is validation for everyone, Catholic or not, religious or nonreligious, that Dorothy Day is someone you should think about. She should be on your radar. He certainly did that. Sen. Tim Kaine told us later that a lot of his colleagues came up to him and had no idea who Dorothy Day was and why the pope was talking about her. That set the stage to say this is an important character in the religious history of America. She’s on the cusp of maybe being forgotten. And we need to go back and revisit that. The pope’s validation of her and imprimatur was an opportunity to say, “This is someone who needs to be taken seriously.”

A lot of people assume Dorothy Day was a typical lefty. But she was deeply conservative. Explain how she straddled both worldviews.

I think she was a traditional Catholic. Today the word conservative comes with a lot of baggage. I’d rather say she was a traditional, pious Catholic. She went to Mass every day. She received the Eucharist every day. She prayed the rosary every day. She studied and prayed to the saints. That’s traditional Catholic behavior. That’s what gave her the foundation she needed to say, “We’re called by God — Jesus’ mandate — to change the world for the better. If I need to be a social, political, economic radical to do that, I will.” But all that was grounded in her faith. 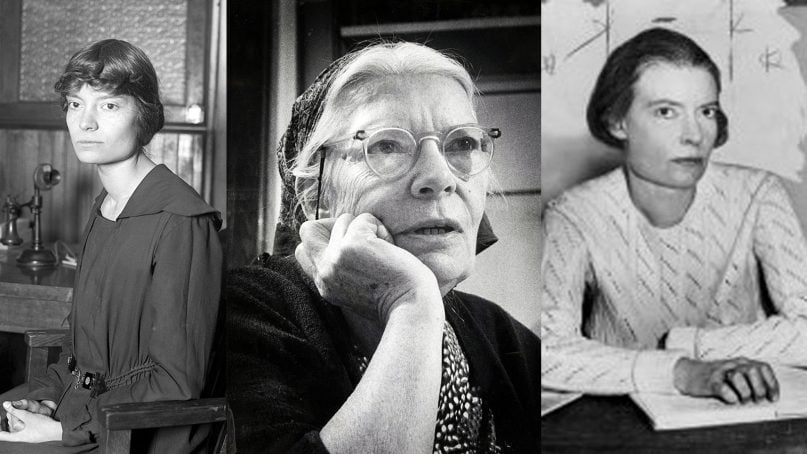 Her belief in personalism would put her at odds with those who believe the government should provide a social safety net for the poor. Dorothy Day was opposed to that, wasn’t she?

Absolutely. The truth was that she did not fit neatly into any of our boxes. She really did not want the government held responsible for taking care of people. She felt we need to do it ourselves. That was her mantra. The whole notion of personalism is a great gift she gave to everyone. People, especially young people, can feel overwhelmed by the enormity of all the social, political problems out there. It exhausts you to think of changing these big systems. I think Dorothy Day was saying, we have an obligation, one person to one person, to make a change. Let’s do that. Where does she fit in today? I think she shakes the models of the political spectrum by saying, “It’s not a question of big government or little government, it’s a question of individuals stepping up and assuming the responsibility that God is asking from us.”

What was her reason for not voting?

I asked everyone I could find. She literally risks her life during the suffragette movement, is beaten to a pulp while in prison, campaigning and demonstrating on behalf of women’s right to vote. And in the end she never does. She simply did not vote. The only reckoning we can assume is that you can’t speak truth to power and call yourself an anarchist and then go out and participate in that very system.

But it was very clear she neither voted nor paid federal taxes. She was defiant in not paying her taxes because there was just no way she was going to even consider the possibility that any of her money would go to the American military system. That’s so Dorothy Day-like. Many Catholic Worker houses are not incorporated as 501(c)(3) nonprofits. People giving to the houses don’t get a tax deduction. She didn’t want that. She didn’t want people to say, “I’ll give this money to you because I’m getting a tax deduction.” She wanted you to give the money because you cared about the people.

How serious is the process of her canonization? Will it succeed? 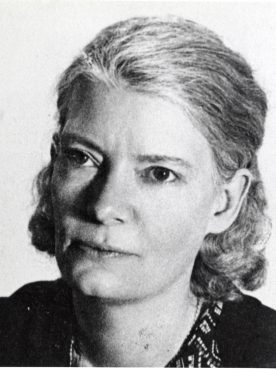 Dorothy Day founded the Catholic Worker Movement in 1933 and became what many consider to be an American saint. She is seen here in the late 1930s. Photo courtesy of Marquette University Archives

To be honest, I think it’s inevitable. It may not happen in my lifetime, but the movement is very serious. The houses she created, her great legacy, the Catholic Worker movement, is testimony to what she created out of a simple response to the poor. There were 30 such homes when she passed away; there are nearly 200 now. She was one of the great champions of the poor in the 20th century. So yes, she’s moved quickly by Catholic standards. She’s already considered a servant of God. It took 20 years to get that classification. The second stage, where she would become venerable, is not that far off the horizon.

On a pragmatic note, people are gathering everything she wrote and doing interviews with people who knew her. That will be sent off to Rome soon. Rome will consider it. I certainly think we could use one more American saint, and especially a kind of saint like Dorothy Day who was so practical in what she did. She’s a journalist. She’s speaking truth to power through the newspaper. She’s out campaigning, protesting, getting arrested, drawing attention. And at the same time, she’s doing exactly what she believed Jesus is calling her to do through the Beatitudes — take care of those in your midst, feed the poor, clothe those in need. She was doing that every possible way she could. I think in some ways she will change the trajectory of what a saint could be.

How does she fit with Women’s History Month?

We’re thrilled we have this kind of woman as part of the American story for this March. There’s been a lot of interest in the film. It’s been wonderful to hear people say we need the voice of Dorothy Day now. What that simply means is that she spoke to immigration, to the dire need of the impoverished, she was the great champion of the poor. There’s a concern that we don’t see real champions in that same way we saw in the 20th century today. That’s the pity.