(RNS) — Pittsburgh’s Tree of Life congregation has chosen internationally renowned architect Daniel Libeskind to design a new building for the site where 11 Jews were gunned down in the deadliest antisemitic attack in American history.

Libeskind, the architect behind such high-profile projects as the master plan for New York’s ground zero and Berlin’s Jewish Museum, was the unanimous choice of the steering committee as well as Tree of Life’s board of trustees, and for reasons beyond his architectural qualifications: Libeskind, 74, was born to Holocaust survivors living in a homeless shelter in Łódź, Poland, after the war.

Since the massacre, the congregation, which until the pandemic had been meeting at a large Reform synagogue, has not reentered the building it had occupied at the corner of Wilkins and Shady avenues since the early 1950s. Several other congregations that met in the synagogue have also found other homes.

“We are beyond thrilled that somebody of his reputation and caliber sought us out and applied to do this,” said Barb Feige, Tree of Life’s executive director, of Libeskind. “His connection is personal as are most of ours.” 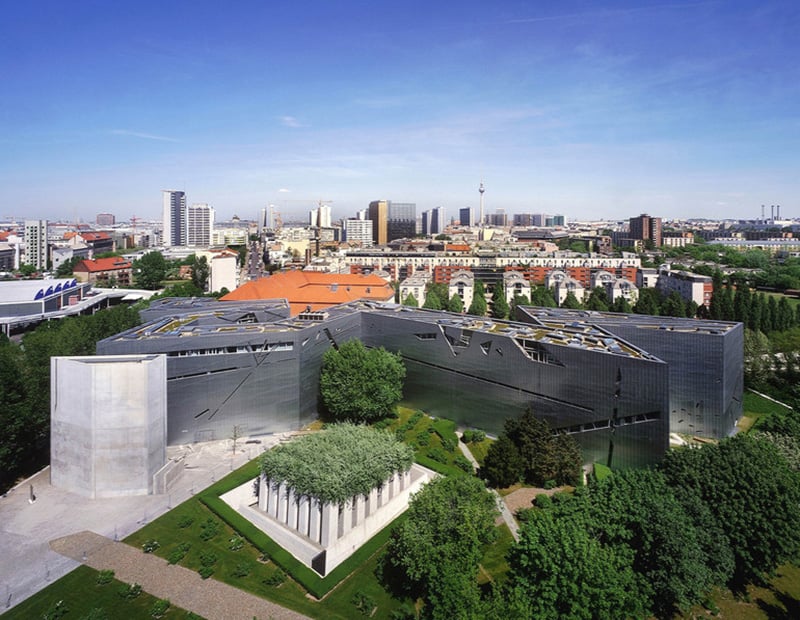 Feige said Libeskind’s response to the congregation’s “Request for Qualifications” for redesigning the building was especially passionate.

In a prepared statement after his selection was announced, the architect said: “When my parents, survivors of the Holocaust, and I came as immigrants to America, we felt an air of freedom as Jews in this country. That is why this project is not simply about ‘Never Again.’ It is a project that must address the persistence of antisemitism and the intolerance of our time and affirm the democratic values of our country.”

Tree of Life expects to retain the 1952 concrete building with modern stained-glass windows where the main sanctuary is located. The rest of the building will likely be torn down and a new space built to house the Holocaust Center of Pittsburgh, now located in the city’s Greenfield neighborhood. A small space dedicated to the study of hatred is also planned, as well as a place of remembrance for the 11 Jews killed on Oct. 27, 2018, when a white nationalist spewing anti-Jewish, anti-immigrant sentiments entered the building and began firing. 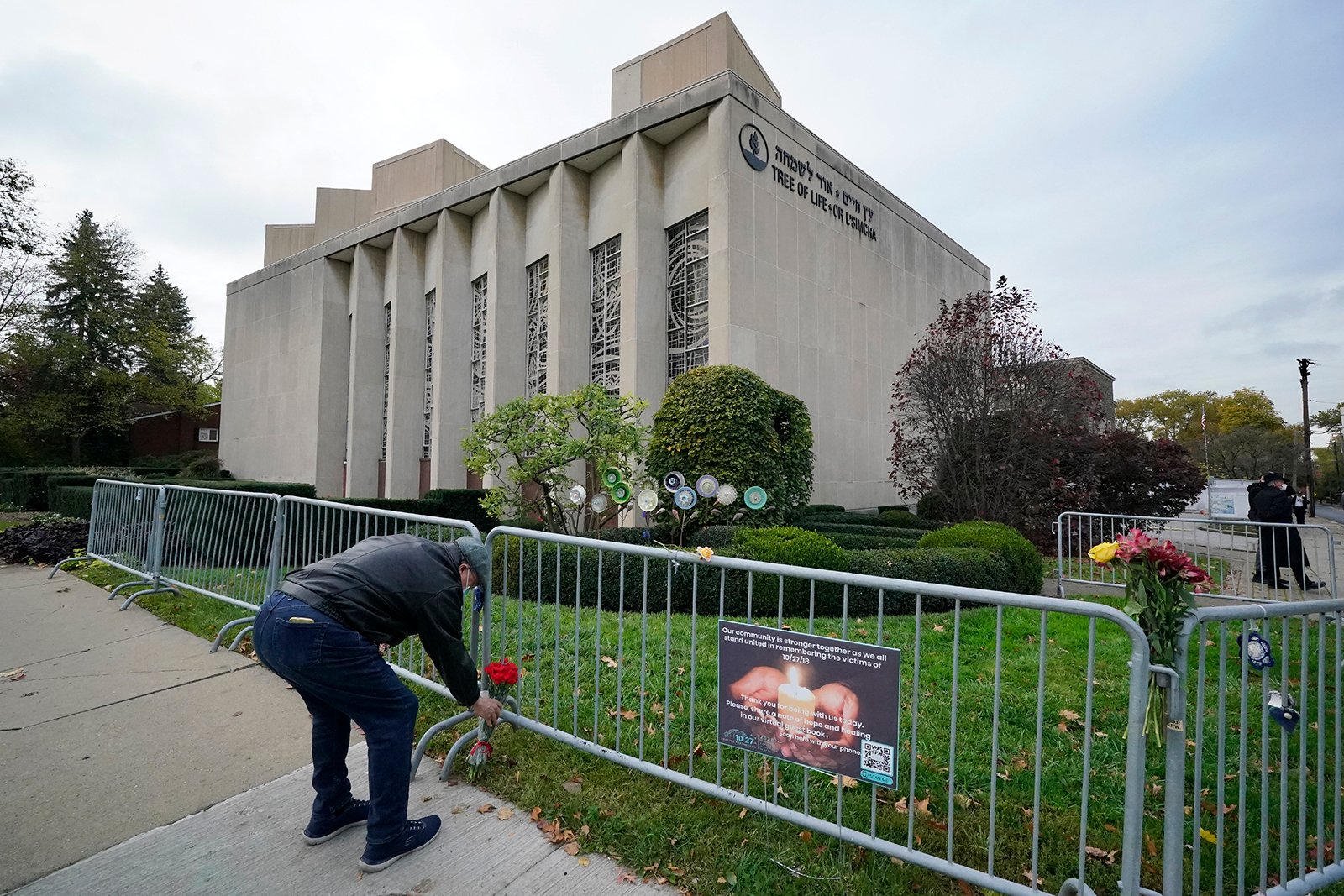 A man places flowers outside the Tree of Life Synagogue in Pittsburgh on Oct. 27, 2020, the second anniversary of the shooting at the synagogue that killed 11 worshippers. (AP Photo/Gene J. Puskar)

“We’re thinking of a real integration and that’s why we’re using the language of a campus,” said Lauren Bairnsfather, director of the Holocaust Center. “It’s an opportunity and an obligation to do something beautiful there to transform this place of trauma into a space of remembrance and education.”

Libeskind is known for his unconventional and angular structures, perhaps best exemplified by the Denver Art Museum. In 2003 he won the competition to design the World Trade Center site after the Sept. 11 attacks.

Last year, Tree of Life named a raft of celebrities to a fundraising campaign to rebuild the synagogue, including actor Tom Hanks, Billy Porter, Pennsylvania Gov. Tom Wolf, Pittsburgh Mayor William Peduto and the late Joanne Rogers, the widow of “Mister” (Fred) Rogers, a longtime Pittsburgh resident who died in 2003.

Martini Judaism
Poland and the Jews. It’s complicated.
Follow us on Facebook!
Submit your photos to RNS