(RNS) — NBA star Kyrie Irving’s recent conversion to Islam has brought new attention to the relationship between Muslim athletes and Ramadan, the holiest month on the Islamic calendar, when Muslims abstain from food and drink during the day.

“All praise is due to God, Allah, for this … for me, in terms of my faith and what I believe in, being part of the Muslim community, being committed to Islam,” the Brooklyn Nets guard said at an NBA news conference late last month. Irving said he is also “committed to all races and cultures, religions” and that having an understanding and respect for them is what he wants “as a foundation.”

The statement was the first time the Australian-born Irving had mentioned his conversion to Islam. Irving, 29, won world championships with the U.S. National Basketball Team at the 2016 Olympic Games in Rio de Janeiro and the 2014 FIBA Championship in Spain. The seven-time NBA All-Star said Ramadan offers a  different kind of challenge.

“I am taking part in Ramadan with a lot of my Muslim brothers and sisters,” he said in the same news conference. “It’s been an adjustment … being committed to my service to God, Allah, and then continuing on with whatever I’m guided with.

“I’m just happy to be part of my community and doing the right things. So fasting is definitely part of it,” he added.

Irving has largely played with rare form during the month, earning him the nickname “Ramadan Kyrie” from fans on social media.

He isn’t the only Muslim NBA player observing fast this Ramadan. Others include Enes Kanter and Jusuf Nurkic of the Portland Trail Blazers, Tacko Fall and Jaylen Brown of the Boston Celtics, and Hamidou Diallo of the Detroit Pistons.

Ramadan is tied to the Islamic lunar calendar and is likely to fall during every NBA season between now and 2036.

RELATED: Why NBA star Kyrie Irving was burning sage before a game with the Celtics 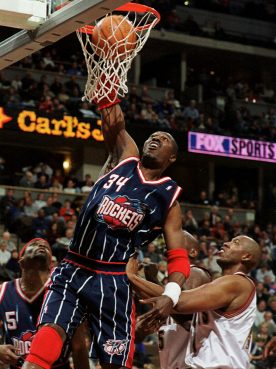 Historically, other Muslims in the NBA have fasted during Ramadan, such as former Los Angeles Laker star Kareem Abdul-Jabbar and former Houston Rockets player Hakeem Olajuwon. Olajuwon, a native of Nigeria, went on to become the first foreign-born player to win the league’s MVP award and famously led his team to an NBA finals victory while fasting during Ramadan. Other NBA players have converted to Islam after leaving the game, notably former NBA player Stephen Jackson, who converted earlier this year.

Muslims are exempted from fasting under certain situations. Among those exempted are children, people with health conditions, the elderly, pregnant or nursing women, and those dealing with hardships of travel. Indeed, the reality of life as a modern athlete has allowed some to argue that it is a situation akin to traveling in which fasting is not required and can be resumed at a later date.

“Performance of repeated anaerobic exercise is impaired, but aerobic power and muscular strength show little change during Ramadan,” wrote Roy Shephard, a Canadian doctor, in a 2013 academic study of the impact of Ramadan on athletes. “Ratings of fatigue are increased, and vigilance and reaction times are impaired, particularly during the afternoon. Medical issues during Ramadan are few.”

For those in combat sports, where schedules are more fluid, athletes can cope with Ramadan in different ways.

“I took the route of mostly training at night,” said undefeated boxer Hasim Rahman Jr., who is currently training for his 11th professional fight, scheduled for later this month in Mexico. “After I open my fast, I digest for an hour before training into the night. Today I trained during the day, and that is something I do on occasion. To me, this proves even more that boxing is a mental test as much as anything else,” Rahman told Religion News Service.

Rahman is the son of former heavyweight champion and Baltimore standout Hasim Rahman. The younger Rahman said boxers don’t usually eat while training but drink water regularly during sparring, often taking sips from a water bottle between rounds. He said that although water is beneficial and recommended, a focused athlete can still train without it.

Another Muslim boxer, Julian Williams, won multiple super welterweight world titles for a fight that took place during Ramadan in 2019. Williams wished viewers of the broadcast “Ramadan Mubarak” during his post-fight interview — perhaps a first for American sports television.

Religious authorities in Muslim-majority countries usually cite the hardships of travel when ruling that athletes participating in the Olympics, international soccer or other sporting events can abstain from fasting during Ramadan. One notable exception is Iran, where in 2010 soccer star Ali Karimi was fired by his team for failure to observe the Ramadan fast.

Ramadan is also an issue for amateur Muslim athletes, who are perhaps not traveling to a different city, much less a different country for their events. 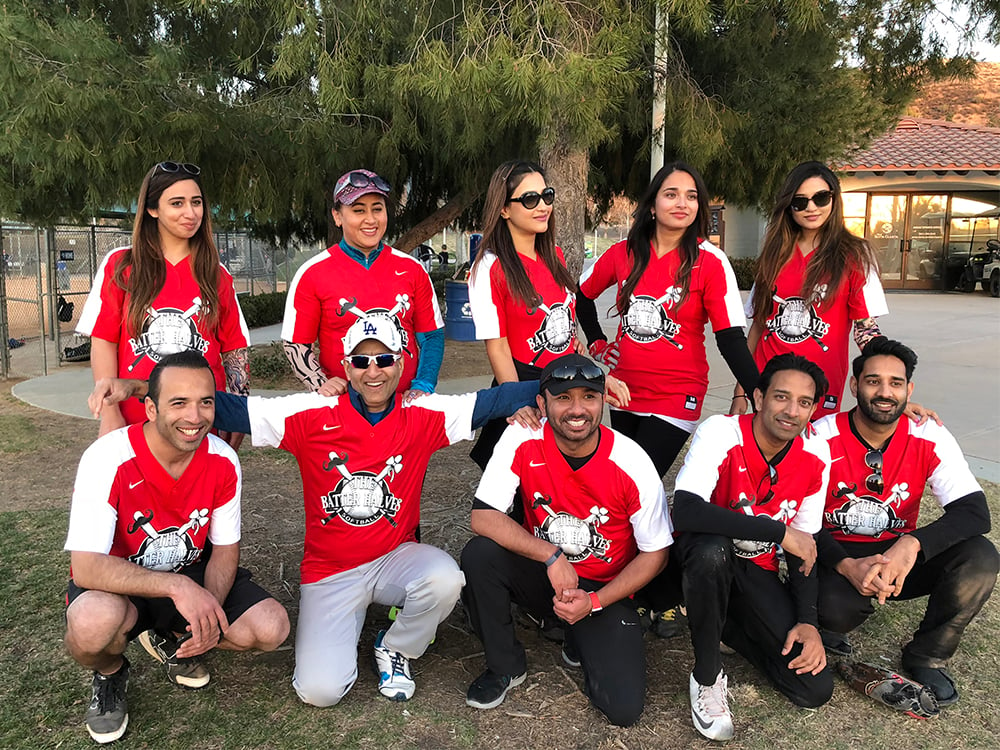 The Better Halves softball team, made up of five Muslim couples in Santa Clarita Valley, California, has continued playing in its softball league despite Ramadan, seeing it as an opportunity to build interfaith understanding. Photo by Aamir Kazi

In California’s Santa Clarita Valley, a group of five Muslim couples who form the amateur softball team the Better Halves have continued to play in their coed league during Ramadan. The team is very much a family affair and has included players as young as 18 and as old as 70. League officials have tried to schedule games close to sunset to accommodate the needs of the team.

“The lack of energy is balanced out by the pure concentration you have. You go in knowing you will try to save energy, and in the end, we usually play better and still have energy left,” said team captain Arif Harisolia, “During Ramadan, you are a lot more focused on all aspects of life.”