(RNS) — Stephen Jackson, the NBA star who led the Golden State Warriors’ 2007 “We Believe” playoff run, has not stopped moving since he retired from basketball in 2015. Appearing frequently on ESPN as a commentator on his former league, he has also launched “All the Smoke,” one of the best-received podcasts on the NBA.

He has also increasingly been at the forefront of the movement for racial justice, becoming especially active since the killing of his friend George Floyd, whom Jackson called his “twin.” That activism, as well as the influence of friends, has intensified his yearslong attraction to the religion of Islam. Last week he shared with the world his conversion to Islam.

While the NBA has seen its fair share of Muslim superstars — Kareem Abdul-Jabbar to Hakeem Olajuwon, Mahmoud Abdul-Rauf, Shareef Abdur-Rahim, to name a few — Jackson’s conversion is particularly noteworthy as it gives American Muslims another important voice for social change. I asked him a few questions about that faith journey. This interview has been edited.

How long have you been studying and considering Islam?

I’ve been studying Islam seriously for seven months but have been exposed to it for years. My first-time wholehearted conversation about converting was in 2013.

It started with a friend of mine, Hanif, also known as Neef Buck, from the Young Gunz rap duo. I’d see him pray and kept asking him questions about how he prays, and what he says when he does. But I hadn’t acted on it until recently, when a close friend, who went by the name Jibreel, was murdered, someone I used to not only talk to about Islam, but also pray with. At the funeral, his mother had that same tranquility and certainty to her that I remembered from him. She was comforted knowing he was on his way to paradise, inshallah (God willing). That was the day I really decided.

What effect did George Floyd’s death have on your decision?

When my brother George Floyd was murdered, it just made my mortality so much more real. So I decided to reteach myself what my purpose was, what the truth was. I wasn’t going to put faith to the side again because death could come at any moment. Here I was at 42, the face of a movement caused by the murder of my twin. And I took that in and said Allah wants me to grow, and I want to grow closer to him. I wanted to become a better leader, a better human, a better family man, better friend, and now I wanted to grow as a believer.

I always had it in my heart, but I needed to listen to my heart. Allah had touched my soul deeply with so much happening at once to where I couldn’t ignore it anymore. So I woke up and said I’m gonna finally make the call and start this journey. So I called my brother Tone Trump and said I’m ready. It fit into my new life, which has become about everything bigger than me. I feel like a new person, but stronger in every way. 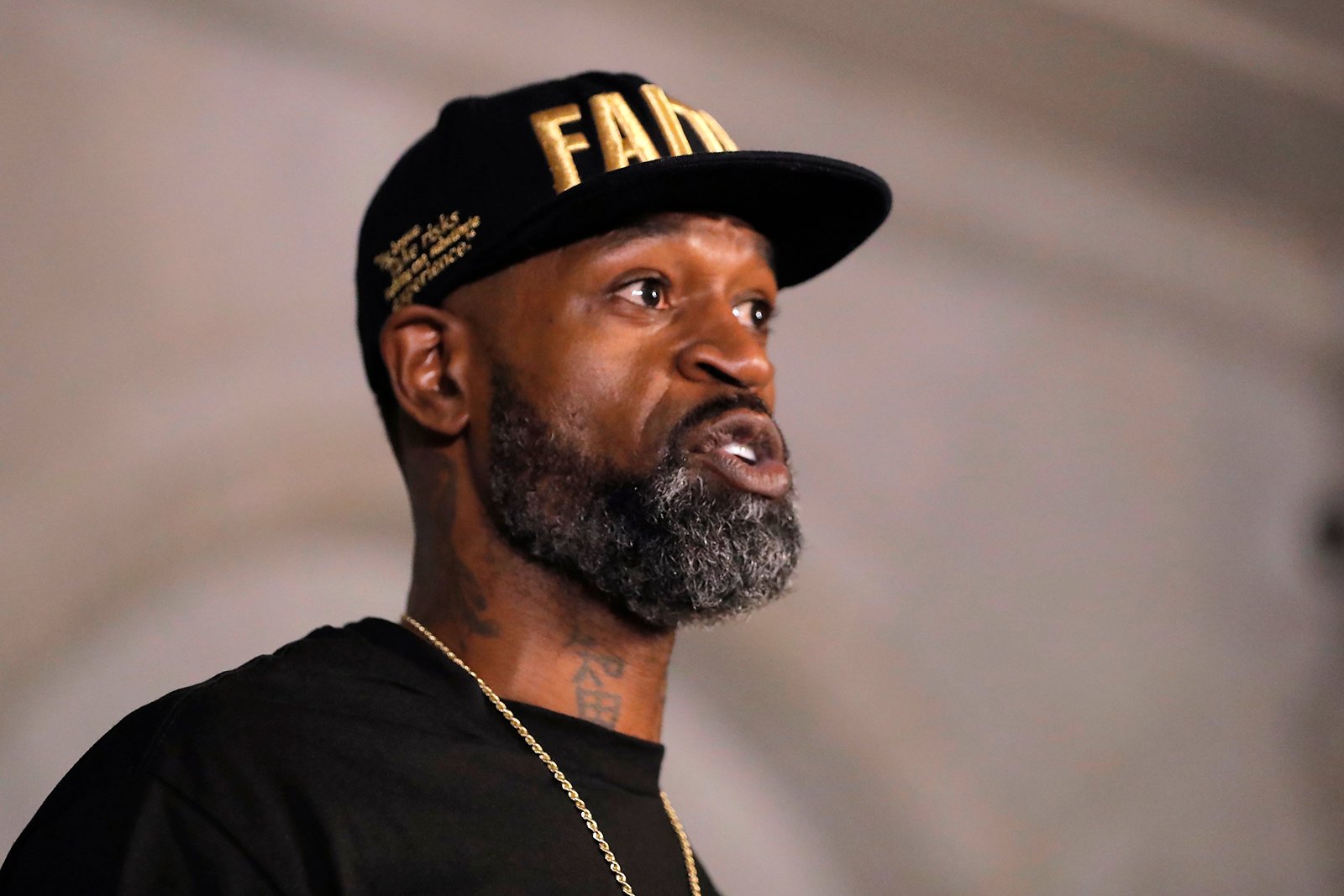 Stephen Jackson, a friend of George Floyd, speaks during a news conference  June 2, 2020, in Minneapolis. The nation saw protests against police brutality sparked by Floyd’s death after he was restrained by Minneapolis police officers on May 25. (AP Photo/Julio Cortez)

What has been the most meaningful change in your life since you became Muslim?

The discipline was already in my life. I was disciplined as a ballplayer, and I actually quit going to clubs and drinking before becoming Muslim. Being disciplined and motivated has always been a big part of who I am. I always do everything at 110%, and faith isn’t going to be any different. Allah has blessed me with so much already, and now he has blessed me with Islam. I want to show him that I’m worthy of that blessing by bringing the same discipline to Islam from day one that I brought to everything else in my life.

What has been the reaction of family and friends?

Those that know me aren’t surprised, just proud. I called my mom and had a long call with her and we went back and forth. She wanted to make sure I was ready to do this, and knew what I was doing. She said she’s good with it. In fact, she loves the fact that I pray five times a day because she couldn’t get me to pray once a day as a kid when I wasn’t Muslim! She sees the calmness in me, and the better version of me. So she’s been nothing but supportive.

My kids support it as well, and that’s all that matters to me. I didn’t do this for anyone but Allah, and I want it to stay that way. That’s why it was easy for me to make this decision, because it was only for Allah. At the end of the day, I got on my knees and asked him for guidance, and this is where he put me. So I’m gonna stay the course, inshallah (God willing).

How about in your fight for justice for George Floyd and the countless other victims of police brutality?

I feel as if I have the ummah (the global Muslim community) behind me now. I have support that I’ve never had before. I’ve been through a lot — I’ve won a championship, won awards, just won best podcast. Nothing has felt better than seeing someone who you know is having a bad time, and you’re able to put a smile on their face. I put a lot of smiles on people’s faces, and I’ve never had more support than I’ve had since I became Muslim. Besides the Jackson family, I’ve never felt more love than I have from the ummah.

How have Muslim leaders who fought for justice inspired you in your struggle?

They always have, even before I became a Muslim. Malcolm X, first and foremost, has always inspired me. How he fought, what he fought for, and his courage to go against the grain at all times when he felt it was the right thing to do. When you think righteous, you think of Malcolm. He has set the standard for me and so many others of what it means to be righteous while fighting for justice.

RELATED: Sports bring joy to our lives and are a balm to our souls. Racial justice is more important.

With Muhammad Ali, I feel like I owe so much to him because he used his status as an athlete to lift up those who got no love. He taught us to talk when we have the platform, not after we’ve enjoyed the shine. So I feel like a child of Ali, and a student of Ali. And like him, being a true servant of Allah, while fighting for justice, is my greatest goal. 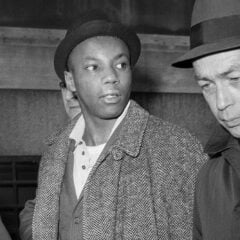 Articles of Faith
Empowering Muslims to tell their own stories
Follow us on Facebook!
Submit your photos to RNS