MUMBAI (RNS) — Shivaji Khairnar was nine in the early 1990s when riots erupted in his Mumbai neighborhood, claiming at least 900 lives. A Hindu, he was told not to play with Muslim children and saw firsthand the developing fissures between the two communities.

That bitter childhood experience, rather than fuel sectarian hatred, turned Khairnar into a fervent proponent of interfaith harmony. Twelve years ago he began fasting for one day during the Muslim holy month of Ramadan.

“I thought this was a good way of sending out a message,” said Khairnar, 36, a social worker who fasted on Monday, May 10, the 27th day of Ramadan known as Laylat Al Qadr, or the night of power. “If a Muslim can stand alongside me for a Hindu festival, then can’t I also fast with them?” 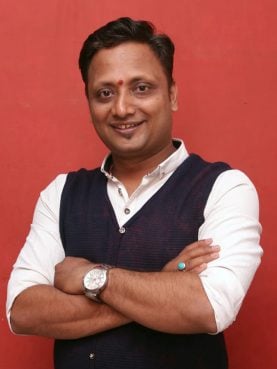 Khairnar isn’t the only Hindu who fasts during Ramadan, the ninth month on the lunar calendar that Muslims observe with prayer and reflection and fasting from dawn until dusk. The 29- or 30-day period ends with the sighting of the crescent moon, celebrated as Eid, which this year falls on May 12.

Across India, many non-Muslims observe Ramadan fasting for reasons ranging from solidarity with friends to gestures of fraternity and gratitude and as a means of introspection. Like Khairnar, some fast for just a day, some for several days and others for the entire month.

This year’s Ramadan came as a deadly second wave of COVID-19 descended on India, forcing restrictions on religious gatherings that are typical for the season, including the iftar parties where people gather to break their daily fast. This year’s Ramadan also comes against a broader backdrop of growing Islamophobia and sectarian tensions in a country ruled by Prime Minister Narendra Modi’s Hindu nationalist party.

“Islamophobia may be increasing because of the discourse of the media, politicians and the refusal of the state to act against hate crimes,” said Irfan Engineer, director of the Centre for the Study of Society and Secularism. “But the syncretic traditions continue,” he said, referring to the interfaith observances of Ramadan, among other practices.

Indian Muslims have long had syncretic religious observances, finding correspondences especially in the Bhakti and Sufi traditions and in a variety of localized practices in different regions of the country. These include Hindus taking part in Islamic New Year processions or worshipping Muslim saints and, likewise, Muslims celebrating Diwali or venerating Indian deities.

“India has been such a melting pot of different cultures,” said Jayshree Shukla, a heritage buff and amateur photographer who started fasting in Ramadan in 2017. “Now politicians stir up (sectarian) waters, but basically there has been kinship and friendship.”

Shukla, 53, did her first full monthlong fast this year, having fasted in previous years for shorter periods. As usual, she made it a point to photograph her feasts and post them online.

“I’m not very religious. This is strictly with a social purpose, to build bridges, to reduce hostility,” she said. “As the world got more polarized I felt this was an important gesture of goodwill across communities.” People crowd the Jama Masjid near the end of Ramadan in Delhi, India, in 2019. Photo © Jayshree Shukla

India’s population of 1.3 billion is nearly 80% Hindu, with 170 million Muslims (about 14%). Ritual fasting is also practiced by Hindus and Jains, though typically not over extended periods.

“It disciplines your body, makes you introspect and helps you build a habit,” said Pragya Narang, a communications consultant who fasted for four straight years but was unable to this year. Narang, 36, also routinely fasts on certain Hindu festivals, though she does not see herself as religious. “It’s great to feel part of a wider community,” she said. “To fast and then feast with others.”

Last year Mushtaq Khatri, who runs a fleet of taxis in a town in Gujarat, in western India, arranged food for several people during the pandemic-induced lockdown, which partially overlapped with Ramadan. Some of his Hindu acquaintances, in a gesture of solidarity and to pray for an end to the pandemic, observed the fast for one day of last year’s Ramadan. “Isn’t this nice?” asked Khatri, 40. “In our area there is no conflict around religion.”

For retired Indian army Major General Yash Mor, serving in 2002 in Kashmir, India’s only Muslim-majority state, piqued his interest in Islam. When a senior suggested he try fasting, he did it for five days along with some of his men. “It was a calling, something which came from inside,” he said. To enjoy the taste of dates or water at the end of a long day was special. “You feel so humbled,” he said.

The first few days can be hard for first-time fasters, who wake before sunrise and hold off eating until around 7 p.m. after sunset.

“I am a big foodie, so I was concerned whether I would be able to do it,” said Monika Mondal, a 27-year-old journalist in Delhi, who fasted for the first time this year. Born to Hindu parents, Mondal said she liked to sample the best of different faiths. “It was more of a spiritual experience for me. I wanted to spend more time with myself, meditate and develop good habits.” Shivaji Khairnar, bottom right, takes a photo of an iftar at his workplace in 2018. Courtesy photo

RELATED: ‘We need a place to serve’: As India’s COVID-19 cases spiral, faith groups step up

Some family members were skeptical of her decision. In Narang’s case, Muslims told her she was doing it for entertainment, while Hindus wondered if this was the first step toward conversion. Mor, who published an essay on his fasting experience, got trolled on Twitter.

But Engineer said the sharing of religious practices helps build harmony and understanding.

“If you don’t know a community, you can be instigated or led to develop prejudices against them,” he said. “But when you participate in each other’s festivals and observances, you know the community. And if someone says they are all terrorists, you don’t believe them because you know Muslims who have invited you for iftar.”