(RNS) — On Monday, the first day of early registration, Justine Lieberman logged on to her computer and signed up for four days of camp.

She’d been waiting for this moment for more than a year after the coronavirus scuttled her plans last summer.

But unlike many other campers across the country, Lieberman is not a kid, and she is well past her teens.

“I enjoy being around people who are my age,” said Lieberman. “For me, it’s four days of fun without the pressure of planning it. I feel like a camper again, and I love that feeling.”

Five days in, registration for some sessions is more than halfway full for Trybal Gatherings, a five-year-old organization that offers camp for Jewish grownups. The idea is to reconnect 20- and 30-year-olds with other Jews their age at a time when many skip any kind of religious institutional connection. 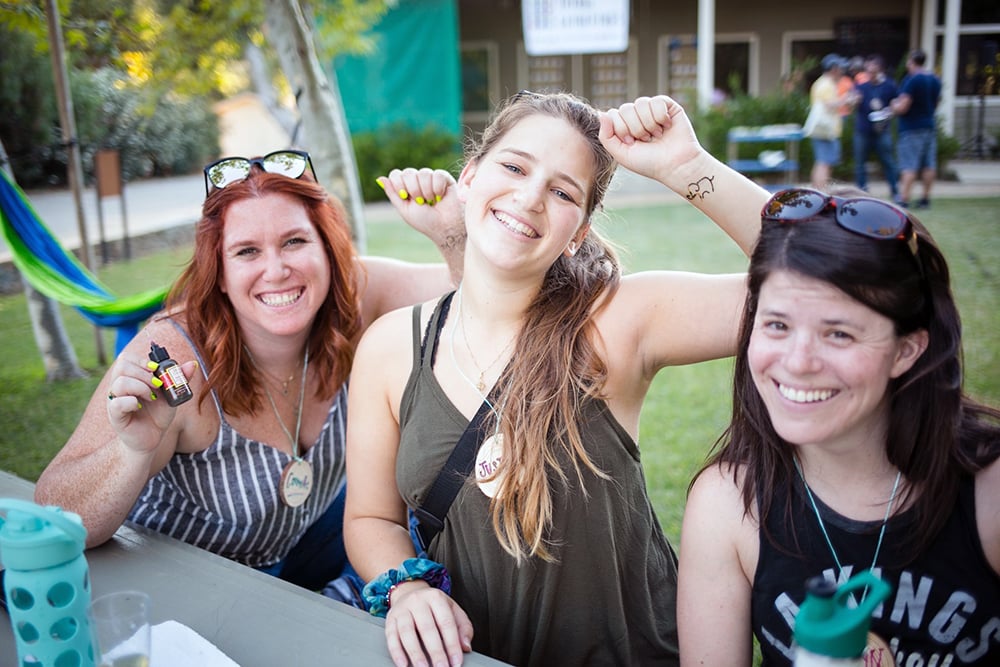 Trybal Gatherings banks on the popularity of Jewish summer camp for kids, which survey after survey suggests is a gateway to lifelong Jewish attachment. Many of the estimated 500 participants are camp diehards who, like Lieberman, say kids’ summer camp was “the best thing I ever did growing up.”

Most of the participants at Trybal don’t belong to a synagogue and are not especially attached to Jewish devotional practices. But they want to hold on to cultural Jewish touch points — camp being the most meaningful among them.

This summer, Trybal is offering day camps and overnight camps in Atlanta, Chicago, the Massachusetts Berkshires and Southern California. A $1.5 million grant from the Marcus Foundation will allow Trybal Gatherings to explore additional locations and year-round offerings. The donation is five times the amount the group has received.

“We try to take Jewish and secular culture and dovetail them into fun and exciting activities,” said Carine Warsawski, founder and CEO of Trybal and herself an alumnus of Jewish summer camps. “When people go back to their everyday lives, they’ll feel a little more Jewish.”

Campers can play Slip-n-Slide kickball, tackle a ropes course, tell stories around the campfire, learn to pickle or bake challah. Participants can bunk together in cabins with a dozen others or book a private room. Meals and an open bar are part of the package, which typically takes place at established Jewish camp sites and conference centers. 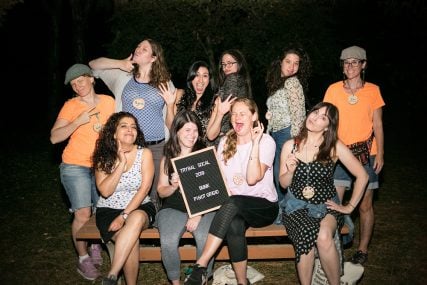 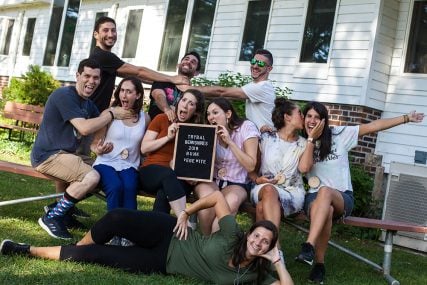 Jewish-specific programming is light and informal. There’s typically a Friday night Shabbat service with guitars and singing followed by a meal.

For some, it’s an opportunity to find a romantic partner — one couple who met at a Trybal camp has already married — but Jeremy Hollander, a single 36-year-old aerospace engineer who has attended the three previous years, said meeting a partner is not his main reason for going.

“I feel like if you go to camp with the goal to date you’ll miss out on all the things that make camp awesome and magical,” Hollander said. “Yes, there’s a dating aspect to it. But it’s not the primary reason to go.”

It would be hard to overemphasize the importance of camp for U.S. Jews. A 2018 study by the Reform movement, the largest of Judaism’s three main U.S. branches, found that 81% of camp alumni said that “being Jewish is very important in my life.” That’s about twice the percentage of Reform Jews who gave the same answer to that question in the 2021 Pew study of Jewish Americans.

Last year’s decision to cancel summer camps because of the coronavirus pandemic was especially painful to U.S. Jews. There are 160 Jewish overnight camps in the U.S. and Canada. In 2019, they enrolled 82,000 kids and 13,000 college-age counselors, according to the Foundation for Jewish Camp. Camp for adults is not a new idea. Warsawski, Trybal’s founder, said she was working for LivingSocial, an online marketplace in Washington, D.C., when she first learned about adult camps.

“I thought, why wouldn’t you do this Jewishly?” Warsawski said. “We know the power of immersive experiences. Jews have these camps and properties that are underutilized around the country.”

This year, for the first time, Trybal is offering a one-day adult camp experience, which Warsawski said might lower barriers to those not ready to commit to a four-day experience. It’s also cheaper, starting at $100. (Four-day camps range between $500 and $750, depending on the type of accommodations.)

Finding ways to keep young adult Jews engaged has become a central concern for many Jewish leaders as more young people become unaffiliated. According to Pew, a full 40% of Jewish adults age 30 and under say they do not identify with Judaism as a religion.

“The majority of our participants either come from a Reform or unaffiliated background,” Warsawski said. “These are people who have either fallen by the wayside Jewishly or they’re not as practicing as they once were and are looking for new ways to live their life Jewishly.”

“I feel comfortable there because there’s not much of a religious aspect to it,” Kiesler said. “This is my connection to Judaism.” 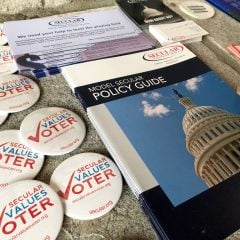 Opinion
The most Jewish thing that Ruth Bader Ginsburg ever did 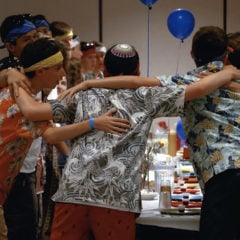 News
Another heartbreak for American Jews? The cancellation of summer camps.