(RNS) — Last week, as rockets and missiles rained down on Palestinians and Israelis, people of all faiths around the world were horrified. But a pastor in Texas rejoiced.

“When I tell you the rapture of the church is imminent, ‘imminent’ means it can happen at any time,” thundered John Hagee, founder of Christians United for Israel, America’s largest pro-Israel organization. “That is not an overstatement; it’s an understatement. If you’re not ready, get ready, because we’re getting ready to leave this world!”

For Hagee, senior pastor of Cornerstone Church in San Antonio, Texas, human suffering and escalating conflict aren’t necessarily bad things: They herald Jesus’ triumphant return that would first see true believers disappeared in the “twinkling of an eye” to heaven before the final battle between good and evil.

RELATED: Can American Muslims and Jews help bring peace to Israelis and Palestinians?

Christian Zionism’s support for the nation-state of Israel is rooted in relatively modern evangelical readings of Scripture that see Israel’s “rebirth” in 1948 as fulfilling the Old Testament prophecy, signaling the ticking of God’s clock ever closer toward the end of the world.

While some Christian Zionists reject Hagee’s end times prophecy, nearly all embrace God’s covenants with Abraham — and through him the Jewish people — as eternal. In this reading, the Jews are God’s chosen people and the land of Israel is theirs and only theirs. End of story.

From Sir Mark Sykes and Lord Arthur Balfour — the British diplomats who helped sow the seeds of Israel a century ago — to former U.S. Vice President Mike Pence and former U.S. Secretary of State Mike Pompeo, Christian Zionists have played a major role in the current conflict. Christian Zionists send hundreds of millions of dollars each year to Israel, including to fund its illegal settlements. They’ve forged strong bonds with Israeli and American politicians.

Last week, former Israeli Ambassador to the U.S. Ron Dermer suggested that Israel stop cultivating support from American Jews, many of whom are increasingly critical of Israel, and instead focus on evangelicals, who he called “the backbone of Israel’s support in the United States.”

Many Christians, including many evangelicals, see Hagee’s teachings as heresy. “What about Jesus’ commandment to ‘love your enemies’ and ‘blessed are the peacemakers’?” asks Pastor Michael Rudzena of the evangelical Good Shepherd Church in New York. “And God’s ‘crystal clear’ heart for justice and inclusion? And his radical love for all of humanity?”

A theology that doesn’t use “Jesus as the key interpretive tool” and reflexively puts Israel over human life, Rudzena said, “is straight-up anti-Jesus.”

Brian Zahnd, a bestselling Christian author and pastor of Word of Life Church in St. Joseph, Missouri, agreed, saying that “American Christians are not called to take Israel’s side. They’re called to imitate Israel’s Messiah.”

But most evangelical leaders stay silent.

I’m a left-of-liberal, progressive Democrat and a former adviser to Palestinian negotiators. Twelve years ago I teamed up with former senior State Department official Todd Deatherage, a Republican and an evangelical Christian, to build a multifaith, multipartisan movement of peacemakers called Telos. We’re helping believers and nonbelievers, conservatives and liberals advocate for fundamental rights for both Palestinians and Israelis, an approach we call pro-Israeli, pro-Palestinian and pro-peace.

I’ve learned there are four reasons evangelicals are reluctant to support equality for Palestinians and Israelis publicly.

First and foremost, many pastors don’t know how to navigate the historically destructive relationship between Christianity and Judaism. The scourge of antisemitism has Christian roots, and many of the horrors that have befallen the Jewish people would not have happened absent bastardized Christian theologies.

Zahnd notes that American Christian Zionists often want to atone for Jewish suffering, including the Shoah (the Holocaust). For 2,000 years, the “Jewish people had been (Christians’) scapegoat,” Zahnd said. But instead of simply embracing the Jews, he added, “they just switched the scapegoat from Jewish to Muslim. That’s not making any real progress.”

Second, many Christians fear creating an environment more conducive to antisemitism — or being accused of being antisemitic themselves. Sadly, antisemitism is on the rise again. Many Christians worry that criticizing hard-line Israeli policies might help normalize this horrific trend. Zahnd said some evangelicals who become aware of injustices faced by Palestinians “flip and become knee-jerk anti-Israel,” sometimes even promoting antisemitic tropes.

Yet standing against antisemitism doesn’t mean ignoring the plight of Palestinians. Instead, Christians have a unique role to play in combating antisemitism while fighting for equality, dignity and freedom for all people in the Holy Land. These struggles should be one and the same. 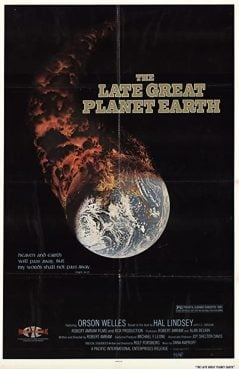 Third, many evangelical Christian pastors fear losing their flocks. While nearly half of American evangelicals reject Hagee’s theology, many more have been influenced by decades of books and films such as Hal Lindsey’s “The Late Great Planet Earth,” a Christian Zionist tome that was The New York Times’ bestselling nonfiction book of the 1970s. As many as 80% of evangelicals and roughly half of all American Christians still see the establishment of Israel as divinely ordained.

Zahnd said his own church is politically diverse, but when he began steering away from nationalistic ideologies, including Christian Zionism, he lost more than 1,000 people, or nearly half his membership. “You can’t un-know what you know and be true to yourself,” he said.

But Rudzena sees a new trend among younger evangelicals. “They want Jesus at the center. They want to embody his teachings, not to be on ‘team Jesus’ so they can be on the right side of some weird end times allegory,” he said.

Recent data from Barna, a Christian research firm, reflected this dramatic shift. Since 2018, a survey showed, support for Israel among evangelicals aged 18-29 has plummeted to 33%. Roughly half support the establishment of a Palestinian state.

Rudzena sees these larger trends as an opportunity. “Embracing our call to be peacemakers — to tune in to the complexity of our world and tune out of simplistic us-versus-them thinking — is exactly what Jesus modeled and called us to do. I see it actually energizing our church and other churches. For me, peacemaking is central to discipleship. It’s the new frontier.”

Finally, most evangelicals have had little interaction with Palestinian Christians, who trace their origins to the first Pentecost, passing the faith from generation to generation, under empire after empire. Without them, Hagee would have never heard of a heretical Jewish rabbi named Jesus.

But to reach Raheb or Isaac in Bethlehem, visitors must traverse military checkpoints and a massive, concrete wall, a journey that gives the false impression of traveling to another country. Yet everyone within Israel, the West Bank and Gaza lives under Israeli control. One group of people (Israeli Jews) enjoys full political and civil rights; the other (Palestinian Muslims and Christians) is denied those same rights — to varying degrees.

How and why we got here is complex. It doesn’t excuse the terror inflicted by Hamas’ deadly barrage of rockets. But those rockets shouldn’t distract us from this underlying, unjust reality.

Evangelical Christians must now reassess their relationship to the Holy Land. By ceding their voice and political representation to extremists in their own traditions, they become complicit with their silence. With their influence, evangelicals could be key to bringing peace to the birthplace of the Prince of Peace.

But today, Christian Zionism is spreading throughout Latin America, sub-Saharan Africa, parts of East Asia (including China) and Oceania. Brazil’s evangelicals — many of whom share Hagee’s Christian Zionist zeal — grew from 15% to 21% of the population in the last decade alone. If current trends persist, these nationalistic expressions of Christian faith could one day become the dominant expression of global Christianity.

If Christians appalled by the co-optation of their faith remain silent and disorganized, they will primarily have themselves to blame. And the rest of us — not just Israelis and Palestinians — will pay the price.

(Gregory Khalil is president and co-founder of Telos, a pro-Israeli, pro-Palestinian, pro-peace nonprofit that forms communities of peacemakers across lines of difference. The views expressed in this commentary do not necessarily reflect those of Religion News Service.)

News
Bishop Robert Stearns wants to reinvent evangelicalism without leaving it behind
Follow us on Facebook!
Submit your photos to RNS