(RNS) — My earliest memory of Jesus is as a Sunday school flannelgraph cut-out. I can’t tell you how old I was at the time, but I recall Jesus resembled the version described by former Fox News host Megyn Kelly as “a white man … as is Santa,” except he wore a pale blue robe with a burgundy sash.

There I sat, crisscross applesauce, in a crescent moon of other impressionable children, watching Jesus slide across the fuzzy board, working miracles and reminding people to love their neighbors as themselves.

My teacher’s descriptions of Jesus were as flat as the cutout itself. Jesus was good, Jesus was God and Jesus loves me this I know, for the Bible tells me so.

>RELATED: Why is a photo of Jared Leto dressed like the Joker and Jesus floating around?

It wasn’t much information, but it was enough to spark an interest that continued into adolescence. Over time, a third dimension was added to my two-dimensional image from directly encountering Jesus in my life. These lived experiences have kept me walking the so-called Jesus Way for the last quarter-century. 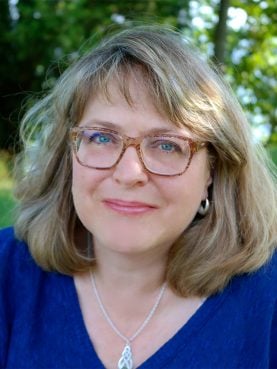 Religion scholar Diana Butler Bass, 62, also learned about Jesus through both Sunday school and seminary. While she found these experiences helpful and even life-giving, she too came to conclude they were not enough. In her new book, “Freeing Jesus,” Bass writes, “neither historical scholarship nor conventional doctrine quite captures who Jesus is for me.”

The former, Bass writes, often leads to cold skepticism. The latter leads to dutiful submissiveness. The only way to add a third dimension to our understanding of Jesus is to offer our varied personal experiences a seat at the table of knowing.

In a phone interview, Bass told me she believes modern Jesus followers must untether the first-century Nazarene from limiting constraints imposed by theological systems, particularly the boundary-keeping religious right, as well as the accretions of rituals in liturgical traditions. Only then will we liberate what she calls “The Jesus Christ of Personal Experience.”

If you hail from a fundamentalist or evangelical Christian tradition like me, that phrasing might get your hackles up. Even as my lived experiences were providing depth and color to my understanding of Jesus, my evangelical upbringing was teaching me that personal experience could not be trusted. Spiritual truth is absolute, objective, universal and revealed only by God’s word — a truncated way of saying that truth was confined to my leaders’ sanctioned interpretations of the Bible.

Over time, I came to see the serious flaws in this. There is a difference between knowing Jesus and knowing about Jesus, and many Christians who believe they have the market cornered on the former never venture to consider the latter.

“If we think that being with Jesus means getting the right answers from a creed or remembering points of doctrine from a sermon, we probably will not manage to truly know Jesus,” Bass says. “We will only succeed in keeping the right responses scribbled on some back page of our memory.”

Her perspective reminds me of a 1996 Christianity Today article by the famed preacher and United Methodist bishop William Willimon. At the time, many conservative Christians were “decrying rampant moral and intellectual ‘relativism’ within our culture.” Willimon, while calling the concept of absolute truth “a necessary corrective,” asserted that “Jesus did not arrive among us enunciating a set of propositions that we are to affirm.”

Christian faith must be grounded in a personal experience, not a propositional education. “Isn’t it curious that Jesus did not say to his disciples, ‘I am here to tell you about the truth?’ He says, ‘I am the truth,’” Willimon wrote.

This debate predates Willimon by at least 500 years. As Bass points out, those who brought about the Protestant Reformation vehemently questioned both church tradition and subjective experience, which they believed dethroned the Bible in the Christian mind.

In response, Christian pietists in the 1600s warned that the Reformation was leading to a frigid intellectualism. First Great Awakening preachers such as George Whitefield argued that there must be an experiential dimension to faith. In recent years, Bass has been influenced by philosophers who argue that the nature of all human knowledge is not only cognitive but deeply experiential. “We no longer think about truth merely as facts, but as something that adjudicates itself through our lives,” Bass told me. “I know something is true because it rings true in me, and we know it’s true because it rings true in others. And this goes for our understandings of Jesus too.”

Bass’ book doesn’t stop at describing her process: It describes the six distinct ways Jesus has manifested in her life — as Friend, Teacher, Savior, Lord, Way and Presence. “Your six Jesuses may be different, or they may be the same but in a different order. Perhaps you have known eight or ten Jesuses,” writes Bass. “Or maybe you have only known one and are looking to know that Jesus more deeply or anew.”

It may sound slippery and subjective to some, but Bass’ approach falls in line with the way Christians have encountered Jesus through history.

In 1985, Jaroslav Pelikan, then-professor of Christian history at Yale University, published “Jesus Through the Centuries,” in which he mapped out the varied portrayals of Jesus from the first century through the 20th.

There was Jesus as the “King of Kings,” a powerful rebuttal to the Roman caesars’ claim to lordship, and later, an opportunity for Emperor Constantine to fuse church and state.

The eighth and ninth centuries’ depiction of Jesus as “The True Image” inspired an explosion of Byzantine art and architecture. By the Middle Ages, the dominant image had become “Christ Crucified.” The 12th-century Benedictines portrayed Jesus as “The Monk Who Rules the World,” while Christians of color during the civil rights movement chose to follow Jesus “the Liberator.”

Pelikan lays out 18 portrayals of Jesus in all, demonstrating how Christians have always understood Jesus in ways that “represented an answer” to the fundamental questions of their actual lives.

None of them are false. Rather, each crystallizes or emphasizes parts of the seemingly depthless whole of who Jesus is. Each portrayal represents a way of understanding Jesus, but not the way. And while evangelicals may wish otherwise, the truth is, Christians throughout history tend to find and follow the version of Jesus they most need. This may be one of the secrets to Christianity’s endurance — a theological feature, not a bug.

Today, some images of Jesus are clearly incompatible with others. What happens when the Rev. William Barber’s “Jesus of justice” collides with the Jesus advertised by white supremacists at the Jan. 6 Capitol insurrection? Without an objective standard, how does one determine which version of Jesus is true, truer or truest?

>RELATED: Who would you choose, Jesus or the Spirit?

When I put this conundrum to Bass, she responded like a true religious historian: She cited Jonathan Edwards. In the middle of the First Great Awakening, she said, Edwards was asked how a person can discern if a religious experience was good and wouldn’t lead to something evil. 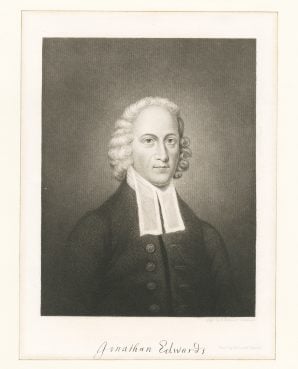 “Edwards wrote a long tract on this topic, and it’s one of the wisest answers in church history: The way you adjudicate a religious experience is by its results. Today, we are seeing the results of the white supremacist Jesus and even the Southern Baptist Jesus,” Bass says. “They can say that their Jesus is better than everyone else’s, but if the results are sex abuse scandals and violent insurrections and white supremacy, the answer is pretty obvious.”

Edwards’ answer doesn’t sound too dissimilar from Jesus’ test for false teachers: “You will know them by their fruits. … Every good tree bears good fruit, but a bad tree bears bad fruit.” And yet, while “fruit testing” can be helpful, it also has its limits. The results that one person calls good, another may consider rotten.

Bass is not arguing for a purely subjective approach to knowing Jesus. She has not checked her scholarship at the door. Rather, she models a process she dubs “mutual interrogation,” in which personal experience is placed into conversation with biblical scholarship, church tradition, history, science and reason. Bass offers experience a seat at the table of knowing, perhaps even at the head, but it isn’t the only voice in the room.

“There are pitfalls to living in a purely experiential world,” Bass says. “QAnon conspiracy theorists show us that. If you move toward a universe that exists only in the realm of what you feel and experience to be true, that’s not going to work well. Experience is a grounding thing, but it should be allowed to coexist alongside and interact with other modes of knowing. Out of that, something true emerges.”

In the end, all Christians run headfirst into that durable question that Jesus first asked his disciples: “Who do you say that I am?” The answer to that question cannot be explained by a Sunday school teacher, imparted from a mentor, inherited from an ancestor, borrowed from a book, codified in a creed, jotted on a flashcard or memorized like a math equation. It can only be excavated from the soil of a once-lived human life.

That’s been my experience, anyway.