(RNS) — Each week Religion News Service presents a gallery of photos of religious expression around the world. This week’s photo selection includes a Hindu temple rededication, Mass with puppets and more. 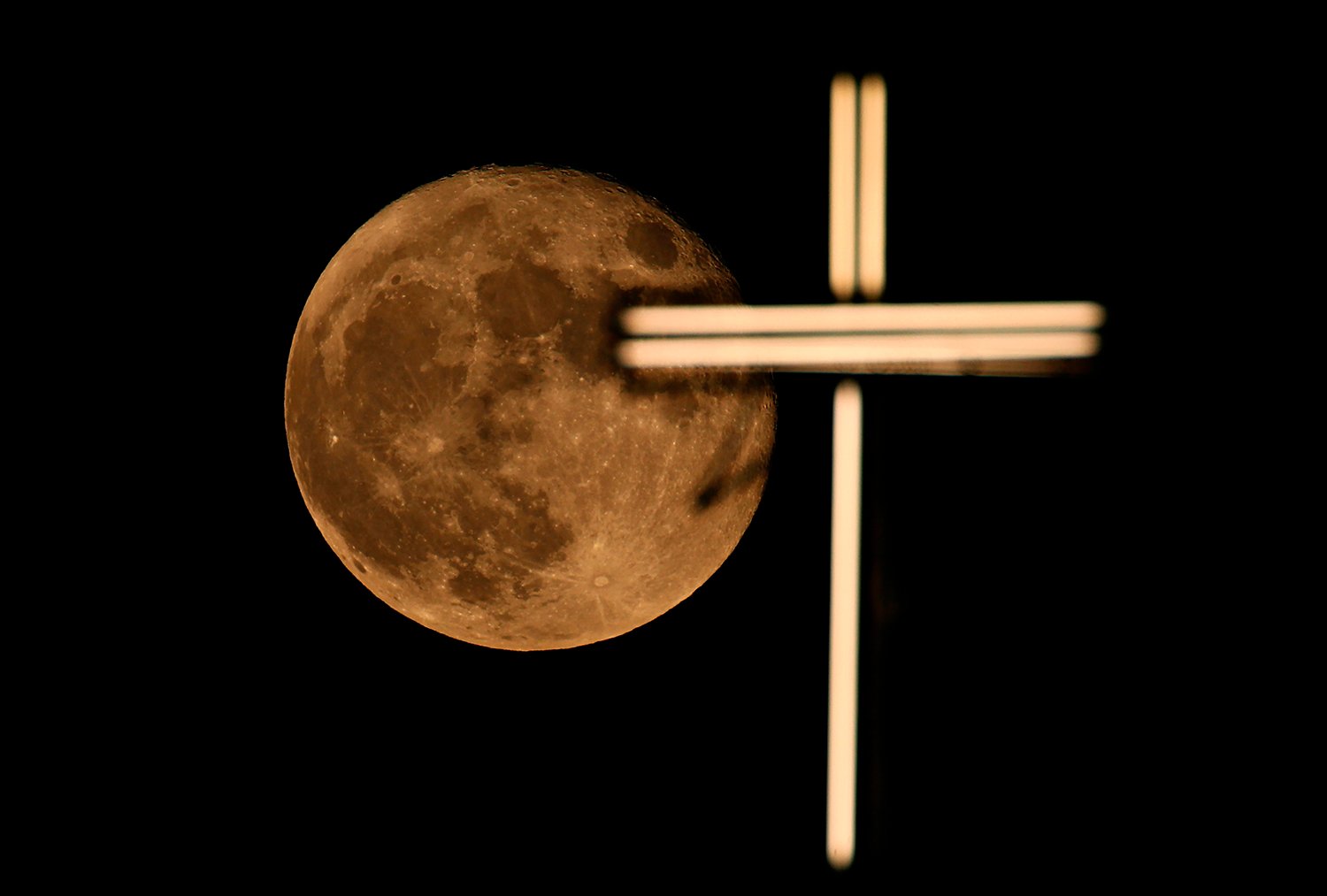 Devotees line up to enter the Sri Venkateswara Temple following the final rituals of Maha Kumbhabhishekam, the Hindu rededication ceremony in Penn Hills, Pa., Sunday, June 27, 2021. Built in the 1970s, the Sri Venkateswara Temple is the oldest major Hindu temple in the country. Maha Kumbhabhishekams occur about every 12 years and involve ceremonies to reenergize the temple and its deities. (AP Photo/Jessie Wardarski) 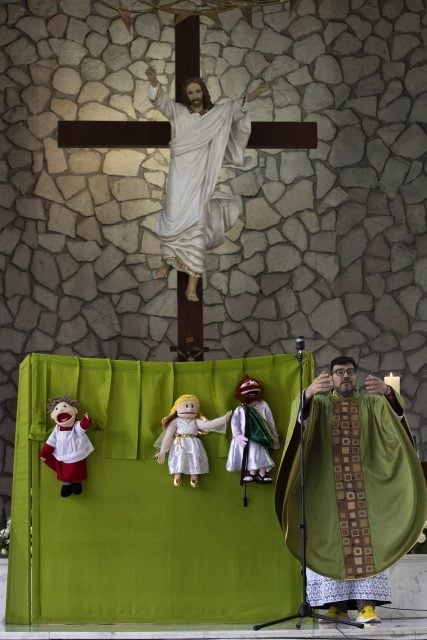 Catholic Priest Carlos Cardona delivers his homily during Mass, next to his puppets, from left, Monsi, an altar boy, Angelita, an angel, and Saint Judas Thaddeus, at the Saint Judas Thaddeus church in Huixquilucan, Mexico City, Sunday, June 27, 2021. For the last 21 years, Father Cardona has been using puppets to help bring in more children to Sunday services. (AP Photo/Marco Ugarte) 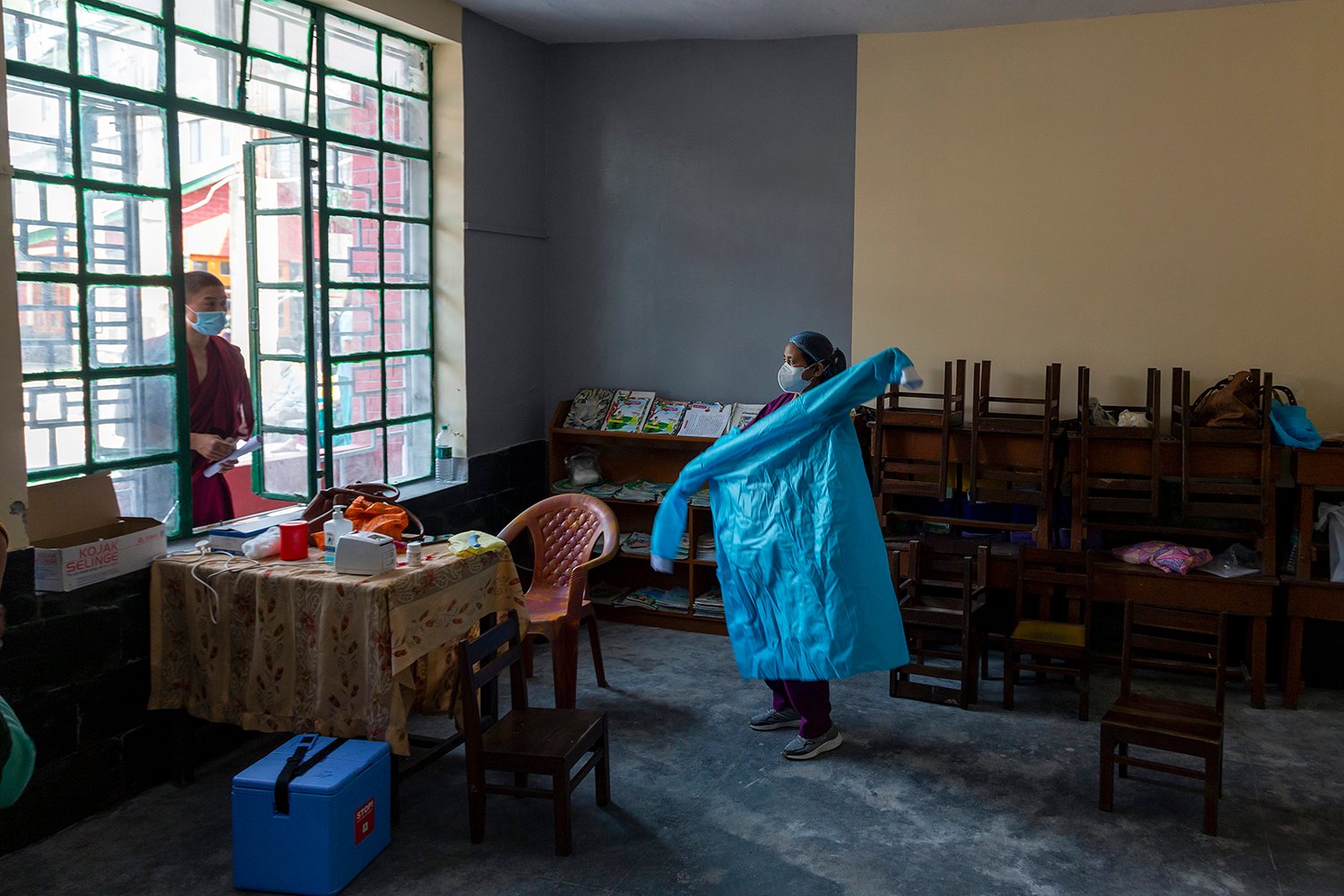 An exile Tibetan Buddhist monk talks to a nurse as she puts on her protective suit to assist at a COVID-19 vaccination center in Dharmsala, India, Thursday, July 1, 2021. The vaccination was organized by the Himachal Pradesh government for foreign nationals residing in the state. (AP Photo/Ashwini Bhatia) An Israeli settler rides a donkey as others build large Star of David in the recently established wildcat outpost of Eviatar near the West Bank city of Nablus, Thursday, July 1, 2021. Israel has reached a compromise with Jewish settlers by which they will leave by the end of the week and the area will become a closed military zone, but the houses and roads will remain in place. (AP Photo/Oded Balilty) 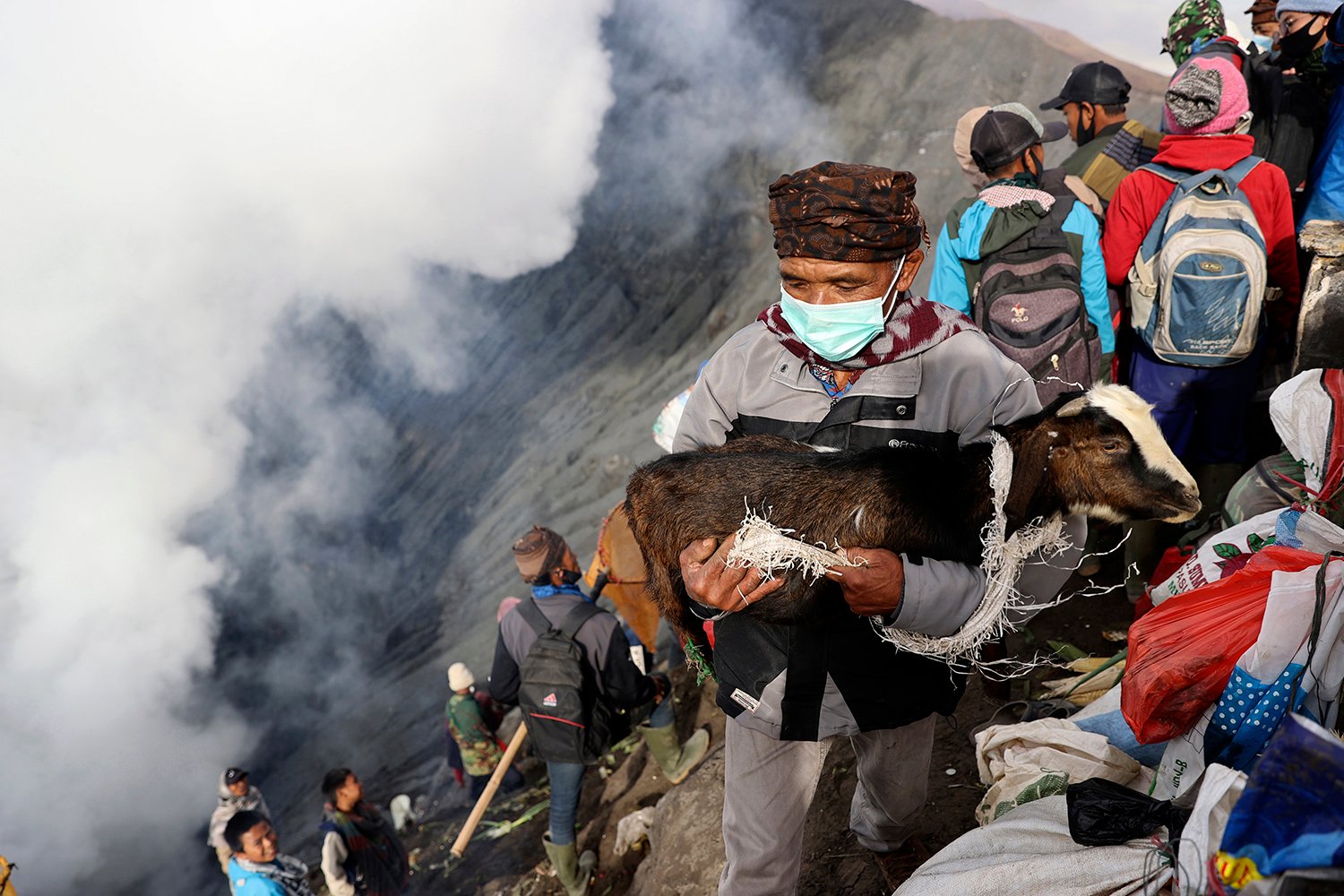 A worshipper carries a goat as an offering at the crater of Mount Bromo during Yadnya Kasada festival in Probolinggo, East Java, Indonesia, Saturday, June 26, 2021. Every year people gather for the annual festival where offerings of rice, fruit, vegetables, livestock or money are made to Hindu gods at the active volcano to ask for blessings and assure a bountiful harvest. (AP Photo/Trisnadi) 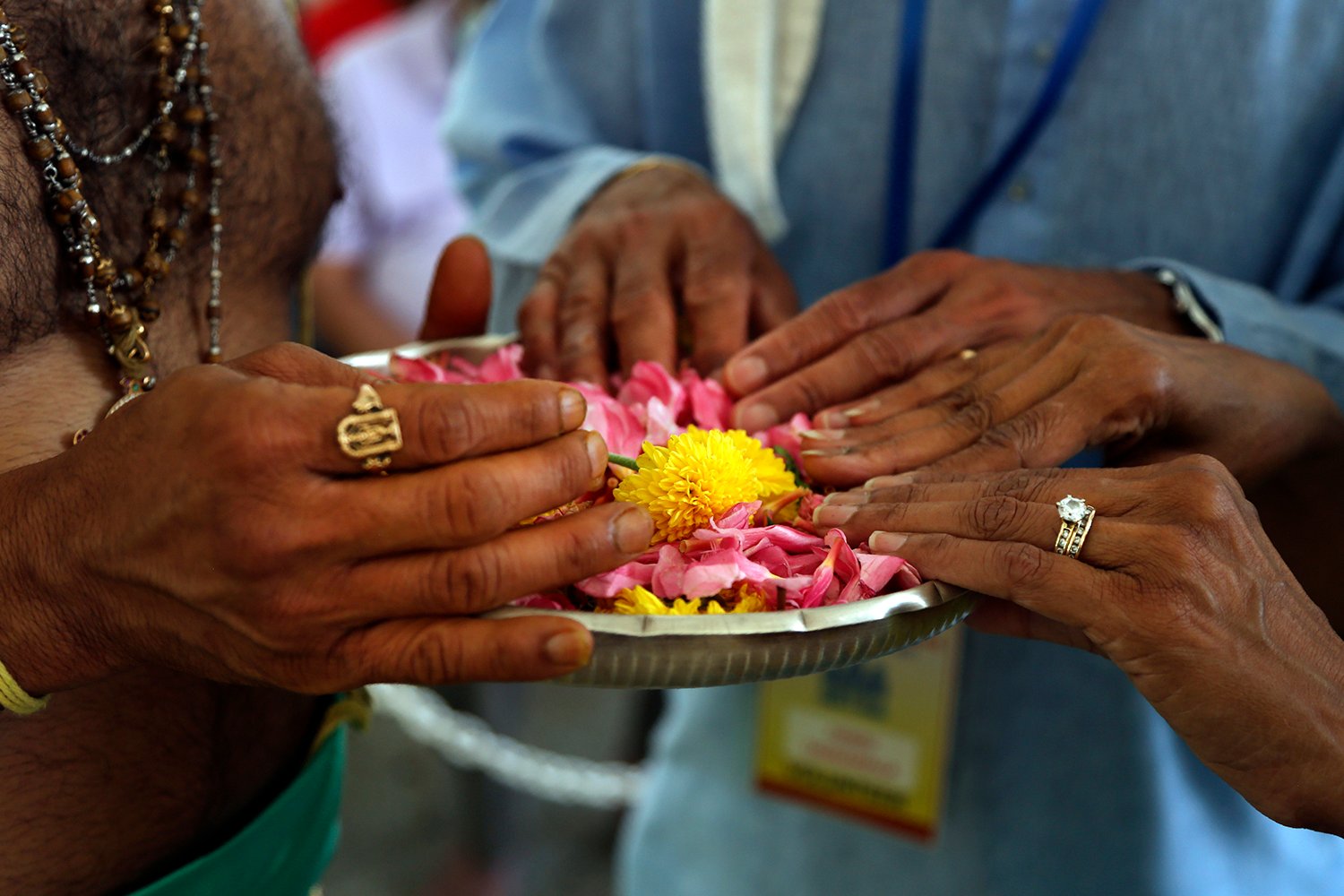 Hindu priest Gopala Dhattar, left, gives blessings to Pandu Tadikamalla, center, and his wife, Rama Tadikamalla, right, as they rest their hands on a bed of flower petals during the Maha Kumbhabhishekam, a five-day rededication ceremony at the Sri Venkateswara Temple in Penn Hills, Pa, Friday, June 25, 2021. Built in the 1970s, the Sri Venkateswara Temple is the oldest major Hindu temple in the country. Maha Kumbhabhishekams occur about every 12 years and involve ceremonies to reenergize the temple and its deities. (AP Photo/Jessie Wardarski) People embrace at a make-shift memorial outside St. Joseph Catholic Church, in Surfside, Fla., Monday, June 28, 2021, near the collapsed building for people still missing or dead. Many people were still unaccounted for after Thursday’s fatal collapse. (AP Photo/Gerald Herbert) 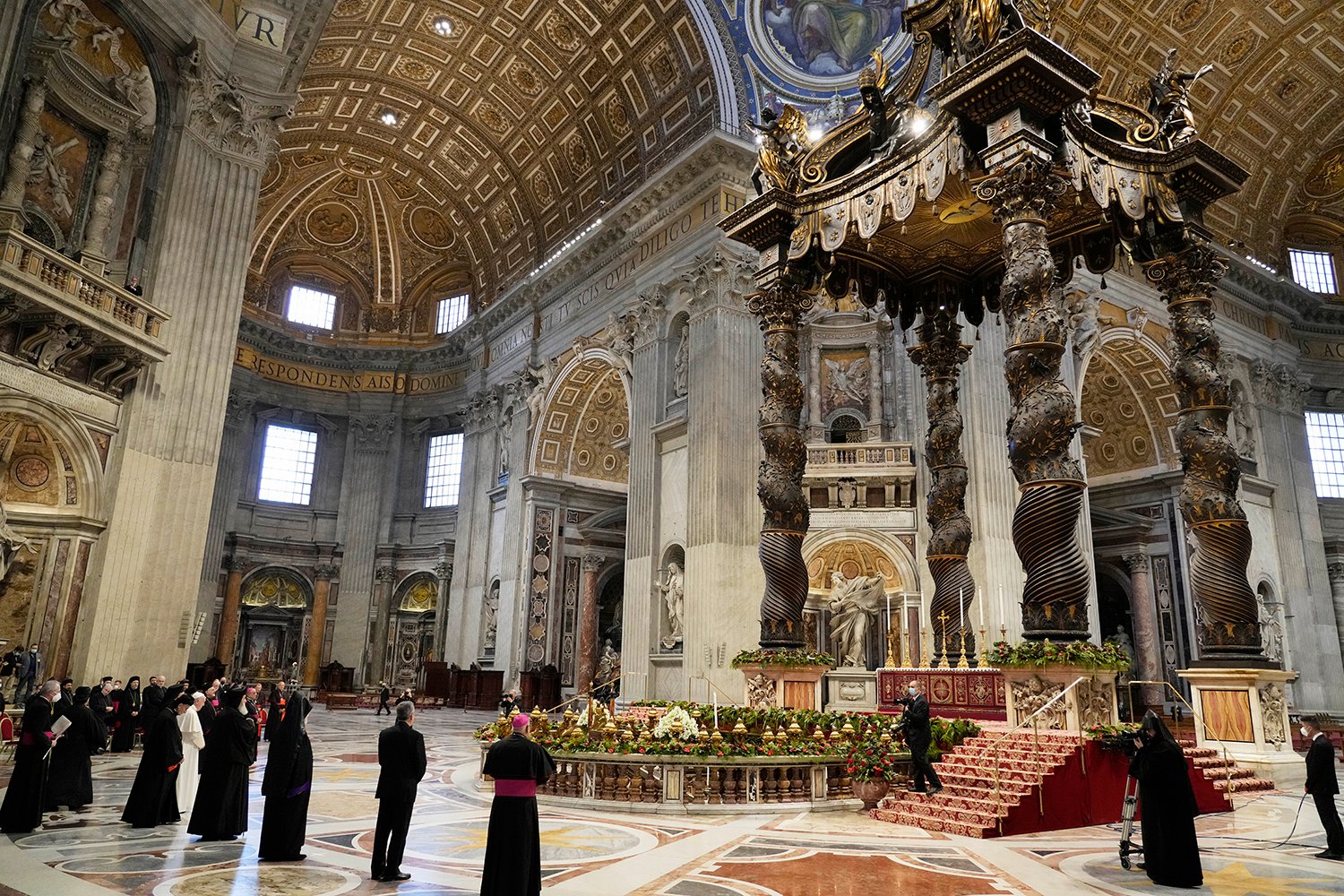 Pope Francis, background left, attends a prayer service with Lebanon’s Christian religious leaders in St. Peter’s Basilica, at the Vatican, Thursday, July 1, 2021. Francis welcomed Lebanon’s Christian religious leaders to the Vatican on Thursday for a day of prayer amid fears that the country’s descent into financial and economic chaos is further imperiling the Christian presence in the country, a bulwark for the church in the Middle East. (AP Photo/Gregorio Borgia) The crowd at the annual Gay Pride march in Paris, France on Saturday, June 26, 2021. France’s lower house of parliament on Tuesday June 29, 2021, is to approve a bioethics law that will allow single women and lesbians to have access to medically assisted reproduction for the first time, a change much awaited by many LGBT groups. (AP Photo/Lewis Joly, FILE) 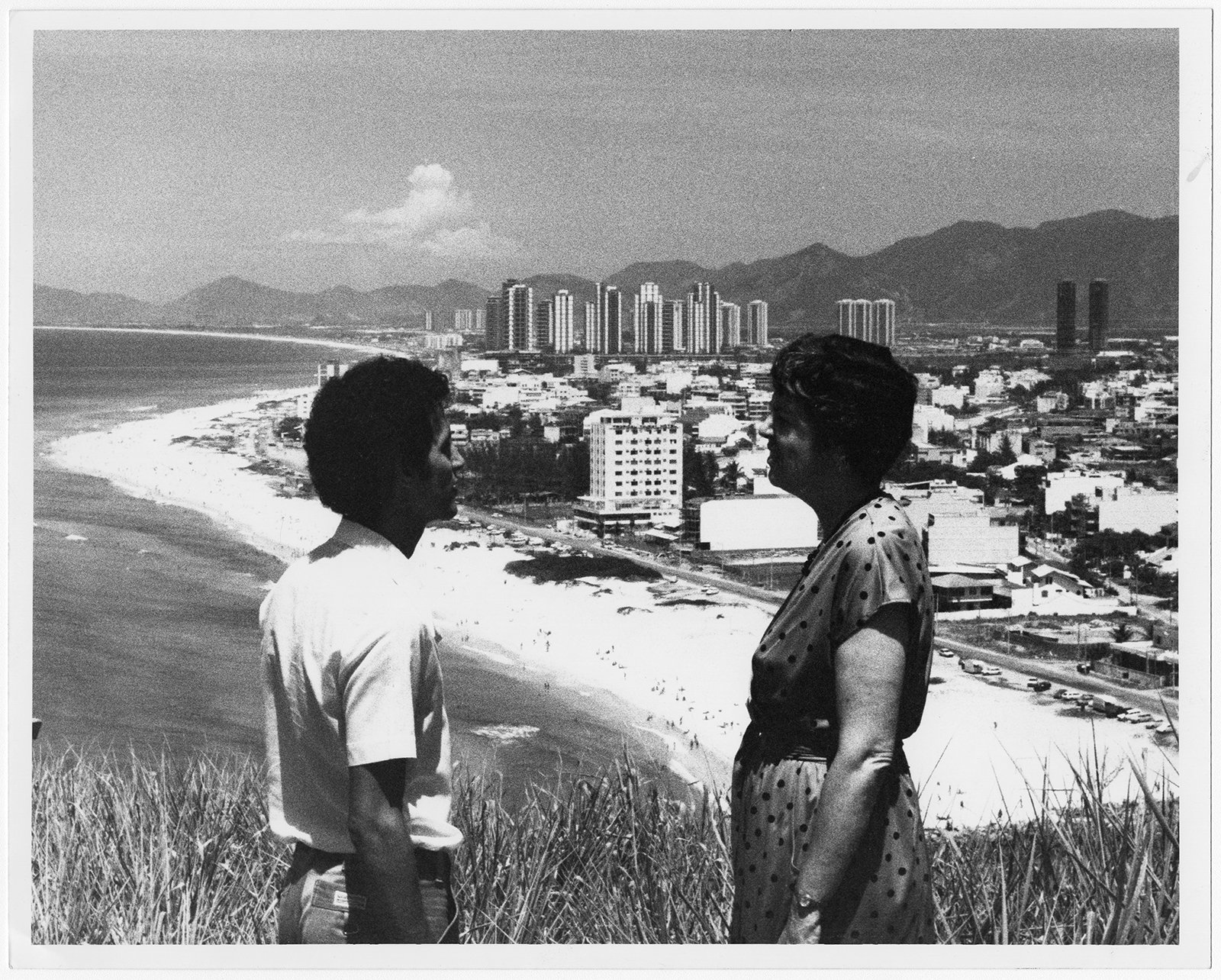 Brazilian seminary student Rui Cleber, left, and Southern Baptist missionary Elizabeth Oates stand on a hillside overlooking the Barra, a rapidly developing beachfront area where many of Rio de Janeiro’s wealthiest people are seeking sanctuary from the city’s traffic and noise, in 1980. Five Bible studies have been started, and plans are being made for a new church. RNS archive photo by Bob Harper. Photo courtesy of the Presbyterian Historical Society. Donate Now!
Posted in
General storyNewsPhotos of the Week
Follow us on Facebook!
Submit your photos to RNS