(RNS) — On Jan. 6, Josh Scott of Nashville’s GracePointe Church watched images of the Capitol insurrection with a rising sense of alarm.

The unmistakable Christian elements were hard to miss — “Jesus Saves” signs and flags, a tall wooden cross, the prayer thanking God “for allowing the United States of America to be reborn.”

“I was speechless and angry,” said Scott, who pastors a nondenominational 350-member church. “And I thought, ‘What is this thing on TV that is masquerading itself as somehow being connected to the tradition of Jesus, who gave his life non-violently?’”

That thing, he came to realize, is Christian nationalism, and he began speaking out about it from the pulpit.

A loose consortium of Christian organizations whose members were just as scandalized as Scott has now produced a three-session adult study curriculum called “Responding to Christian Nationalism” for pastors who want to educate church members.

Published by the Baptist Joint Committee for Religious Liberty and Vote Common Good, the curriculum defines Christian nationalism as a merging of Christianity with American identity. “It’s a poison infecting our theology and our faith itself, said Amanda Tyler, executive director of the Baptist Joint Committee, speaking of Christian nationalism. “That’s the concern that’s driven a lot of the organizing around it.”

Founded by the Southern Baptists in 1936, the Baptist Joint Committee is independent of that organization but committed to protecting religious freedom and defending the separation of church and state.

Two years ago, the Baptist Joint Committee launched Christians Against Christian Nationalism, a statement signed by 22,000 Christians, mostly clergy, condemning Christian nationalism as a “distortion of the gospel of Jesus and a threat to American democracy.”

The curriculum offers biblical passages to remind Christians that their ultimate loyalty should be to God and examines how Christian nationalism may overlap with racism and white supremacy.

So far, 334 people have downloaded the curriculum, and more are expected once it’s fully publicized, Tyler said.

Some Christian leaders had been critical of Christian nationalism well before the Jan. 6 Capitol insurrection, particularly in the insistence among some white evangelicals that America was founded on biblical principles as a Christian nation. 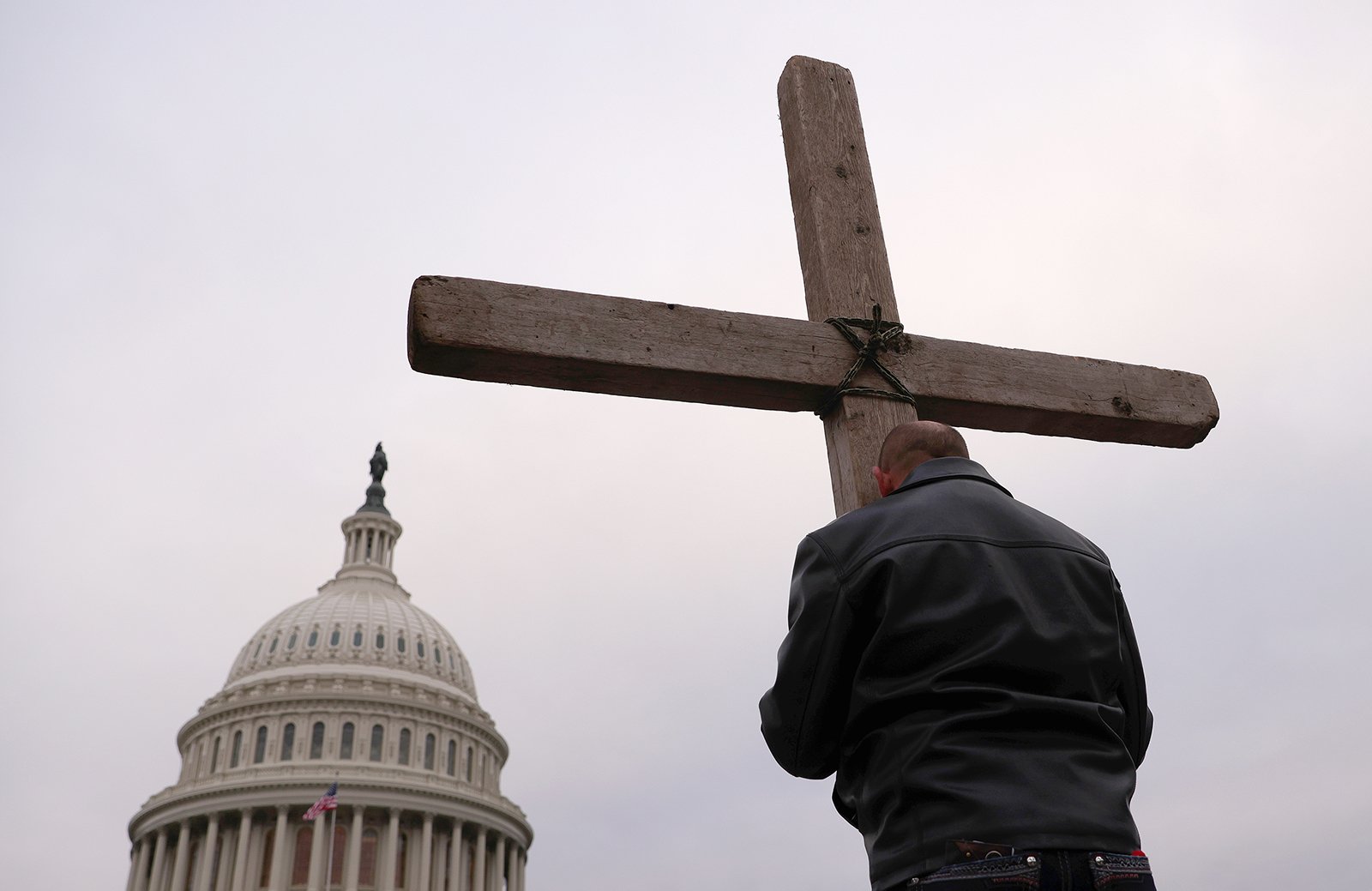 “Our desire is to present Jesus as we find him in the gospel, not an Americanized, politicized version of Jesus,” said Rick McKinley, pastor of Imago Dei, a non-denominational Christian congregation in Portland, Oregon, who intends to use the curriculum.

McKinley said there are risks for any pastor in that message. When he started pushing his church to address diversity and inclusion, he said, he lost about 300 people who were not ready to abandon their view that being a good Christian and a patriotic American were intertwined. (Pre-COVID-19, some 2,000 attended his church services each week.)

He thinks “Responding to Christian Nationalism” can offer a structured way for pastors to educate church members on the issue.

“There are a ton of pastors who desire to move their congregation but don’t know how,” he said. “I think the curriculum will be really helpful for that.”

The resource offers a biblical discussion of misplaced loyalties and offers passages such as the Ten Commandment injunction, “You shall have no other gods before me,” which Jesus repeats in the Gospel of Luke, “Worship the Lord your God, and serve only him.”

Other Christian groups are competing with the curriculum’s message from the opposite direction. One, the Center for Renewing America and Heritage Action for America, offers a toolkit for combating critical race theory, the academic framework for the study of systemic racism, which they believe is a threat to Christianity.

But Todd Blake, pastor of Madison Heights Baptist Church in Madison Heights, Virginia, and a trustee of the Baptist Joint Committee, said his identity as a Baptist compels him to oppose Christian nationalism. Baptists historically opposed any government with an established religion or religious practice.

“I don’t want Christianity to have this favored place in American politics over and against people of other faiths or no faith,” he said. “I want religious liberty and I want my neighbor to have it, too.”

RELATED: Let’s celebrate this Fourth of July without the myth of white Christian innocence