TEMPERANCE, Mich. (AP) — A priest who criticized a teenager’s suicide during his funeral is protected by the religion clauses of the First Amendment, the Michigan Court of Appeals said.

The court affirmed a decision by a Monroe County judge who had dismissed a lawsuit by the mother of Maison Hullibarger.

The 18-year-old, who was an athlete and honors student in the Monroe area, died in 2018. Mourners were shocked when the Rev. Don LaCuesta gave a critical sermon. He said suicide was a “secular crime” and a “sin against God with dire eternal consequences.”

Linda Hullibarger sued the priest and the Detroit Archdiocese, alleging intentional infliction of emotional distress, invasion of privacy and other claims. She said LaCuesta had reneged on an agreement to celebrate her son’s life.

“Father LaCuesta’s conduct was protected by the ecclesiastical abstention doctrine,” the appeals court said in a 3-0 decision Thursday. “As such, we cannot pass judgment on the content of his sermon. Consequently, all of plaintiff’s claims necessarily fail.”

After the funeral, the archdiocese said it regretted that an “unbearable situation was made even more difficult” by LaCuesta’s remarks at Our Lady of Mount Carmel Church in Temperance. 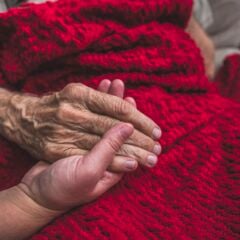 Religion Hub
What’s a natural burial? A Christian theologian explains
Follow us on Facebook!
Submit your photos to RNS