(RNS) — At last month’s Southern Baptist Convention, the nation’s largest Protestant denomination barely staved off an attempt by a right-wing faction to seize the convention’s presidency. The insurgents, whose call to arms was to oppose critical race theory, were narrowly turned back with the election of Ed Litton, a moderate pastor from Alabama.

But reports suggested that the tumultuous presidential election only further galvanized the convention’s insurgent right wing.

The Southern Baptist Convention’s near miss does a lot to explain the motivation for Christians Against Christian Nationalism, an organization led by Amanda Tyler of the Baptist Joint Committee for Religious Liberty, and Vote Common Good, the nonprofit evangelical group I lead. We have partnered to launch a new program for faith leaders aimed at confronting Christian nationalism in churches across the country.

RELATED: How will evangelical schools teach about the Capitol attack?

In their 2020 book, “Taking America Back for God: Christian Nationalism in the United States,” Andrew Whitehead and Samuel Perry show that 19.8% of Americans fervently assert that America was founded as, and continues to be, a Christian nation. Individuals in this category, they found, are more likely to fear and distrust religious minorities, condone police violence toward Black Americans, hold racist and anti-immigrant views, oppose science education in schools and approve of demands that people show respect for national symbols and traditions.

This ideology has been growing for some time, but the event that woke many Christians to the urgency of the threat was the Jan. 6 assault on the Capitol, in which Christian language and symbols featured prominently among the insurrectionists. In February, more than 1,400 evangelical leaders from across the country and the political spectrum released an open letter calling on faith leaders to join efforts to address growing political extremism in evangelical communities.

The overwhelming support the letter received prompted Red Letter Christian activist Shane Claiborne and me to gather evangelical luminaries as well as academics and experts on religious extremism across the political spectrum for a series of meetings to discuss the need for new initiatives to address extremism in the evangelical community.

These meetings made clear that there was a need for a nationwide, intra-community anti-extremism campaign that reflected Christians’ commitment to disavowing and dismantling Christian nationalism. 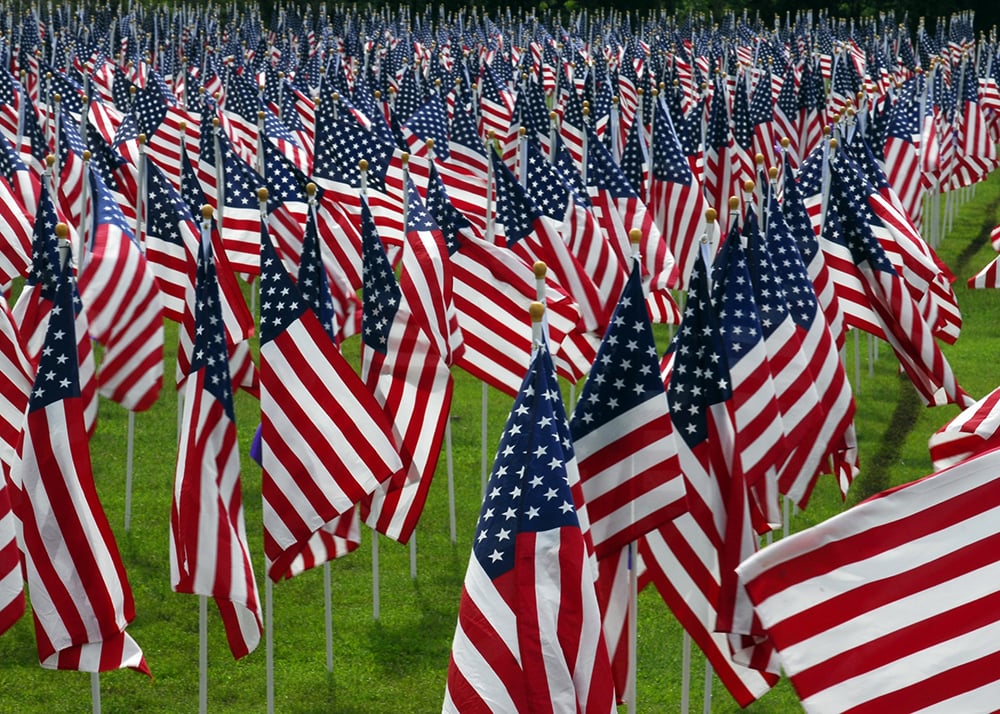 Whitehead and Perry’s research indicates that 32% of Americans only somewhat endorse the values fueling Christian nationalism — they believe the government should favor the Christian religion or values and believe that America was founded as a Christian nation, but they don’t take action to support these ideas.

These are the Americans we want to bring back from the edge. Our coalition is hoping to reach them through a set of self study guides, group study materials and sermon resources, each designed to provide theological grounds against nationalism, racism and violence. It equips faith leaders to address the rise of Christian nationalism in their own communities.

We define Christian nationalism as “a cultural framework that idealizes and advocates a fusion of Christianity with American civic life.” The curriculum challenges the notion that Christianity ought to be privileged by the government, citing a number of New Testament passages that demonstrate Christians are bound to Christ not by citizenship, but by faith.

It also offers a number of practical ways to push back on Christian nationalism. It teaches Christians to recenter themselves on the teachings and example of Jesus of Nazareth and to work to rebuild relationships with those around them — especially those unlike them. It also calls on their common humanity, understanding that we are all children of God.

Broadly, the curriculum leads readers to reclaim Christianity and protect their faith from the trappings of nationalism. We plan to use our network of pastors and educators to publicize these lessons and ensure the curriculum’s implementation through paid ads, educational pamphlets, speaking engagements at Christian universities and more.

We have already connected with dozens of congregation leaders in conservative-leaning states who plan to utilize the curriculum in their own communities — including pastors in Texas, Georgia, Arkansas, Pennsylvania, Tennessee, Virginia and more. Christian nationalism may be on the rise, but many have already joined us in rising to meet this challenge. For the sake of our faith and for our country, it’s time Christians around the country recognize the responsibility they have to stem the tide of Christian nationalism.