(RNS) — As an interfaith minister, the Rev. Erika Forbes guides people contemplating abortion. She said she doesn’t tell women what they should or shouldn’t do, instead she listens and reflects to help them make their own decision.

“It is critical that clergy provide a safe space for a woman to come and discuss her emotions, her views on her religion and how it might impact,” said Forbes, who works as a faith and outreach manager for the Texas Freedom Network.

“As a minister, as a person of faith, as clergy, as any religion, our job is to be available to people to shepherd them, to support them,” she said. “If you’re not doing that … then you are really practicing spiritual malpractice.”

That’s why Forbes fears how a new Texas law allowing any person to sue those who help a woman get an abortion would impede her ministry.

The law, known as S.B. 8, is supposed to take effect in September and bans abortions as early as six weeks of pregnancy, which, critics argue, is before many women even realize they are pregnant. Under the law, anyone who successfully sues a person associated with such an abortion would be awarded a minimum of $10,000.

This can affect anyone from the physicians who perform the abortion to clergy who counsel or assist an abortion patient, abortion advocates say.

To try to stop this law, Forbes, along with physicians and clinics, filed a federal lawsuit on Tuesday (July 13), asking the U.S. district court in Austin to overturn the law, as well as for an injunction that would stop it from taking effect. They are being represented by the Center for Reproductive Rights, Planned Parenthood Federation of America, the American Civil Liberties Union and others.

Abortion providers and clinic staff could face endless lawsuits that consume their time and resources and could ultimately force them to shut down, advocates say.

There are other states that have laws that would ban abortions after a fetal heartbeat can be detected, which, with advanced technology, can be as early as six weeks of pregnancy. However, federal courts have mostly blocked states from enforcing such measures. While a flutter can be detected, the embryo doesn’t have a heart and isn’t termed a fetus until the 11th week of pregnancy, medical experts say.

The Texas ban, however, “is unlike any other because this ban can be enforced by any member of the general public,” said Marc Hearron, senior counsel for the Center for Reproductive Rights, during a press call on Tuesday.

“Put plainly, Texas politicians have put a bounty on anyone who provides an abortion or so much as helps someone pay for an abortion after six weeks of pregnancy,” Hearron said. “We’ve never seen a law like this.”

Support networks for people seeking abortions, Hearron said, “could be intimidated out of helping them due to fear of being sued,” he added.

Hearron said it’s no mistake the Texas Legislature ensured this ban be enforceable through private lawsuits, rather than by government officials.

“They think that by doing so, they can prevent their unconstitutional ban from being blocked in court. Their strategy is to create a situation where there is no state official to sue for an injunction before the law takes effect,” Hearron said.

“If that strategy were to succeed, other states could use this as a blue print to eviscerate any number of their citizens’ federal constitutional rights,” he added. “We are asking the court to reject it.”

Defendants in the lawsuit include every state court trial judge and county clerk in Texas who could enforce the ban, as well as the Texas Medical Board, the Texas Board of Nursing, the Texas Board of Pharmacy, the state attorney general, and the director of Right to Life East Texas, Mark Lee Dickson, who on Tuesday posted on Facebook that: “The only thing more ridiculous than this lawsuit is the fact that we have people, right here in Texas, who are fighting to end the lives of innocent unborn children.”

Joining the plaintiffs is the Rev. Daniel Kanter, senior minister of First Unitarian Church of Dallas, who provides pastoral care and private counseling to women as they make decisions about abortions. Kanter also founded a multi-faith volunteer chaplaincy group that serves the Southwestern Women’s Surgery Center in Dallas.

Through this work, Kanter said he engages in many types of conversations about abortion, such as whether a person should have the procedure. Among those he’s counseled are anti-abortion advocates who have needed an abortion for medical reasons, he said. 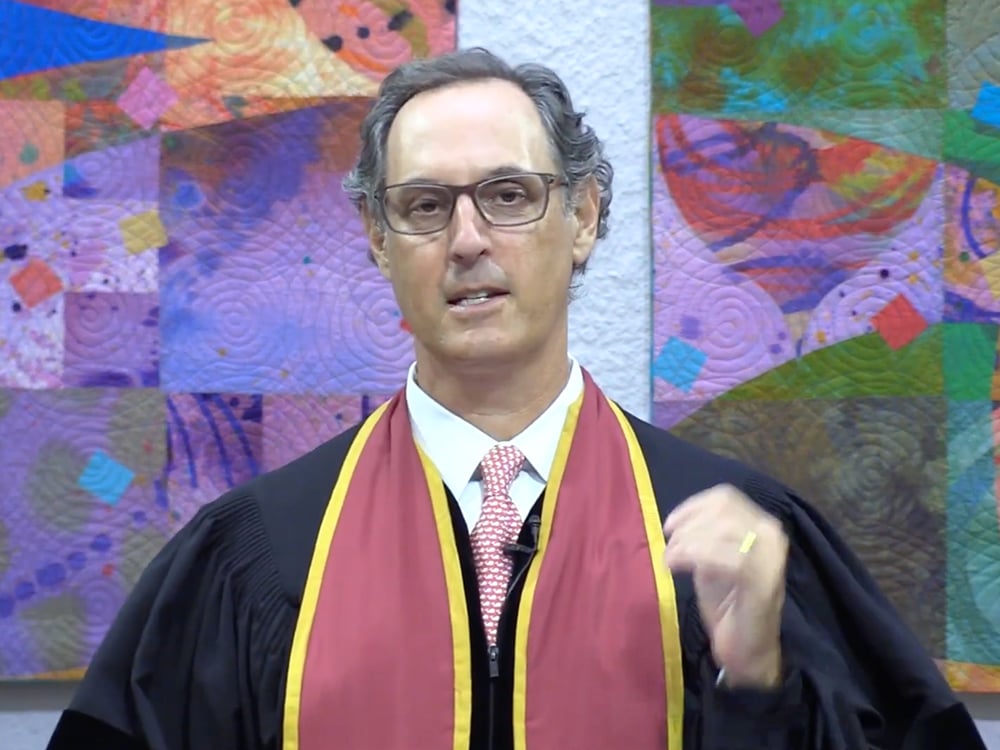 “The thing that a lot of people miss is that this is a complicated life decision and it doesn’t discriminate against anybody — people who are anti-abortion activists to people who are just trying to get through their lives,” Kanter said.

Many people have theological questions, Kanter said, such as “Does God love me?” Those are questions suited for clergy engagement, he said, especially since “there’s been a lot of shame put on women around their bodies from the church, from sexuality to abortion.”

Added Kanter: “The real religious issue is how we are compassionate leaders who pay attention to the challenges people face in their lives, to be that listening ear is part of our jobs.”

If this law takes effect, Kanter said there’s a real possibility he can get sued.

“It’s possible that whether a clergy person is for or against abortion, any discussion leading up to a family making a decision to have an abortion, (we) could be sued because we don’t control what happens when the members of our communities leave our care,” Kanter said.

“If we as people of faith want to remain free of interference from the government, S.B. 8 should worry us beyond what we think is right or wrong about abortion,” he added.

For the Rev. Amelia Fulbright, pastor of the Congregational Church of Austin, the Texas abortion ban infringes on her religious freedom. The conversations with those she counsels are “private and sacred in a way,” she said.

“The thought that if someone found out I even had a conversation with someone that ultimately chose an abortion and then they can sue me, to me, it violates my religious freedom as a pastor. It violates the autonomy of the person I’m counseling. It just feels like a real invasion of that sacred pastor parishioner kind of relationship,” Fulbright said.

“My goal in any pastoral care situation, especially around reproductive health and decisions about whether to have children, is I’m really trying to help the person discover for themselves what they think is right and true,” she said.

Whether or not the law takes effect, Fulbright thinks others like her “will continue to provide pastoral care according to our conscience.”

“Even though that’s a bit scary.”