Marie Kondo, left, in a scene from her new Netflix show. Photo by Adam Rose/Netflix © 2021

Kondo markets herself as an international expert on “the life-changing magic of tidying up,” dubbed the KonMari™ method. Kondo instructs her clients to dump everything they own onto the floor and touch each item to gauge whether it “sparks joy.” If it does, keep it and put it where it belongs. If it doesn’t, discard it guilt-free. She promises this process will transform your home into a sacred space and your ideal lifestyle into reality.

Some Western commentators have dismissed Kondo’s approach to decluttering as “woo-woo nonsense.” Others have defended it as rooted in Japanese cultural tradition glossed as “Shinto animism.”

But attempts to KonMari Kondo herself by categorizing her and fitting her into a box are a gross oversimplification. Worse, scholars of religion and media in the Pacific, like Jolyon Thomas and Melissa Borja, warn that they reproduce dangerous stereotypes.

If we can’t reduce Kondo to a “monster,” out of touch with reality, or an Asian sage come to save us from consumerism, then what is she?

The answer, like the history of religion in Japan, is complicated. Kondo is the latest successor in a long line of professionals in the “spiritual business.” As such, she offers a variety of practical solutions to meet her clients’ spiritual needs. And what sparks joy for Kondo and her “Konverts” is not an allegedly singular Japanese tradition like Zen or Shinto (though she’ll sell you those, too). Rather, it is access to the sum total of the “spiritual world.” 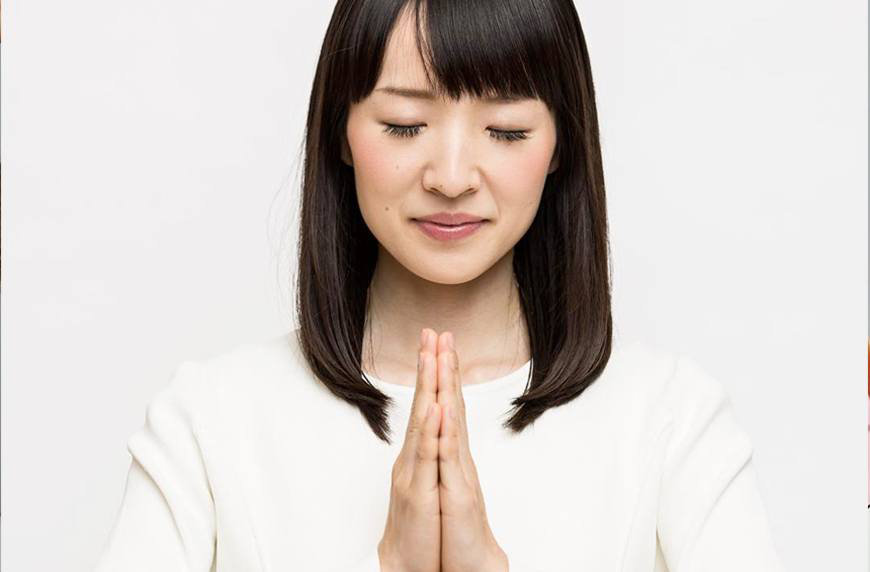 Global influences on religion in Japan are nothing new, but spirituality and New Age movements have had a significant impact since the 1980s.

Kondo does not market her KonMari method as being “spiritual” per se. In her book “The Life-Changing Magic of Tidying Up,” she touts the “magic” of the KonMari method as being much more practical and effective than “fengshui or power stones and other spiritual goods.” And yet, this is exactly the kind of strategic comparison spiritual professionals make to market their services. Kondo’s ambiguous spiritual edge also separates her from other organization consultants.

Kondo dedicates a section of her website to “rituals” that exemplify the “KonMari lifestyle.” You can watch Kondo live her charmed life, enriched by “heritage and tradition,” in bite-size blogs and videos. Many installments like ikebana flower arrangement and tea ceremony come fresh out of the “traditional Japanese culture” packaging.

But we can’t overlook the fact that videos in which Kondo “greets” her house in “Shinto-inspired” fashion appear next to guided meditations involving quartz crystals and tuning forks. The ideal KonMari lifestyle is presented as one in which we adopt and adapt whatever practices “feel right.”

One such ritual post encapsulates how Kondo positions herself in the global spiritual and wellness markets. “6 Ways to Purify Your Space” begins with the premise that intangible, invisible forces affect us. As a result, we need to make purification a daily ritual. Air, energy, stress — it’s left unclear what exactly these rituals purify. The piece refers to Shinto purification rituals called harae, such as cleansing one’s hands and mouth before entering a shrine, as acts that “represent becoming one with the natural world” and ensure a sacred atmosphere. 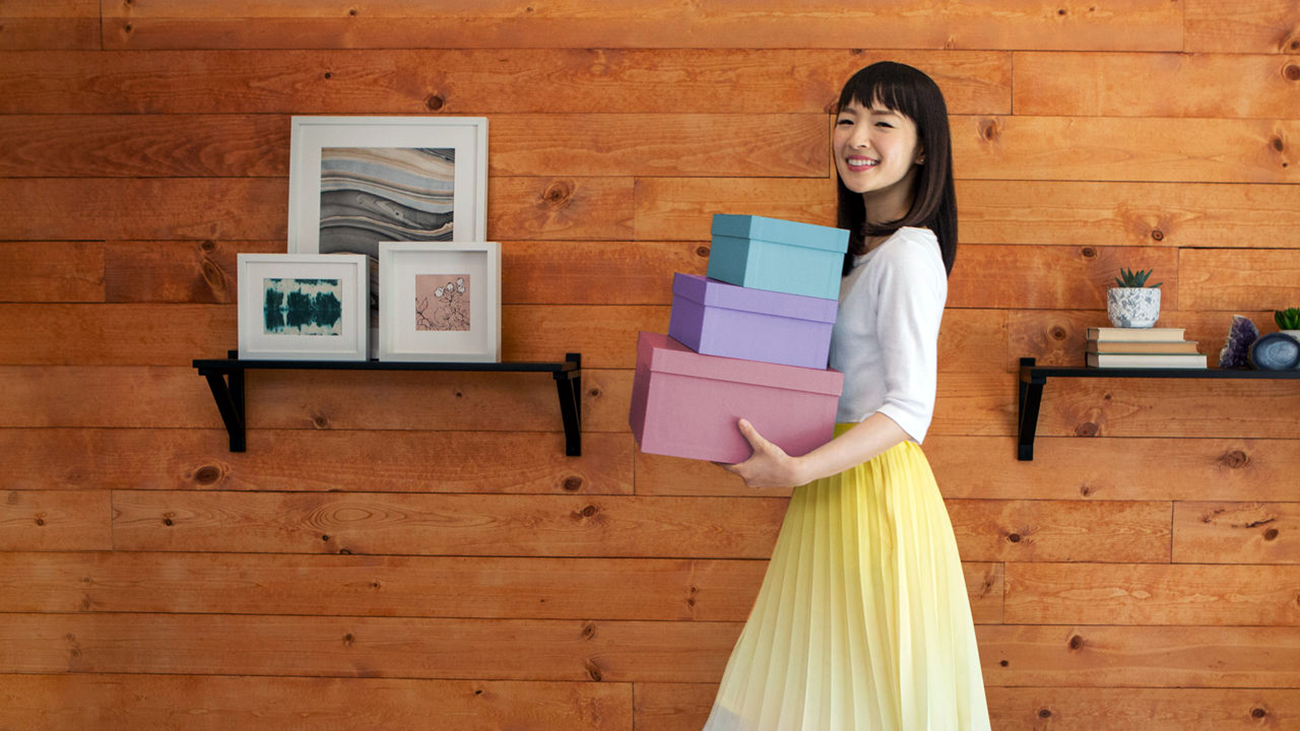 Marie Kondo for the Netflix show “Tidying Up.” Photo courtesy of Netflix

But the first purification practice doesn’t involve Shinto materials like water or salt. Instead, we discover Kondo loves burning palo santo, a “holy wood” used for ritual purification and healing in South America. In fact, salt is the only material listed related to Shinto. The others — incense, tuning forks, essential oils and fresh air — form an eclectic set of methods to mix and match.

To be sure, Kondo describes aspects of her spiritual brand as inspired by Shinto. Commentators often refer to Kondo’s experience working as a shrine maiden at a local Shinto shrine. (For the record, this is a common part-time job for high school girls in Japan.) Kondo includes the right amount of Japanese cultural appeal — including miniature Zen gardens and tenugui hand towels — to stand out from the other home organizers, spiritual professionals and wellness gurus who also offer incense and water bottles with crystal cores.

Untidiness is the secret to the KonMari experience. It is also the reality of religion in Japan. When we equate Japanese culture with Shinto (or Buddhism, for that matter), we fail to recognize the diversity of Japanese spiritual practices, which encompasses auras and past lives as much as shrines and temples. And not only that: We fail to recognize the messiness of our own global appetites.

(Kaitlyn Ugoretz is a PhD candidate studying the globalization of Shinto through digital media at the University of California, Santa Barbara. She is also the host of the educational YouTube channel Eat Pray Anime, which explores religion through Japanese popular culture. The views expressed in this commentary do not necessarily reflect those of Religion News Service.) 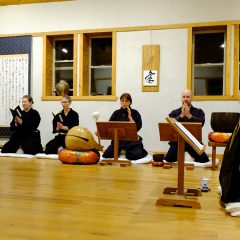