MUMBAI, India (RNS) — Arif Hussain Theruvath used to fast during Ramadan, studied in a madrassa in the southern state of Kerala, followed fundamentalist Islamic preachers online and prayed five times a day. But over time, he grew disillusioned with Islam, and he officially came out online as an “ex-Muslim” in 2019.

“I left Islam for two reasons: Slavery is still accepted in the religion,  and when you look at the way it treats women, it’s horrible,” said Theruvath. (Whether slavery is practiced in any Islamic countries today is a point of dispute.)

His rejection triggered consequences. His wife left him and he can’t see his children. But Theruvath, 35, doesn’t regret the decision and has now become an active part of the Ex-Muslims of Kerala Facebook community spun off from a broader atheist group in 2019. He participates in online discussions and puts out YouTube videos criticizing the religion.

“In Kerala, we have had a strong rationalist movement for the past several years,” he said. “And social media has given us more opportunities to network and find each other. Leaving a religion may make you a black sheep, so you need confidence and support to do that.”

Theruvath’s is one of at least three such online groups to have sprung up in India in the past five years. Set up in 2019, the Ex-Muslims of India group, which was meeting in Hyderabad before the pandemic struck, has about 100 members, who were admitted after a vetting process. An Ex-Muslims of Tamil Nadu group of about 300 members has been active since 2016.

“In India, Muslims are focused on mostly survival issues, but Muslims educated enough to read Dawkins and other rationalists are certainly questioning what they see as contradictions in the Quran and other theology,” said Sultan Shahin, founding editor of New Age Islam, a progressive Islamic website. “I would say the internet is doing to Islam what the printing press did to Christianity … so thinking Muslims are exposed to all sorts of ideas from across the world.”

At least 138 million Muslims live in India, constitutionally a secular country, but one where outspoken atheists and rationalists have often been attacked by right-wing groups. In 2017, H Farook, a Muslim-born man, an atheist and member of the Ex-Muslims of Tamil Nadu group, was killed in what appeared to be retaliation for his outspoken views. 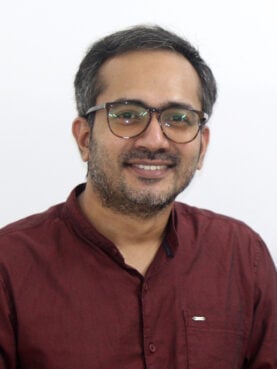 Theruvath and MR Shahabas of the Tamil Nadu group say many of their members are online under fake names, afraid to come out publicly. Shahabas said Farook’s death set them back but they were trying to regroup.

“Ex-Muslims live in greater fear of their society than do rationalist Hindus,” said Shahin. “Atheism is an accepted part of Hinduism; not so, Islam. Among Hindus, problems arise when Hindus publicly propagate against some irrational beliefs or cultural practices. Among Indian Muslims, mere expression of unbelief may lead to charges of apostasy and social boycott.”

At the very least, it could lead to arguments with loved ones, being disowned or straining relations with family.

People across religions have always debated and doubted their beliefs, but the term “ex-Muslim” gained currency in the 2000s, when some Muslims felt motivated after 9/11 to distance themselves from extremist factions. In 2007, after the formation of an ex-Muslim council in Germany, the international social movement began to find roots in the West.

A Pew Research report published in July of this year found that 6% of Muslim-born Indians surveyed did not believe in God. But only a tiny minority actively identify as ex-Muslims in India, a term that is relatively new in the country. Those who do, use the label for a variety of reasons — some are disillusioned by the texts, while others are turned off by hard-line clerics or religion in general.

“It feels like I am free, free to think what I want and believe in anything,” said Tauseef Ahmad, 19, a college student in Patna in northern India who started to reject religion in his earlier teens and joined an online group recently. “I would ask, how is this religion so hypocritical?” 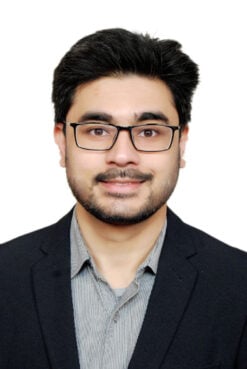 While some ex-Muslims were deeply observant once, others were never especially religious. Many left after a gradual process of reading and debate. “Initially when I had doubts about my faith I was scared and tried to suppress it,” said Saquib Mohammed, 31, a Rajasthan-based mathematician and teacher. His family was not devout, so they were surprised when he turned observant after starting college — sporting a beard and skullcap, reading the Quran and praying up to eight times a day. The phase lasted about six years. “The more you read and study, if you are rational, the more you will want to get out,” said Mohammed. “I was studying science. I knew how it worked.”

Ex-Muslims are driven by a particular need to articulate their disentanglement from their religion and not simply turn atheist.

“Because the Muslim identity itself has a stranglehold on you and is present in every aspect of your life, so you want to dissociate from anything related to Islam,” said Hina, founder of the Ex-Muslims of India group, who goes by a pseudonym as she is not out to her family.

Her initiative to build a community stemmed from such circumstances. “We needed a place to belong, a safe space to be ourselves,” she said. When she first started to question things, she thought she was alone. “It was an isolating journey. I didn’t know anyone else,” she said. “When I met others, I felt more secure in my thoughts and identity.”

India has had a history of rationalist movements, but atheism is not officially recognized — only 33,000 people declared themselves as atheists in the last census. Still, rejecting religion is not a crime, unlike in some Muslim-majority countries with apostasy laws.

“India is comparatively safe because the state does not prosecute us,” said Hina. But, she said it was “a frustrating and invisibilizing position to be an ex-Muslim in India.” That’s especially the case today, in a country being ruled by the Hindu-right Bharatiya Janata Party.

“Muslims won’t accept us and the Hindu right wing sees us as an opportunity to put down Islam and Muslims,” she said. “It’s frustrating because we don’t identify with them.”

This is a peculiar problem to Indian ex-Muslims: having to assert their distance from the Hindu right and facing pushback from both liberals and those who say now might not be the right time to criticize Islam, given that its followers in India are an insecure minority.

“We face allegations that we are funded by the Sangh Parivar (Hindu right),” said Theruvath. “We are against Islam; we are not against Muslims. The same way, we criticize Hindutva (Hindu nationalism), but we are not against Hindus.”

Being an ex-Muslim does not, however, insulate these men and women from casual Islamophobia and the baggage of carrying Muslim names. The world sees them as Muslims.

“Renting a house was difficult, dating non-Muslim girls was not easy, and I am sometimes wary for my safety,” said Mohammed.