LOS ANGELES (RNS) — The Breed Street Shul, once considered an epicenter of Jewish life in the western United States, has been granted $14.9 million in state funding to renovate its century-old buildings.

California legislators said the state budget allocation will help transform Breed Street Shul — heralded as the religious and cultural anchor of the early Jewish community in the Eastside of LA — into a shared multipurpose space that will honor the area’s Jewish and multicultural history as well as the current neighborhood’s mostly Latino residents.

The shul, which encompasses two buildings in the Boyle Heights neighborhood, is listed in the National Registry of Historic Places and is the last of the Eastside synagogues to remain open after postwar-era population shifts.

Other legislators at the event were state Sen. Bob Hertzberg and Assemblyman Miguel Santiago, who represents Boyle Heights and is a member of the California Latino Legislative Caucus.

To Gabriel, who now represents the west San Fernando Valley and whose immigrant parents came to Boyle Heights, the shul is a “reminder of our shared immigrant history.”

Breed Street Shul’s Orthodox congregation was established in 1904, with members initially gathering in homes, according to the Los Angeles Conservancy. In 1915, they purchased the lot where the shul stands today, which they used for Torah study and to house a school while they continued raising funds for a larger synagogue, as detailed by the “Jewish Histories in Multiethnic Boyle Heights” virtual exhibit. In 1923, the new Breed Street Shul opened, with membership reaching more than 400 families. 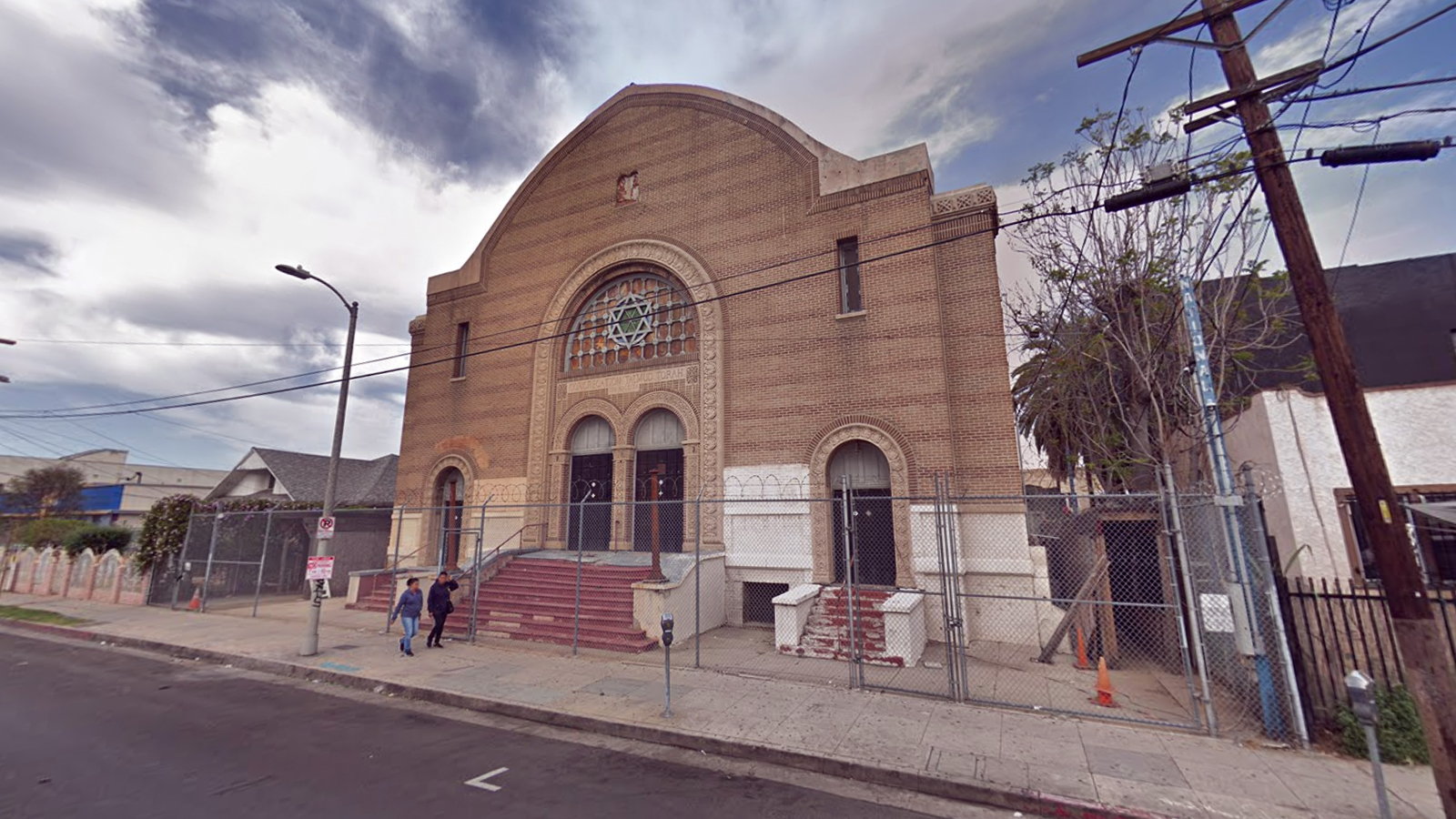 About 40% of Boyle Heights’ population was Jewish through the 1920s and ’30s, according to the Los Angeles Conservancy. While more upwardly mobile Jews established themselves in Hollywood and the Westside before World War II, Boyle Heights’ Jewish community was made up of mostly working-class families from Eastern Europe.

Boyle Heights is also where many Japanese, Armenian, Italian, Mexican, Russian and African American families settled through the years. The area is now recognized for its Chicano and Mexican identity and culture.

“Many people hold fond memories of growing up in this neighborhood and some of them belonging to the shul,” Stephen J. Sass, founding president of the Breed Street Shul Project, said at the event. “When the shul was built, it was built by working-class immigrants. … They were of modest means, but yet they came together to make this happen to share community together.”

The shul sustained damage in the 1987 Whittier Narrows earthquake, and vandalism and neglect contributed to the synagogue holding its final services in 1996.

The funds, Sass said, will help create a shared workspace for nonprofits, a performance and events venue and a gallery space to highlight the history of Boyle Heights as a “port of entry for many different immigrant groups.”

Some, however, are concerned about how funding for the Breed Street Shul will be handled.

Shmuel Gonzales, a Boyle Heights historian, said the funding could be transformative for both the Jewish and local Chicano communities “if followed through to creating a fully functioning community center to serve our current neighbors.”

Gonzales told Religion News Service he’d like the restoration project to be transferred to a better-funded organization. The shul, he said, has been neglected over the years without regular opening hours or programming.

“I do hope that significant time and effort will be invested into building strong relationships with residents and to ensuring that the money will be used responsibly, efficiently and equitably so that the building can once again serve as a hub for community life in the neighborhood,” Luce said.