(RNS) — At Hopwood Christian Church near Elizabethton, in eastern Tennessee, many in the congregation hoped the worst of the pandemic might be over by mid-summer.

But on Aug. 8, with cases rising again in their area, the church went back to worshipping in its parking lot. While most adult members are vaccinated, the decision was driven by concern for their children.

Since lockdowns began last year, warnings about singing spreading the virus have meant that the church’s children’s choir has not met. Sunday school and other kids’ activities — except for some 15-minute get-togethers with their teachers — have been conducted online, though they hope to reevaluate whether to return to meeting in person in the coming weeks. 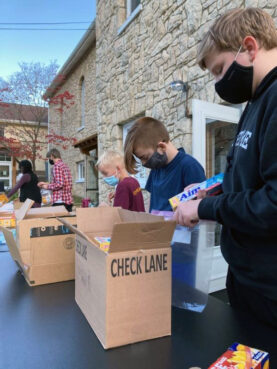 But the return to in-person school in many communities across the country is changing the calculus, and many houses of worship are suddenly grappling with whether children — especially those under 12 who do not have access to a COVID-19 vaccine — should be exposed to adults, vaccinated and unvaccinated.

An ecumenical guide released in June in English — a Spanish version appeared Aug. 10 — suggests that younger congregants require particular caution: “We still need to maintain physical distancing in public worship for the sake of children and others who may be unvaccinated.” 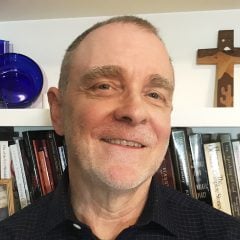 The Rev. Ed Phillips, co-convener of the Ecumenical Consultation on Protocols for Worship, Fellowship, and Sacraments, said he and other members of the consultation that produced the guide think mask-wearing by all in a congregation — including the vaccinated — reduces alienating the youngest members.

“If children have to be masked because they’re not able to be vaccinated, in any kind of setting, and the adults aren’t, it’s just a sort of segregation that we’re trying to avoid,” said Phillips, who teaches about Christian worship at Emory University’s Candler School of Theology.

“For the sake of fellowship and just solidarity in the community, we’re recommending for the near future, until we get an all-clear, that we continue to wear a mask in any kind of public gatherings we have in congregations.”

But separating kids in some other ways appears to be a choice many houses of worship are making.

At Bethel Missionary Baptist Church in Tallahassee, Florida, the congregation has announced that it will reconvene its virtual Sunday school on Saturday (Aug. 21) instead of holding it in person on Sundays, due to the increase in COVID-19 cases in its state. 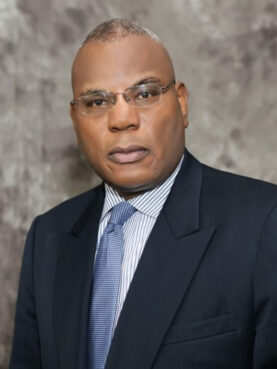 “I didn’t bring our kids out in the midst of this beast called COVID-19,” said its pastor, the Rev. R.B. Holmes Jr., who has chaired a statewide task force of Black pastors, colleges and medical professionals to increase access to vaccines for people of color across Florida.

In Columbus, Ohio, the upswing in the delta variant prompted Guru Nanak Religious Society, a Sikh congregation, to continue holding its Sunday school online, even as many adults have returned to in-person services. Children gather via Google Meet to sing the poetic passages of Guru Granth Sahib, the Sikh Scriptures, set to Indian classical music.

Adults are often on hand to help with pronunciations of the passages, which are in Gurmukhi, a script of the Punjabi language. Guramrit Singh said his two children practice during the week with compositions and written notations their teacher sends via WhatsApp and in turn send the teacher a recording back so he can correct them. 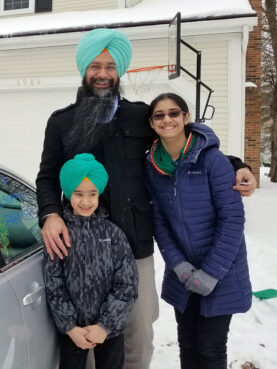 Singh, a professor of molecular genetics who understands more than most how and why coronavirus is evolving, said the group of teachers at his gurdwara believe helping kids at home for now is how “we can do our share.” He said they’ll reevaluate in a few months whether to continue online or return in person.

But, he notes, the adjustments aren’t always easy for the children. His 6-year-old son was just beginning to appreciate the Sikh faith’s emphasis on service to others. He has been wanting to help out serving or cleaning in the kitchen, from which Sikhs provide a free community meal after Sunday services.

According to Singh, “Two or three months ago, he was asking, ‘Will we ever be able to go back to gurdwara?’”

Other congregations are including a limited number of children among those  permitted during worship services.

Hindu services at Ganesh Temple in Queens, New York, are held for a maximum of 50 people who must wear a mask, wash their hands with soap and water or hand sanitizer and submit to a temperature check before entering.

But classes at the temple’s weekend school, or Pãtašãla, which include aspects of Hindu culture such as religious, folk and classical songs, are now primarily online, said Ravi Vaidyanaat Šivãchãriar, the Hindu Society of North America’s director of religious affairs.

He said the time slots for small children, who may be less attentive than their older peers, have been broken up into smaller-sized classes so they can learn better under the virtual circumstances.

Jana Magruder, director of Lifeway Kids, a division of the Southern Baptist Convention’s Lifeway Christian Resources, said that indications are that many congregations are preparing to use its materials for in-person Sunday school this fall. But she expects the demand for LifeKids’ “The Gospel Project for Kids at Home” to remain high during autumn.

“There’s been a lot of extra time to be able to sit down and do family devotionals, going through a Bible study together or reading the Bible with young children,” said Magruder, author of “Nothing Less: Engaging Kids in a Lifetime of Faith.” “That’s been a sweet benefit of being at home more.”

Ross, of Hopwood, said it’s been challenging to create new forms of ministry for its younger members, but he continues to offer pastoral advice about resilience.

“We’ve certainly experienced folks in our church who really appreciate the wisdom of treating this very cautiously,” he said. “They realize that that comes out of a deep concern for their kids’ health, so we’ll continue to follow the science, and we’ll continue to minister to the whole person.”

RELATED: In a summer of pandemic, Vacation Bible School programs go online and outside