(RNS) — Franklin Graham, who has been sharply critical of President Biden’s pullout from Afghanistan, has called for a day of prayer for the people of Afghanistan on Sunday (Aug. 22).

Graham, the president and CEO of Samaritan’s Purse, the international Christian relief and evangelism organization, as well as the Billy Graham Evangelistic Association, said the situation in Afghanistan is dire.

“There is no hope for these people to get out safely — apart from a miracle from the hand of God — and that’s what we need to pray for,” said Graham.

RELATED: Franklin Graham borrows a tactic from the left with his Saturday prayer march

He was joined in his call for prayer by his youngest son, Edward, who is now working for Samaritan’s Purse and served in six combat deployments with U.S. Army Special Operations Forces in Afghanistan.

“I spent years there and lost many friends,” said Edward Graham. “There are many Afghan people that I love. This is a manmade disaster and there isn’t a person or an organization that can fix this. Only God can deliver us from this crisis.” 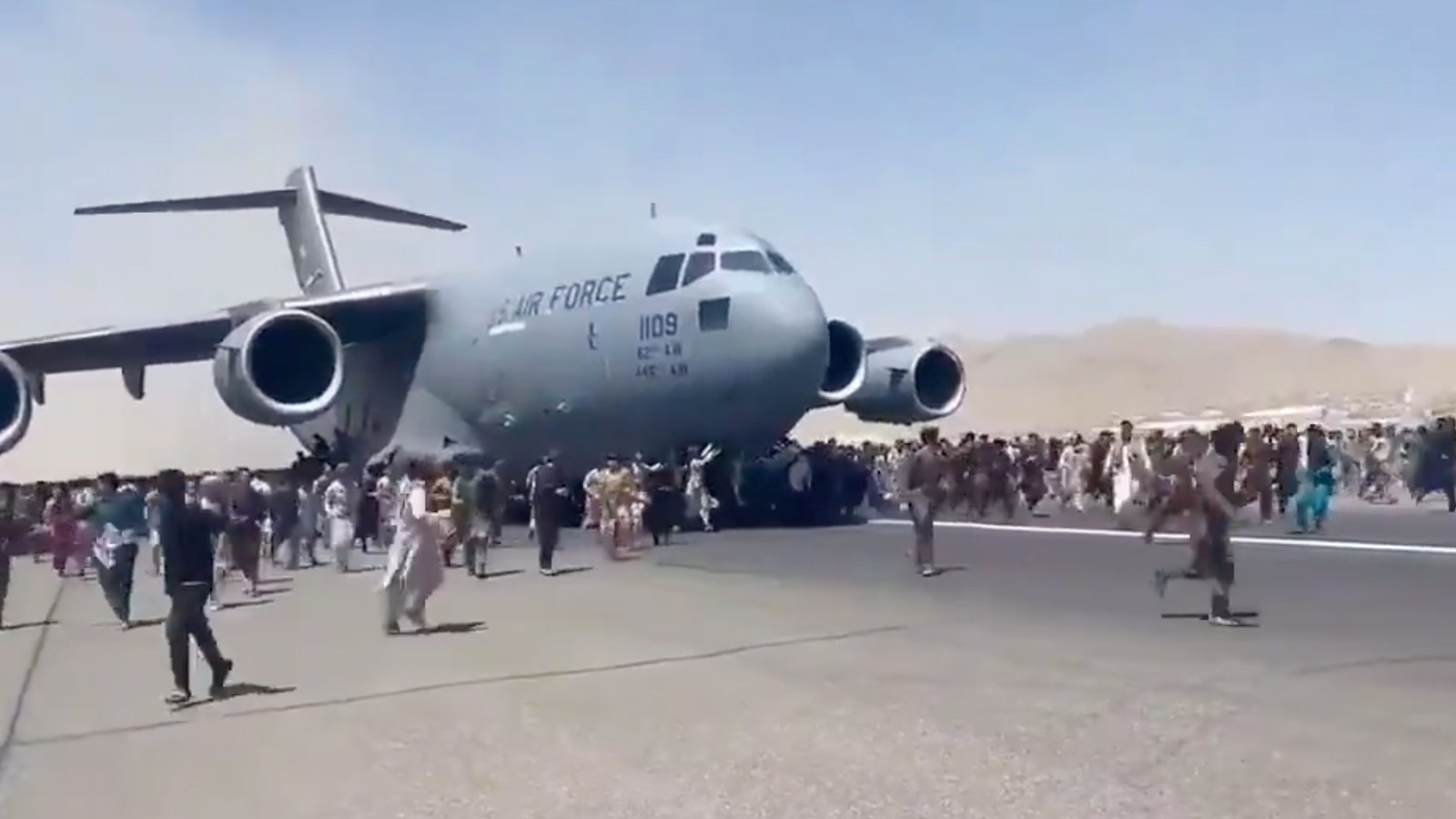 Hundreds of people run alongside a U.S. Air Force C-17 transport plane as it moves down a runway of the international airport, in Kabul, Afghanistan, Aug. 16, 2021. Thousands of Afghans rushed onto the tarmac at the airport, attempting to flee the Taliban. Video screengrab via Twitter/@Mukhtarwafayee

This is not the first time the evangelical preacher has called for prayer. Prior to the 2020 presidential election, he organized a mass prayer march from the Lincoln Memorial to the steps of the U.S. Capitol. He has done so on numerous other occasions.

Graham, a frequent White House guest and sometime adviser to former President Donald Trump, has sharply criticized the chaotic evacuation of troops, personnel and others helpful to the 20-year war effort from Kabul, the capitol.

He then criticized what he said was a lack of planning for safely evacuating Afghans and others, especially Christians. FILE – In this May 7, 2020, file photo, the Rev. Franklin Graham, president and CEO of Samaritan’s Purse, sits for a portrait at his group’s field hospital in New York’s Central Park. (AP Photo/Jessie Wardarski, File)

“The blood of this nation will be on the hands of the Biden/Harris administration,” Graham wrote. “And on top of these tragedies—how can any country in the world trust America now? Our enemies are laughing at us. May God have mercy on the United States of America.”

Samaritan’s Purse is partnering with other groups that are working to help people get out of the country. It was not clear immediately what exactly the group was doing there.