WASHINGTON (RNS) — The leader of the far-right extremist group Proud Boys has been sentenced to five months in jail for setting a historic Black church’s Black Lives Matter banner on fire in December and possessing high-capacity firearm magazines when he returned to Washington days before the Jan. 6 insurrection.

According to The Associated Press, Proud Boys leader Enrique Tarrio told the court he was “profusely” sorry for his role in burning a sign owned by Asbury United Methodist Church, a historic Black church founded in downtown Washington in 1836, describing his actions as a “grave mistake.”

Federal prosecutors reportedly argued that Tarrio, 37, initially bragged about his role in the sign burning on social media, declaring: “I’m damn proud I did it!”

Tarrio also reportedly pleaded guilty to attempting to possess a high-capacity gun magazine. A spokesperson from Washington’s Metropolitan Police Department told Religion News Service in January that two such magazines were found in Tarrio’s possession when he was arrested shortly after returning to Washington ahead of the Jan. 6 insurrection.

The burning of Asbury UMC’s sign was one of several similar incidents that occurred in early December, when throngs of supporters of then-President Donald Trump descended on the city to protest the outcome of the 2020 election. Rallies were held throughout the day on Dec. 12, including a faith-themed “Jericho March.” 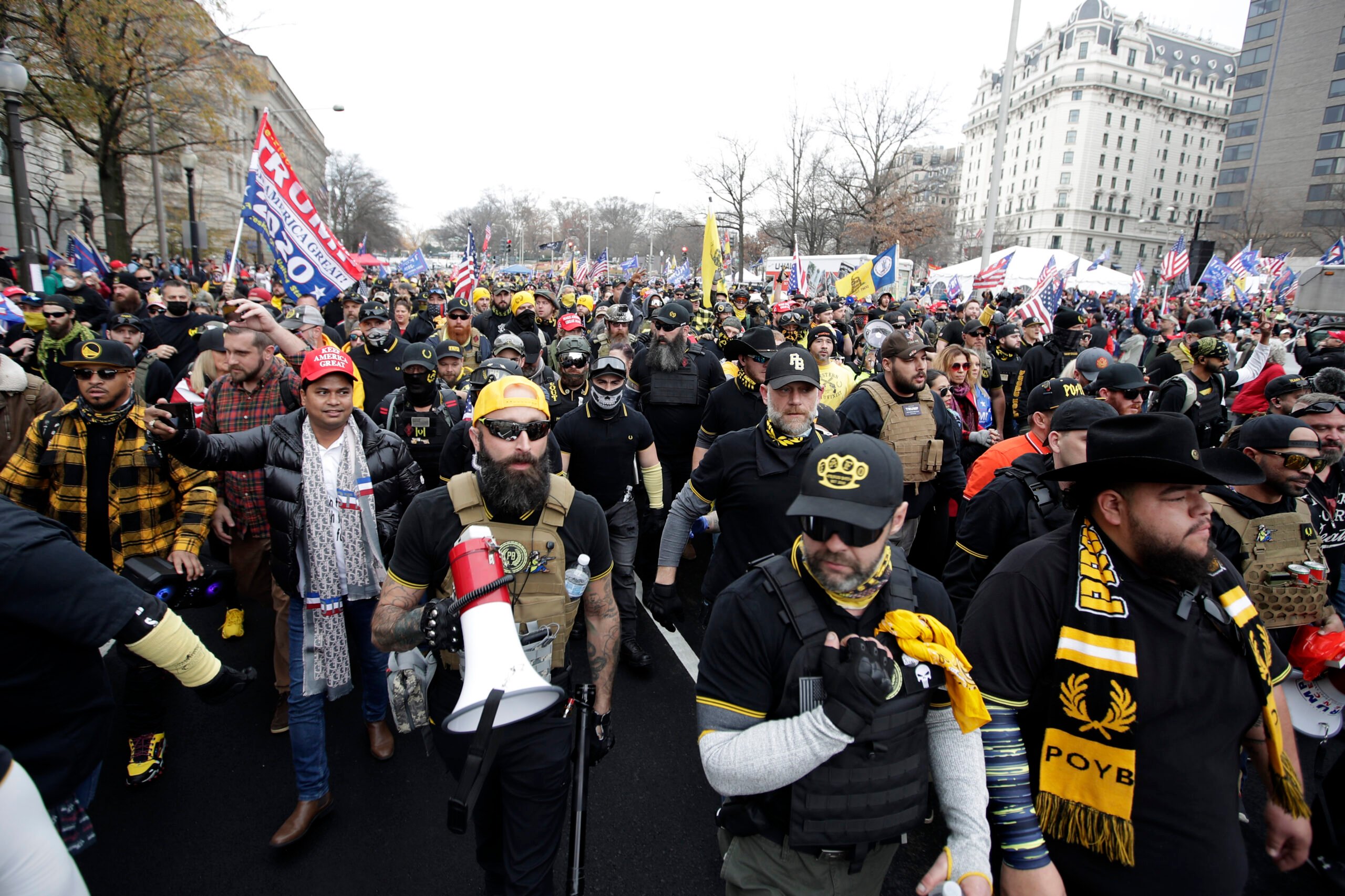 Later that evening, at least three men who spoke at the Jericho March addressed a crowd outside Washington’s J.W. Marriott Hotel, and one — prominent conspiracy theorist Alex Jones — shouted prayers for Proud Boys as they left, with Jones praising them for processing off to “take this city’s streets back.”

Things promptly took a violent turn: Video footage showed men adorned in the distinctive black and yellow clothing of Proud Boys, who are classified as a hate group by the Southern Poverty Law Center, scuffling with counterprotesters and tearing down the signs of multiple churches — three of which were emblazoned with the Black Lives Matter slogan.

Clips posted to Twitter also showed the men burning a Black Lives Matter sign that bore Asbury’s church logo. The men celebrated while dousing the sign with what appeared to be lighter fluid, cheering as the flames rose higher.

“For me it was reminiscent of cross burnings,” the Rev. Ianther M. Mills, Asbury’s pastor, said at the time.

Police initially said the incident was being investigated as a potential hate crime, although no hate crime charges were filed against Tarrio.

Another historic Black church, Metropolitan AME, sued the Proud Boys for the destruction of its Black Lives Matter sign that night, accusing them of “engaging in acts of terror and vandalizing church property in an effort to intimidate the Church and silence its support for racial justice.”

All of the churches eventually replaced their banners, although some had to do so multiple times, as they continued to be destroyed or defaced by vandals.

Tarrio was arrested by police shortly after arriving at a Washington area airport on Jan. 4.

On Jan. 6, a group of Proud Boys, without Tarrio, was seen praying while kneeling near the U.S. Capitol. A short time later, members of the group were allegedly among the first insurrectionists to attack the building. At least 19 people connected to the group now face federal charges for their role in the attacks, including four charged with conspiracy.