(RNS) — Tom Flynn, former executive director of the Council for Secular Humanism and editor of Free Inquiry magazine, has died.

Flynn’s death was announced Monday (Aug. 23) by the Center for Inquiry, a nonprofit that strives to “foster a secular society based on reason, science, freedom of inquiry, and humanist values.” Described as a “colleague, teacher and friend,” Flynn had been affiliated with the center for more than 30 years.

RELATED: After giving up religion, atheists try giving something else up for Lent

“A stark rationalist and staunch atheist if ever there was one, Tom was nonetheless brimming with enthusiasm, curiosity, bold ideas, and perhaps most of all, humor,” the statement from the center announcing Flynn’s passing read. “He had a deep love and encyclopedic knowledge of freethought history and devoted himself to the preservation and rediscovery of American freethought’s great untold stories.”

A prolific writer, Flynn was known for his essays on atheism, religion and secular ideals, as well as his satirical science fiction novels, known as the Messiah Trilogy. He wrote “The Trouble With Christmas,” featuring the Anti-Claus, a character with a “humbug hat” that Flynn sometimes dressed up as. Tom Flynn gives a presentation on the Freethought Trail at the Center for Inquiry, Amherst, New York, Aug. 16, 2014. Photo by Monica Harmsen/Creative Commons

Flynn was remembered for his friendship, his dedication and his sense of humor.

“Tom didn’t believe in magic, but he was magical,” Robyn E. Blumner, president and CEO of the Center for Inquiry, said in a statement. “How else to describe this unlikely combination of brilliance, charm, vision, and roll-up-your-sleeves accomplishment?”

Edward Tabash, the chair of the Center for Inquiry, described Flynn as “our conscience against religious bigotry.”

“His razor sharp humor and wit were simply unmatched,” Tabash said in a statement. “The best way that we can honor Tom’s memory and all the magnificent work that he did is to continue to devote ourselves to ending religious bigotry anywhere and everywhere.”

In a 2017 blog post titled “What Secular Humanism Means to Me,” Flynn, who had been raised in a traditional Catholic home, described becoming a secular humanist as an act of emancipation.

“To my mind, the realization that existence is purely physical — not just that there’s no such thing as the supernatural, but that there’s no such thing as spirit next to which the physical world must come in second — may be the greatest emancipation of all. It frees me to cherish this life on its own terms,” he wrote. “No longer must I devalue my existence as the eye-blink prologue to some boundless perpetuity where, if only by dint of its incalculably greater scale, true significance must lie.”

Flynn also disagreed with those who believe morality is tied to religion. Humanists, he argued, are free to develop “a truly relevant morality, one rooted in the real world and in the physical and social consequences of life as humans live it.”

“For secular humanists, the obligation to live morally is in no way diminished; it is as real for us as it is for any believer,” he wrote. “But as secular humanists, we set the terms of what is moral using reason, compassion, common sense, and the wisdom of our species. Freed from the imperative to be on God’s side, we can finally take our own.”

Flynn is survived by his wife, Sue. 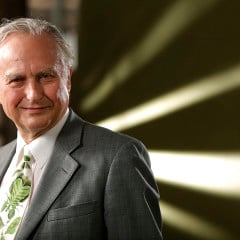 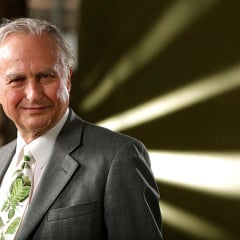 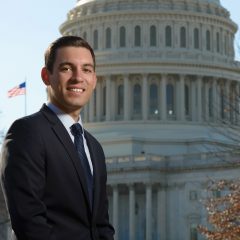