IQRIT, Israel (RNS) — In October 1948, less than six months after Israel declared its existence and with the ensuing war with Arab states about to reignite, Israeli troops occupied Iqrit, a village of 616 Greek Melkite Catholics in northern Galilee, near the Lebanon border. The village leaders didn’t resist — Iqrit’s priest even welcomed the troops, residents recall, with a Bible in his hand while chanting in Hebrew, “Welcome, children of Israel.”

A week later, the Israeli commander ordered the inhabitants of Iqrit to move southeast to the Arab village of Rameh “for two weeks until the security situation will allow them to return.” The residents left most of their belongings in their homes.

Thirteen miles away, the 1,050 mostly Maronite Catholic residents of Biram met a similar fate: They were ushered to Jish, three miles east, where they settled in the houses of the Muslim residents of the village who had fled because of the war.

RELATED: How Israel’s missing constitution deepens divisions between Jews and with Arabs

Two weeks has become 73 years. The residents of both towns are still waiting to return.

But in July, with a new coalition government in power in Israel, the local Melkite and Maronite bishops met in Haifa with parish priests and representatives of Iqrit’s and Biram’s community action committees to make a push to allow their people to go home at last. 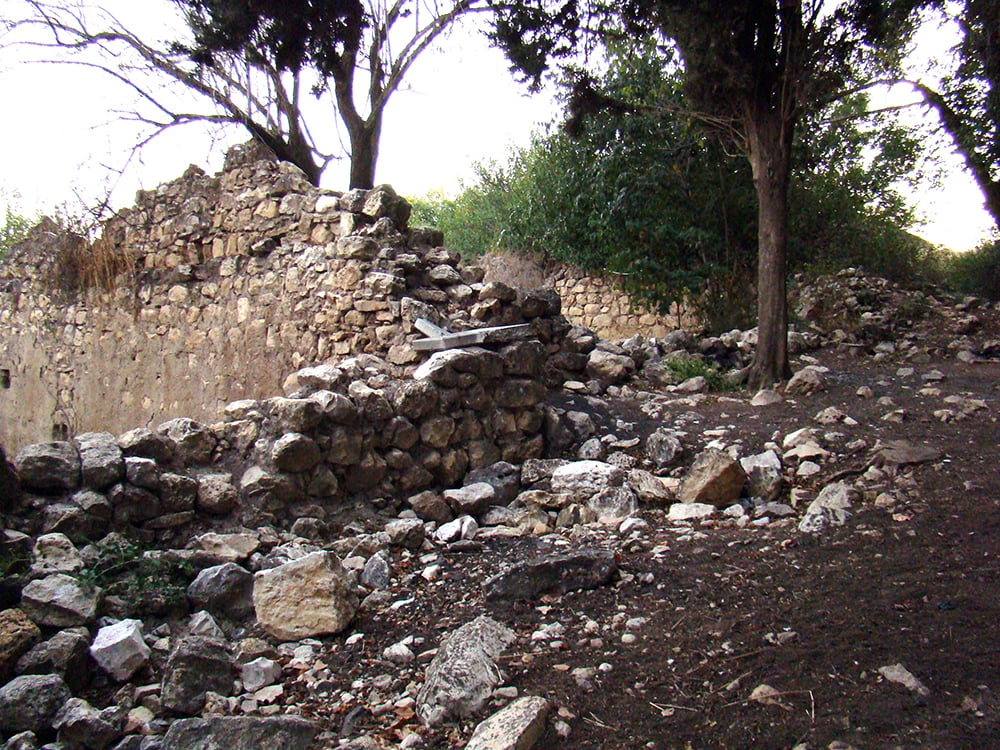 Ruins of the depopulated village of Biram in northern Israel. Photo by Anita/Creative Commons

Amid plans to stage protests and to lobby members of the Knesset, the Israeli parliament, Bishop Yousef Matta, the leader of the Melkite church in Galilee, announced at the meeting that a prayer would be said daily in each of the two villages’ abandoned churches to raise awareness about the villages’ histories and struggle for justice.

Bishop Musa Haj, patriarchal vicar of the Maronite Church in Jordan and in the Holy Land, quoted the Gospel of Matthew: “Ask and it will be given to you; seek and you will find; knock and the door will be opened to you.”

Wadie Abu Nassar, media adviser of the Catholic Bishops’ Council in the Holy Land, told Religion News Service that the Vatican “is aware and monitoring the case.”

As the townspeople fight for the legal right to return, they are also fighting the dissolution of their communities, as many of those who remember daily life in Iqrit and Biram are dead or elderly.

The towns themselves are largely already gone. In July 1951, Israel’s Supreme Court allowed the onetime residents of Iqrit to return, but the army first ignored the decision for months before demolishing the village on Christmas Eve, leaving only its church.

Biram fared no better. In a separate decision, the High Court denied residents’ request to return on a technicality. Two years later, the military sent bombers to destroy the hamlet as its families watched from a hill later called the “Wailing Hill.” Again, Biram’s church building was spared.

In 1968, natives of Iqrit and Biram were granted the right to be buried in their village, but large swaths of the towns’ land have been declared public parks; other portions became parts of new Jewish settlements. A recent wedding in the restored Maronite church in Biram, Israel. Photo by Bader Mansour

The towns’ action committees have appealed to the media, the courts and with Israeli officials and international celebrities, with little to show. In May 2013, second- and third-generation deportees settled in tents in the ruins of Iqrit, replicating a similar sit-in staged by their parents and grandparents in 1972. They were forcibly evacuated by Israeli authorities.

Meanwhile, they have kept the memory of their ancestral villages alive by holding summer camps in the villages, recording oral histories and holding weekly church services on Saturday mornings. They come from Jish, Haifa, Nazareth and beyond to pray together and socialize. They also hold weddings and funerals in their churches.

Abu Nassar said Israel’s new government has given the townspeople hope that their demands will be answered.

For the last 12 years, former Prime Minister Benjamin Netanyahu’s governments have consisted of right-wing and religious Jewish parties that were not sympathetic to any Arab claims. The new government led by Prime Minister Naftali Bennett is composed of a wide range of parties, from Muslim conservatives to left-wing Zionists to hardcore fiscal conservatives on matters of both the economy and the Arab-Israeli conflict.

Ghaida Rinawie Zoabi, a member of the social-democratic Meretz Party, agreed with Abu Nassar’s assessment. Foreign Minister Yair Lapid, who will become the prime minister in two years according to the coalition’s power sharing agreement, “is likely to show interest,” said Zaobi, particularly if the case of Iqrit and Biram gains international attention.

Many arguing for the return of Biram and Iqrit believe Israel’s reluctance is founded in fear that it would set a precedent that would awaken demands for the “right of return” for all Palestinian refugees displaced in the 1948 war.

But Riyad Ghantous, a son of Biram natives who watched his own eldest son, George, be married in the village’s church on Aug. 28, said the Israelis’ promise of a two-week evacuation makes it different from any other case of the hundreds of villages evacuated in 1948. After repeated disappointments of the court decisions, it is time, he said, for political powers to do the right thing. 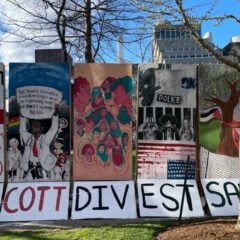