(RNS) — President Joe Biden and Secretary of State Blinken have expressed their support for the Abraham Accords, their predecessors’ Middle East peace-building achievement, and have committed to continue the U.S. effort to expand the circle of Arab-Israeli peace. To do so, it will be important not only to advance normalization as a strategic objective, but to bolster interreligious bonds in the specific and deeply significant name of Abraham. Such ties are an essential feature of sustainable peace.

Almost all past attempts to resolve the Arab-Israeli conflict, and that between Israel and the Palestinians in particular, have studiously avoided representatives of the parties’ faith communities. This is not difficult to understand, given the violence and hate perpetrated in the name of religion, especially in the Middle East.

If one does not want religion to be part of the problem, however, the answer cannot be to avoid it.

Excluding faith from diplomatic processes marginalizes peace-loving religionists and their leadership, who represent the overwhelming majority, and cedes the public square to extremists, allowing them to be seen as the authentic voice of religion. Concealing the presence of moderate religious communities intensifies the impression that peace initiatives are inimical to the interests of the devoutly religious. If we do not want religion to be part of the problem, it must be part of the solution: the more visible faith is, the better.

The impressive success of the Abraham Accords lies in no small part in the vision embodied in their name. One of the agreements’ key architects behind the scenes shared with me the following comment:

We did indeed intend on bringing these three peoples together for peace through the undeniable link of faith. For this to be a sustainable peace, we need to make this about ‘people to people’ relationships versus strictly government to government. We wanted this accord to be based on common and shared faith and beliefs to highlight our similarities versus differences.

The Arab world in particular is deeply rooted in religious faith. One reason past peacemaking attempts have failed, many believe, is a lack of understanding of how profoundly the identities of those involved in the conflict are rooted in religious heritages. The conflict is not only about territory, resources, security and political power. It also involves intangibles that relate to how each tradition views (and teaches about) the others.

Unfortunately, we have seen how ignoring negative teaching about the other undermines constructive diplomatic efforts. Creating a positive climate not just through trade and commerce and security collaboration, but also through interreligious engagement, cooperation and education is critical.

I have been privileged to witness firsthand the startling interreligious dialogues that have taken place under the auspices of the major political players over the past six years. Particularly notable has been the work of the Forum for Promoting Peace in Muslim Societies, led by Sheikh Abdullah Bin Bayyah. His summit, hosted by King Mohammed VI in Marrakech, and its declaration, as well as his new Alliance of Virtue signed in Abu Dhabi by leaders of the other Abrahamic religions and an array of prominent Muslim scholars, have trailblazed a constructive Muslim vision for advancing pluralism and respect for religious diversity.

Such developments have contributed enormously to overcoming negative stereotypes, generated a changed perception of our communities and their place in this region and paved the way for the Abraham Accords.

That is why the name Abraham is so significant. Highlighting our common father in faith demonstrates the fact that we may be seen as one extended family, despite all the important differences that must be respected.

The Abraham name served and serves to generate a much-needed paradigm shift in perceptions of peace and conflict resolution among religious and political leaders alike. As important as all the tangible areas of cooperation are, it is critical that the “people to people” engagement be encouraged to flourish at all levels. Interreligious dialogue can provide what might be termed as the “psycho-spiritual” glue that is so essential for developing and sustaining these relations and building peace in the region as a whole.

RELATED: Can there really be peace between Israel and Palestinians? 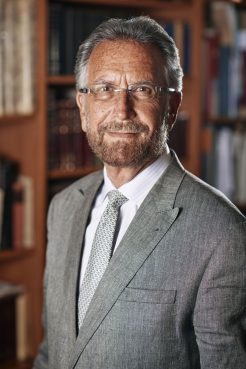 Normalization between states is built upon shared interests and pragmatic political considerations. But if we aspire to forge truly sustainable peace between people, we must also invoke the values and identities by which they define their lives.

(Rabbi David Rosen is the American Jewish Committee’s Jerusalem-based international director of Interreligious Affairs. The views expressed in this commentary do not necessarily represent those of Religion News Service.) 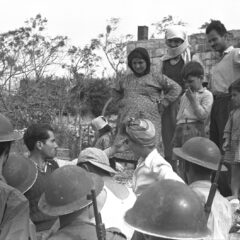 News
Trump ambassador launches his own religious freedom franchise
Follow us on Facebook!
Submit your photos to RNS