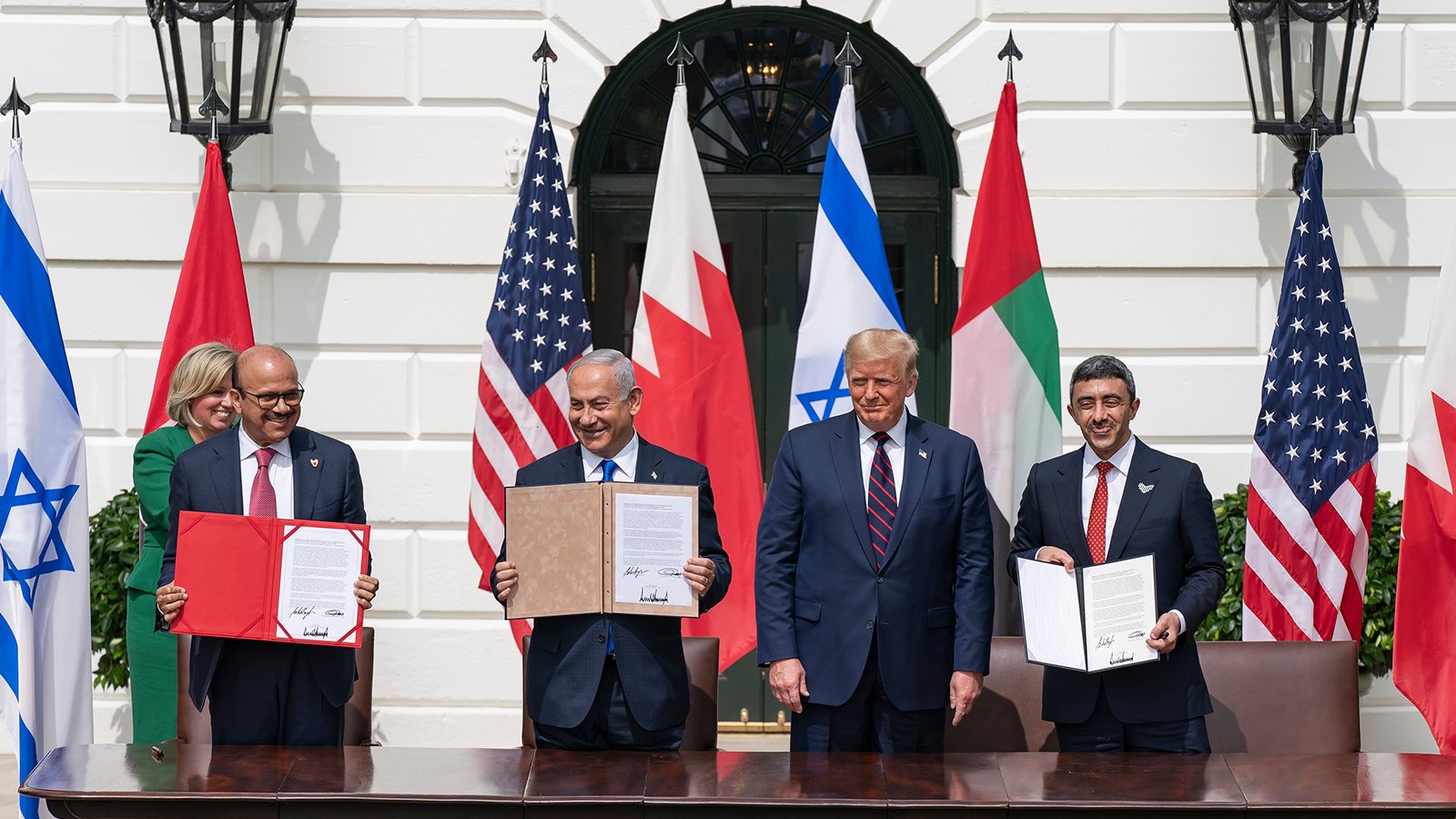 (RNS) — The Sudanese government’s decision to join a multinational peace agreement with Israel known as the Abraham Accords has been celebrated by religious groups that had been suppressed under Sudan President Omar al-Bashir, who was toppled in a 2019 popular coup.

Sudan differs from the other nations that signed agreements fostered by the Trump administration, however. While Morocco, Bahrain and the United Arab Emirates had largely made their peace with Israel already, Sudan and Israel have had a bloodier history. As recently as 2012, suspicions that Khartoum was supplying arms to Hamas in Gaza prompted airstrikes, mostly likely by Israel, on munitions depots in Sudan.

But Sudan is also different because it is home to a small but vocal group of Muslim backers of the pact, in stark contrast to Islamist groups — and, often, Sudanese popular opinion.

OPINION: Abraham would be proud

Prominent members of Sudan’s Ummah Party and the smaller Republican Brotherhood movement, both with deep religious roots, have hailed Sudan’s peace treaty with Israel as vindication for their years spent publicly or privately advocating for such a deal.

Citing “new realities in the Middle East and the Red Sea,” Ummah leader Mubarak al-Fadil al-Mahdi said his party “stands firmly behind establishing relations with Israel.” In October, Ummah joined with two other secular parties to call publicly for the normalization of ties with Israel. But al-Mahdi has been advocating for peace with Israel since at least 2017, when he praised the country’s “moral values” and democratic norms in a media appearance that sent political shock waves across the country and seemed to openly criticize al-Bashir.

The Ummah Party’s support for Israel has deep roots. Closely affiliated with the spiritual descendants of Muhammad Ahmad, the self-proclaimed Mahdi (“guided one”) who led an 1881 revolt against Anglo-Egyptian rule, the party predates Sudan’s independence from Britain in 1956. Ummah representatives held secret meetings with Israel on trade issues and their concern over the rise of Egyptian leader Gamal Abdul Nasser.

At the time, Sudan had a thriving if small Jewish community of over 1,000, which grew after the 1956 Suez Crisis, when Arabic-speaking Jewish families fled to Sudan from Egypt to escape the excesses of the Nasserite regime. In 1956, a young Sudanese Jewish woman was selected to represent the country in a beauty contest in Egypt, but her title was taken away when organizers learned of her faith.

In the 1960s, as leftist groups gained prominence in the Sudan, anti-Israel propaganda intensified, and after Israel’s victory in the 1967 Six-Day War, an Arab summit held in Sudan yielded the Khartoum Resolution, which laid out “The Three No’s”: No peace with Israel, no recognition of Israel, no negotiations with Israel.

“In the late 1960s the Jewish families started fleeing incognito, due to propaganda and ideology,” said a member of the last Jewish family to remain in Sudan, who spoke to Religion News Service by social media on condition of anonymity. “I and a few others stayed, I am the 3rd generation of family in Sudan no one has harassed us and we have lovely Muslim friends.”

During this period, however, Mahmoud Mohammed Taha, founder of the Republican Brotherhood Party, became one of the first Muslim leaders to call for rapprochement with Israel. Taha would be hanged for alleged apostasy in 1985, but his writings and recordings of his speeches continued to be influential at home and in the wider Islamic world.

“Taha believed that Israel was that force that would drive Arabs closer to God,” said Abdullahi Ahmed An-Na’im of his former mentor.

A leftist who was nonetheless condemned as a sellout to American imperialism for his views on Israel, Taha “was a consistent voice for peace with Israel and turning the country to focusing on development rather than chasing an illusion during his life,” said Naim.

Following his execution, many of Taha’s immediate family and disciples fled the country, with a number of them ending up in the United States — Naim, today a professor of law at Emory University, among them. Members of the Qadiriyya Sufi order perform outside the tomb of Sheikh Hamed al-Nil, a 19th-century Sufi leader, at Omdurman district, in Khartoum, Sudan, on June 28, 2019. (AP Photo/Hussein Malla)

Al-Bashir’s 30 years in power were marked by near-constant conflict among different groups in the country before “South Sudan” became an independent state in 2011. Though aligned with Iran for much of his reign, in 2014 al-Bashir’s government abruptly gave Iranian diplomats 72 hours to leave the country and accused Iran of attempting to convert Sudanese to Shiite Islam.

That same year, the local Sudanese press reported that a Kuwaiti Shiite scholar had called for a revolt against al-Bashir for his treatment of the country’s small Shiite community, which had largely emerged with Iranian support.  Taraji Mustafa, a Canadian woman who had lost her Sudanese citizenship after establishing the Sudan-Israel Friendship Association, was welcomed back to the country in 2015 and even met with al-Bashir.

With al-Bashir’s fall, many of his opponents who fled abroad have drifted back to Khartoum — Sudan’s sprawling capital where the Blue and White Nile tributaries meet. Efforts to revitalize the Taha movement have begun, including a recent seminar in Khartoum and a public event to commemorate his execution on Jan. 18.

Elsewhere there are signs of new religious freedom. The Jewish cemetery in Khartoum has been restored with the help of descendants of Sudanese Jews abroad and the permission of the Sudanese government for the first time in decades.

This week, an interfaith conference in Khartoum organized by Abu al-Qassem Bortoum, a former member of the Sudanese Parliament, included representatives of the Muslim, Christian, Jewish and Hindu faiths, despite criticism from certain Islamist groups.

In 2015, Bortoum was removed from the Sudanese Parliament for publicly calling for the normalization of ties with Israel and for criticizing Sudan’s system of Islamic law.