(RNS) — Steve Phelps gave up on God years ago.

But the former Baptist music director and his wife still believe in tithing. So, every month, they make an automated donation to keep their home congregation going.

Phelps is a board member of the Nashville Sunday Assembly, a congregation of nonbelievers that has faith in the power of community. The group gathers monthly to sing together, give testimonies and even hear a secular version of a sermon.

Until COVID-19 hit, there was even a potluck.

“You should taste our casseroles,” said Phelps.

For the past eight years, nonbelievers like Phelps have met on a regular basis in about 70 cities in the United States and Europe. They are engaged in an ongoing experiment that essentially asks, “Can you build a sustainable community that offers all the social benefits of a church but without God?”

The answer is not yet clear, especially in a time when trust in institutions is on the decline and COVID-19 makes it difficult to meet in person. Still, Phelps and a group of other volunteers from assemblies around the country are determined to give it a go. 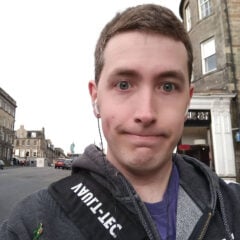 Ross Llewallyn is one of them. A software engineer who serves as president of Sunday Assembly Atlanta, Llewallyn grew up in a family that he described as “lightly Methodist.” They went to church together, and he spent time at Methodist youth camps during the summer, experiences he looks back on fondly.

But the belief in God didn’t stick.

When Llewallyn heard about the Sunday Assembly, the brainchild of a pair of atheist British comedians who missed the human side of church, he was drawn to it. He enjoys the sense of community as well as the Sunday Assembly’s motto: Live better, help often, wonder more.

Putting that phrase into practice takes a lot of work. Someone has to raise money to put on events, find a space to meet, organize small groups, make the coffee and handle the dozens of logistical tasks needed to pull group meetings off.

RELATED: Do atheists need their own church?

For Llewallyn, the effort is worth it.

“When I’m feeling the best about Sunday Assembly, what I think about is — this did not have to happen,” he said. “Entropy says that actually, we should be all back at home, reading books or watching Netflix, instead of being together. We’re not gathered together to think about a theme, or sing songs about that theme or plant trees together.”

Llewallyn is a board member for Sunday Assembly America, which recently spun off from the United Kingdom-based Sunday Assembly organization. The group is busy drafting a mission statement and other institutional tasks, such as how to create a representative governance structure. They have also been working on a job description for a national support person to help local assemblies with planning and logistics, as well as getting new assemblies off the ground.

In the short term, Llewallyn is serving in the support role for the Sunday Assembly in Las Vegas, which is doing some planning about its future. As a facilitator, he’s asking members of that assembly two main questions: “What do you want your assembly to be?” and “Do you have the capacity to pull that off?”

One of the challenges of the process is that assembly leaders can’t appeal to religious or spiritual authority in order to motivate people to get involved. Everything is voluntary.

“We can’t promise you heaven and we can’t threaten you with hell,” said Richard Treitel, a board member of Sunday Assembly Silicon Valley.

Ben Zeller, associate professor of religion at Lake Forest College in the Chicago suburbs, said the Sunday Assembly is facing the same challenges new religious movements face — how do you turn the vision of a charismatic founder into an institution?

New religious groups often have a sense of urgency, believing their actions have eternal or transcendent importance.

“It’s easier to organize if you think your founder is the messiah,” said Zeller.

Some godless movements have found a way to build sustainable institutions. For example, the Ethical Society of St. Louis began meeting in the 1880s and still remains a viable congregation. Some of that is luck and some of that is due to having a strong institution, said James Croft, the society’s leader. 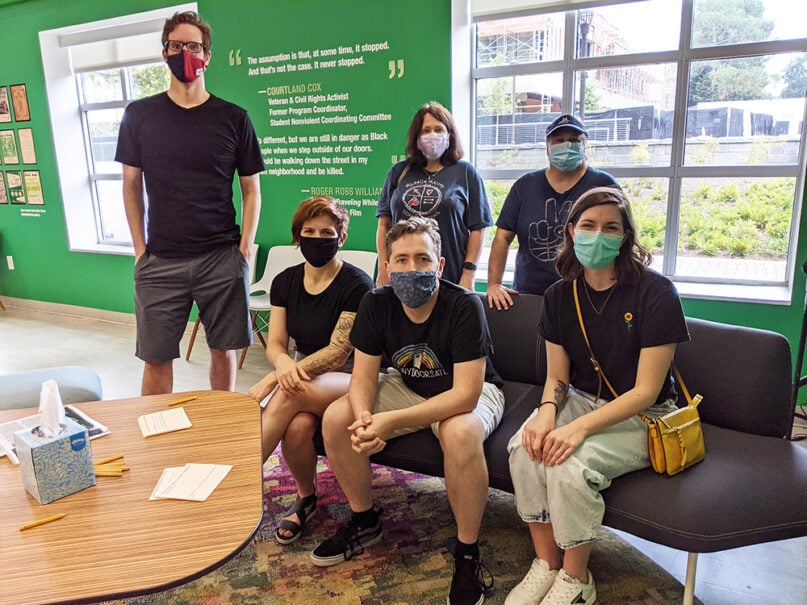 Sunday Assembly members after watching a short film on the Black experience traveling from the times of the Green Book to today. Photo courtesy of Ross Llewallyn/Sunday Assembly

The Ethical Society’s founder, the son of a prominent rabbi, imagined building a community that was open to everyone and would promote human dignity and social change for the better. That vision came along at a time when many wealthy people were investing in philanthropy, and so from the beginning, the society had resources to work with.

Their founder, Felix Adler, was also intentional about building an institution, said Croft.

“He was charismatic and had a very clear idea of what he wanted to create,” according to Croft.

Croft said Adler realized many of the benefits of organized religion come from the organized part, not the religious part. Being part of a value-based community is good for you, he said.

“If you believe that, then building a community is an essential component of what you are doing,” Croft said. “It’s not an added extra.”

Community-building has proved a challenge in the time of COVID for Sunday Assemblies and religious groups alike, because both rely so heavily on volunteer involvement and are built around in-person gatherings.

Treitel, a Silicon Valley software engineer, said he often compares notes with his wife, a music director at a Presbyterian church, and finds they face similar challenges.

Like many other assemblies, the Silicon Valley group has struggled during COVID, because they can’t meet together. At its peak, the Sunday Assembly movement claimed about 70 congregations. That number has dwindled to less than half that now, with many groups folding or becoming inactive.

While he loves the singing at monthly meetings — and getting a chance to dance as the music plays — what Treitel appreciates most are the friendships he has made in the groups. Those friendships, his wife tells him, have made him a happier person.

Treitel said he wonders at times if the Silicon Valley group can survive longterm. Some members have fallen away during COVID, while others are so busy they don’t have time or energy to invest in organization-building.

Still, he’s not willing to give up.

There are always plenty of churches, he said. If one closes, another one will open in its place. Not so for the Sunday Assembly.

“There’s only one other Sunday Assembly within 100 miles of here,” he said. “I feel like there is need for one — or that there damn well ought to be one.”

RELATED: Being godless may be good for you, new study finds.